The multi-figural composition depicts nymphs flirting with Satyrs and resting bacchantes who have been charmed by Pan (in Latin Faun), the Greek god of the forest, fields and herds, playing his syrinx. This slightly erotic theme is usually interpreted also as an allegory for Purity subdued by Lust. In the foreground of the scene, Pans reed pipe syrinx is tossed aside  on the right there is a little baby in a cradle, probably little Bacchus, who was entrusted into the nymphs care for upbringing. In the background an ancient, circular temple is depicted with a flaming altar in front of it.  Nymphs and satyrs can be seen bringing their gifts to Pan. The etching was originally created by Franz Ertinger, a German graphic artist, drawer and painter of miniatures, who worked in Antwerp, Rome and Paris. It was in the latter where he became "graveur du Roy" in 1707. The model for the graphic was a drawing by French artist Raymond de Lafage preserved in the Louvre, Paris. Publisher Van Der Bruggen published the print in Paris in 1689. Lafage often develops the theme of bacchanalia in his drawings and graphics. Their style captures one’s attention with a strong first impression and handwriting that has the character of a graphic sketch. 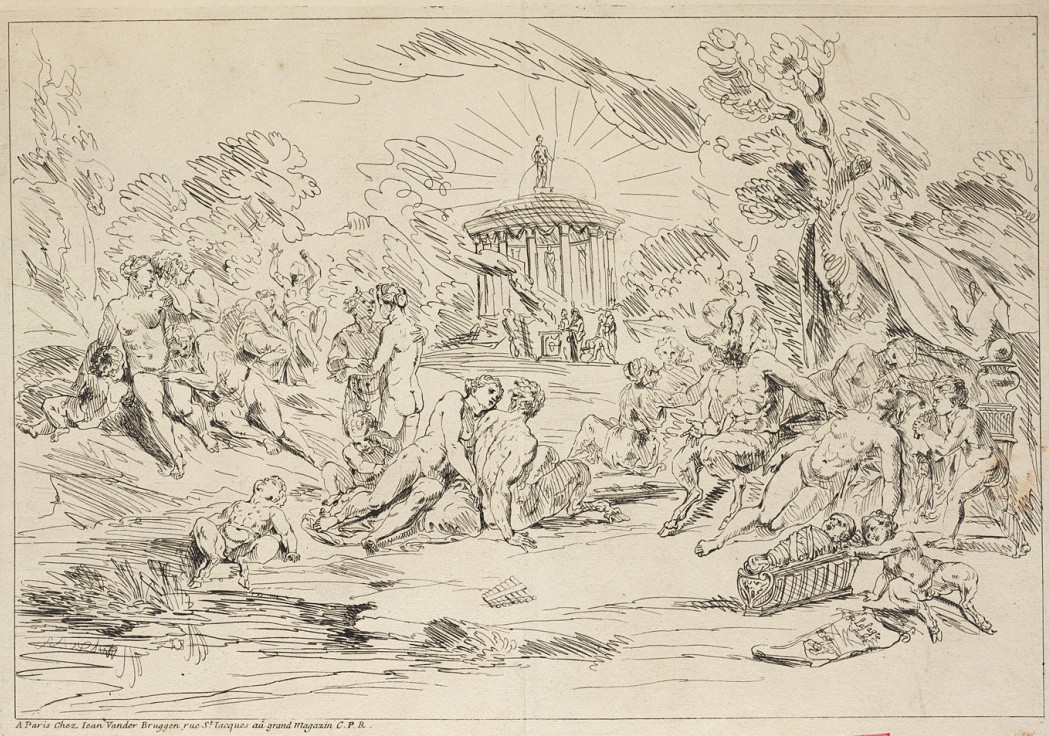