The architectural collection of the Olomouc Museum of Art includes urban studies and planning documentation of buildings and models from the 19th century to the present. Its provenance is mostly Moravian, but a significant portion of the collection is from outside Moravian borders. The collection includes a number of architectural works related to Olomouc in the 19th and the first half of the 20th century.

The present appearance of Olomouc and its urban development after 1900 were strongly influenced by Viennese architect Camillo Sitte (1843-1903). His zone planning from 1984 followed the gradual development of the city as it started to liberate itself from the grasp of the city wall. Inspired by Vienna and Brno, this prominent urban theorist designed a metropolitan circular avenue for the western part of Olomouc which was intended to be followed by a varied development of residential buildings around public areas of different shapes. The tram loop surrounded Olomouc at the very edge of the city parks. In his plan for Olomouc the architect expressed his own opinion on the free formation of the city, although conditioned by an organic link between new and old development. 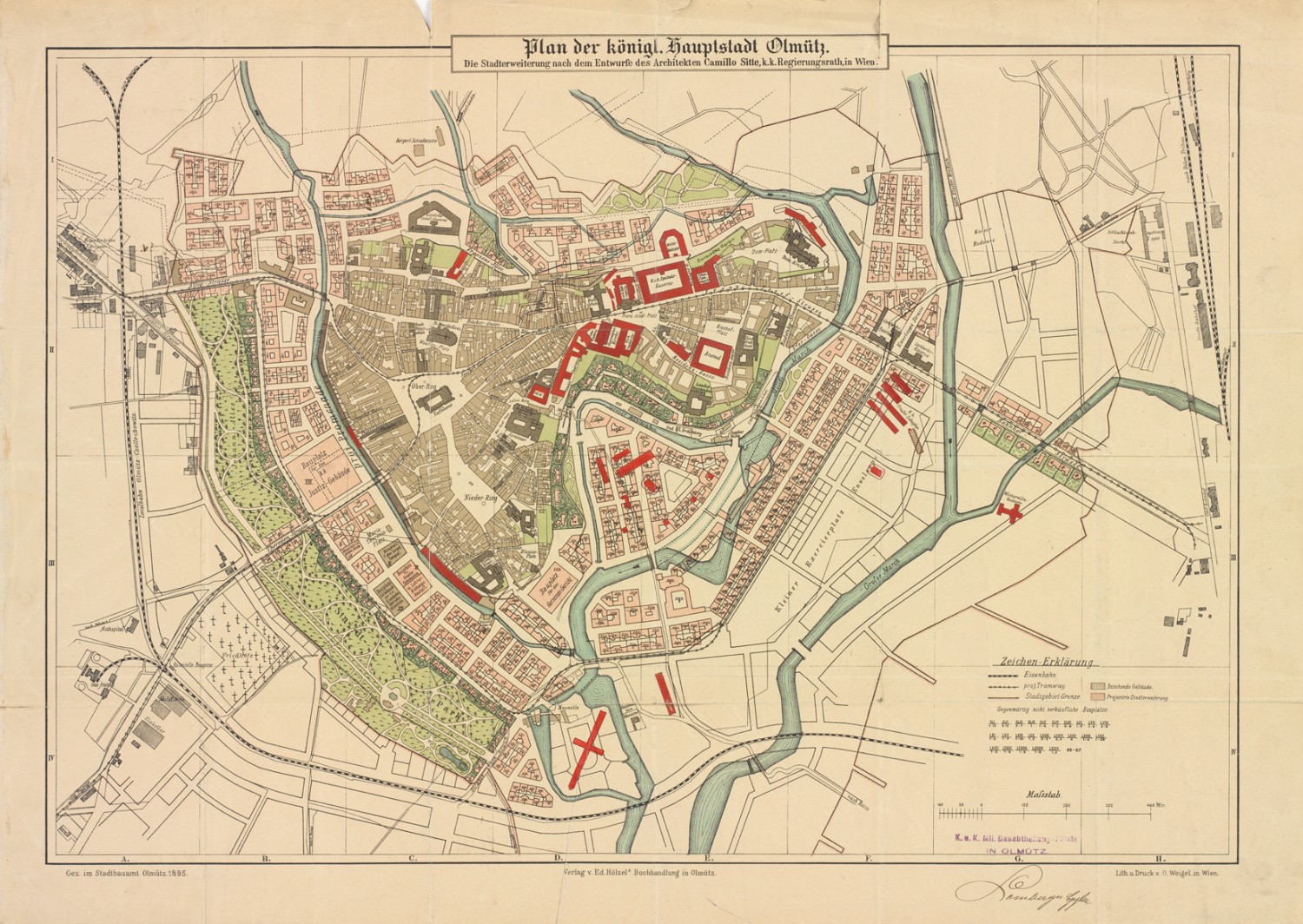