To celebrate ten years since the opening of the Archdiocesan Museum opens new permanent exhibitions and the Museum of Modern Art this year will complete the reconstruction of buildings in Denis Street. These are in addition to the main exhibition plans Olomouc Museum of Art for the year 2016. According to director Michael Soukup is also essential definitive solution to the future of the Central European Forum.

Archdiocesan Museum in Olomouc in June will celebrate ten years since its opening. On this occasion, we will see complete replacement of its permanent exhibition, which presents 16 halls at the 300 art treasures from the 11th to 18th centuries from state and church collections. "Ten-year operation has examined the possibility of presentation of ancient art in the historic rooms and its educational potential. Leveraging experience in diverse exposure. We will focus on larger thematic coherence of individual parts, increasing the attractiveness of the installation and its contents," said Soukup. The exhibition, which will be inaugurated on June 2, appears as yet unexposed exhibits.

Thanks to cooperation with the Olomouc Archbishopric Museum of Art managed to establish cooperation with the renowned Metropolitan Museum in New York, which to celebrate the anniversary of the opening of the Archdiocese Museum will lend jewel of his collection. "These days we are finishing negotiations. We are interested in the work of the famous Spanish Mannerists El Greco,"said deputy director Ondřej Zatloukal.

Permanent exhibition will complement the new guide book and we will expand offer of educational aids. „We plan to create an interactive area in the exhibition,“ added Zatloukal.

Construction work and installation will require limitation of the operation for the public. From 8 March to 1 June the exhibition will be closed.

Changes this year also will see the building of the Museum of Modern Art. Until October will proceed overhaul of the roof and facade. Construction work has already been partially restrict the operation of the museum. Until the end of June is a closed permanent exhibition A Century of relativity. Reconstruction of the facade will be held in the summer. "These changes have the greatest pleasure, because after thirty years of operation, the building finally end up being decent shape. While repair includes replacement of all the shop windows on the ground and return to the original, slightly ocher building,"said Soukup. Renovate building the museum wants to present to the public on October 27, on the occasion of the 100th anniversary of the original reconstruction, which in 1916 was designed by architect Jaroslav Kovář older.

But the facade is the latest investment plan of the museum. "We will reconstruct the former cinema Central. If everything goes well, we would like to complete it in 2018. And of course, the culmination of our efforts would be the implementation of the Central European Forum Olomouc, recalled Soukup ambitious project which envisages the construction of a new building in a vacant lot adjacent to the existing museum building. The construction should have been paid from the Integrated Operational Programme, but the request failed in 2011 for alleged failure to comply with conditions of acceptability.

Implementation, which will cost about 350 million crowns, director of the museum wants to finally resolved this year. "Remain two financing options - from European subsidies, or from the state budget. For European subsidies is a limit of 140 million crowns for one project and this limit is unfortunately insufficient. Then appears as a last resort the state budget. And I want to try with the Ministry of Culture to find a definitive solution to this situation, "said Soukup. The new building is a necessity, according to him. "Mainly because the facility had insufficient capacity in the long term our activities nor visitor service meets the parameters of European standards," said the director of the Museum of Art in Olomouc.

OLOMOUC PICTURE GALLERY IV
European painting of the 19th century from Olomouc collections
25/2 – 25/9/2016
Olomouc Archdiocesan Museum / Gallery
For the fourth and last time we will make good use of the long-term research into collections of paintings in Olomouc. Following successful exhibitions of Italian, Dutch, and Central European paintings, we will focus on 19th century painters.  You will enjoy the works of Václav Brožík, Vojtěch Hynais, Antonín Chittussi, Julius Mařák, Antonín Slavíček, Antonín Hudeček, Luděk Marolda, Alfons Mucha, and many others. We will issue a scholarly exhibition catalogue.

By charcoal, paintbrush, scalpel…
Collection of drawings of the Olomouc Museum of Art
28/4 – 25/9/2016
Museum of Modern Art / Triple Nave
We will map out changes in the art of drawing from ancient times almost up to the present.   However, most of the works will be from the 20th century. You will familiarize yourselves, in an intimate form and installation, with all basic trends from the first half of the 20th century: from Symbolism, Expressionism, Cubism and Civilism, to abstract discharges and surrealism.  The second half of the 20th century will be represented by lyrical and gestural abstraction, experiments from the 1960s, conceptual tendencies, as well as post-modernism.

Flower blooms and other worlds
28/4 – 14/8/2016
Museum of Modern Art / Gallery
Motifs of blooms and inflorescences in the works of Art Brut artists. The works of renowned artists of Art Brut, which is art in its original, rough state, such as the remarkable paintings of world-famous Anna Zemánková, the fanciful blooms of Cecilie Zemánková, Adéla Ducháčová, Josef Kotzian, Anna Haskel and other, as-yet-unrecognized artists.

Memento Tiziani
19/5 – 15/9/2016
Archdiocesan Museum in Kroměříž, Orlovna Gallery
The loan of Tizians painting Apollo and Marsyas  to an exhibition of Renaissance Art in the Metropolitan Museum in New York inspired an exhibition whose leitmotif will be paraphrases of the world-famous and unique Kroměříž collections.  Organizers from the Orlovna Gallery have already invited over a hundred renowned visual artists.  The National Gallery in Prague, The Museum of Moravian Slovakia, and a number of other institutions are also involved in the project.

In Glory and Praise. A thousand years of spiritual culture in Moravia
Reinstallation of a permanent exhibition
From 2/6/2016
The Archdiocesan Museum of Olomouc was inaugurated on the 1st of June 2006 and so this year we will commemorate ten years of its existence.  Over the ten years of its operation, we have examined possibilities for the presentation of ancient art in historical premises as well as the educational potential of the museum. We will make good use of the experience we have gained in the overall alterations to the exhibition. We will enhance the thematic interconnection of individual sections and make the installation and its content more attractive. We will also extend the exhibition with new and previously unseen exhibits, such as the wings of the Gothic altar of Lubina.  We are working on a guidebook and we will extend the existing offer of educational aids.  In addition to the childrens guidebook and to a collection of narrative self-service sheets, we are going to establish an active visitors zone in the heart of the exhibition.

Ad maiorem Dei gloriam
2/6 – 25/9/2016
Olomouc Archdiocesan Museum / Ambit
February is the 300th anniversary of the consecration of the distinguished Baroque Church of Our Lady of the Snow, which is a University church on the one hand and on the other, a church closely related to the activity of the Jesuit Order in Olomouc. In 2016 we will also commemorate the 450th anniversary of the arrival of Jesuits in the city. The exhibition will present the significance of the church in a historical and an art-historical context as well as in the context of the history of Olomouc.

Century of Relativity
Permanent exhibition of the 20th century fine art
From 30/6/2016
Museum of Modern Art / Gallery, Mansard
Having refurbished the interior, we will reopen a permanent exhibition of the best works from our rich collections of 20th century fine art. 140 exhibits and 120 artists will take us through the tumultuous development of, primarily, Czech modern visual art. The exhibition will be complemented by explanatory texts and, most importantly, by accompanying programmes. We will also extend the offer of self-guided educational activities.

Jindřich Štreit
Unknown photographs 1978 – 1989
30/6 – 30/10/2016
Museum of Modern Art / Salon, Cabinet
An exhibition held on the birth anniversary of one of the most important Czech photographers who became famous for his documentation of life in the countryside during fading socialism. Even though he presented his works at hundreds of individual and collective exhibitions, both home and abroad, there are still photographs which have not yet been exhibited or published.  Such photographs were taken before 1989. The exhibition and the book are being made in cooperation with the Olomouc Museum of Art and the Institute of Creative Photography, Silesian University in Opava.

Cabinet of Drawings and Graphics
Drawings of ancient masters from the collection of Archbishopric of Olomouc
From 8/9/2016
Archdiocesan Museum in Kroměříž
Only 67 sheets of drawings have been preserved in the Kroměříž ancient drawing collection, yet the set is considered extraordinary and absolutely the equal of the famous collection of paintings. It involves all the past important Italian art centres: Florence, Bologna, Siena, Milan, Genoa, Rome, and Venice.  We will issue a collection catalogue on the occasion of the opening of the Cabinet of Drawings.  Owing to the delicate nature of the material we will not exhibit originals but facsimiles.

Rustle of Angel Wings
Images of angels in visual art from the Middle Ages to the present
27/10/2016 – March 2017
Museum of Modern Art / Triple Nave
Olomouc Archdiocesan Museum / Gallery
We will familiarize you with the long visual tradition of the depiction of angelic beings from the Middle Ages to the present, from themes in which the angel plays a leading, supporting, or accompanying role, to the "freed" angelic motifs in 20th century art.  Some exhibits come from the collections of the Olomouc Museum of Art and the Olomouc Archdiocese Museum as well as from the Archbishops collections in Kroměříž. However, most exhibits will be borrowed from artists studios and private collections.

Studio Phenomenon
Artists books of students of J. H. Kocman
24/11/2016 – 26/2/2017
Museum of Modern Art / Salon, Cabinet
Works by students of the Studio of Paper and Book, founded in 1998 and managed from that time by Jiří Hynek Kocman, a crucial figure of the Brno Circle and a protagonist of conceptual thinking. His students examine and interpret paper and books with respect to their material, structure, and function.  We will present artists papers, artists books, books - objects, paper-art objects, and installations by students and by Jiří Hynek Kocman.

Action Art I
24/11/2016 – 26/2/2017
Museum of Modern Art / Gallery
Documents and recordings of performances, happenings, and body art form an extraordinary unit within our collection of photographs and they are an absolutely unique unit on a national scale.  Ladislav Daněk (*1958), in cooperation with the Brno theorist Jiří Valoch (*1946), started to build the voluminous collection of primarily domestic works from the 1960s to the 1980s. Today, the collection includes dozens of items (Milan Knížák, Hugo Demartini, Zorka Ságlová, Petr Štembera, Jan Mlčoch and others). 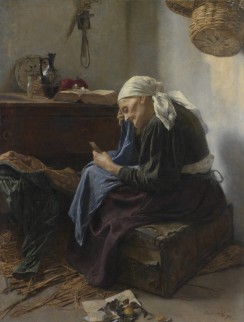 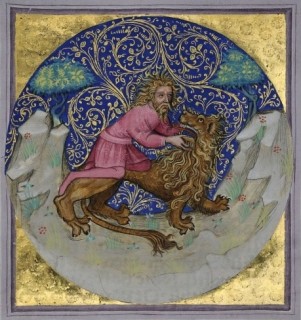 Boskovicka Bible (of Boskovice), about half of the 20s of the 15th century 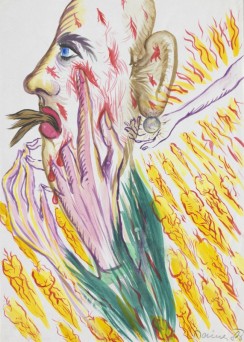 By charcoal, paintbrush, scalpel… | Collection of drawings of the Olomouc Museum of Art 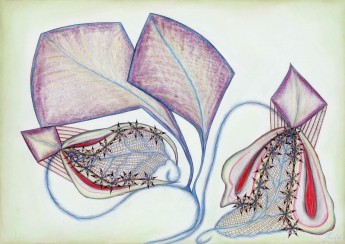 Flower blooms and other worlds 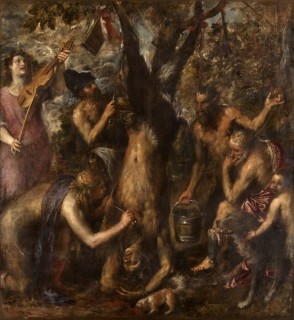 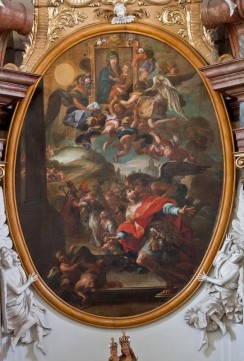 John George Schmidt, Apparitions of Our Lady of the Snows in Rome, 1721 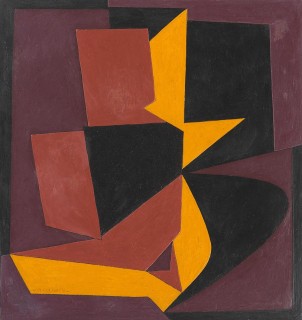 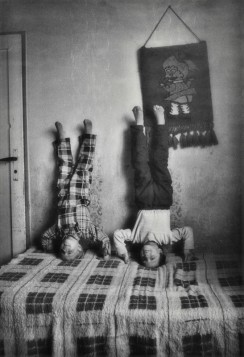 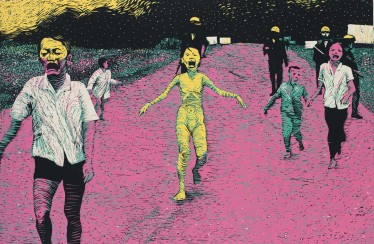 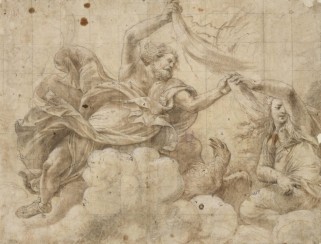 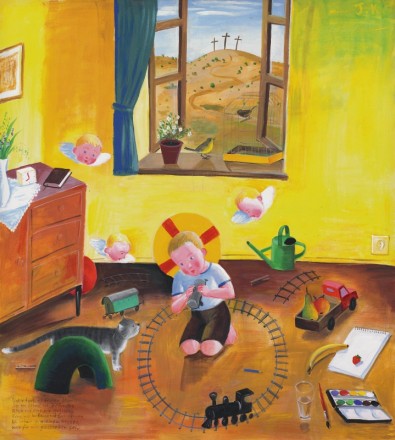 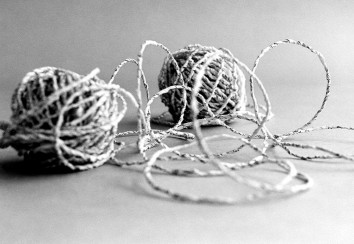 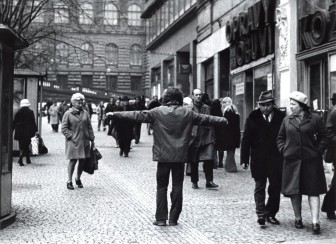