Pécsi Műhely, which may be loosely translated as Pécs Workshop, operated in Pécs in 1969–1981. The name of the group was partially derived from the name of a workshop which refurbished the city’s cathedral in the 19th century. The name also partially expressed admiration of the phenomenon of Bauhaus, an art school where a number of Hungarian avant-garde artists studied.

In addition to the two artists above, the exhibition Scene of the Action: Pécsi Műhely also presented the works of Ferenc Ficzek (1947–1987), Károly Kismányoky (1943–2018) and Kálmán Szijártó (*1946), which means all five most progressive Pécs artists. Most exhibits came from the important collection of the Pécs patriot and enthusiastic collector Mr. Baláz Szluka without whose generosity as well as without help from Sándor Pinczehelyi the project could not be implemented. This crucial collection has been complemented by a smaller set of works from our collection. The exhibition also presents over a hundred works which will make it possible for the professional and amateur public to get familiar with the still inspiring works of Pécs neo-avant-garde artists for the first time in the Czech Republic. In addition to the photographic documentation of happenings, performances, body art and land art implementations, the public’s interest will sure be also gripped by Károly Halász’s objects and records of actions converted from the period video cassettes.

Domestic Traditions and Trends from the West

The first common presentation of these young artists took place in 1969; their exhibition moved to other cities in Hungary the following year. It was repeated for example in Budapest and Miskolc.

Members of the Pécsi Műhely group were confronted with contemporary artistic trends in Central and Western Europe through the initiative of their teacher Ferenc Lantos and also as a result of impulses of the generation younger art curator Lászlo Bek who was a leading personality of the Hungarian neo-avant-garde and conceptual art from the late 1960s. They were confronted with the entire range of contemporary topics, i.e. from neo-constructive art, via conceptual approaches to action art which included happenings, performance, body art and land art. However, the members of the group always respected the domestic tradition of the interwar constructive and avant-garde art which they combined with the contemporary visual language.

Pécs Workshop also deliberately avoided superficial criticism of the communist rule. By their works they really tried revive and interpret, using a new visual language, the directions which had been suppressed in Hungary by the world wars as well as by the bloody revolution in 1956 as a result of which the elites fled the country. The group members were thirsty to get to know new European trends. The wanted to establish a creative space in Pécs where they could experiment with and create their concepts. Of course, they perceived the contemporary social and political situation. That was also why they established the so-called “work team” and used their artistic actions to paraphrase the media propaganda and social life which was organised by the party.

The Hungarian post-war artistic scene suffered from the absence of cultural elites who had fled the country for fear of fascism in the inter-war period. The most important emigrants included László Moholy-Nagy and the Pécs native Victor Vasarely. Therefore, the visual codes which the group members used for example in enamel images or in concepts and layout plans of land art actions were based on constructivism and the geometrical language. The figure almost disappeared from their works created in the late 1960s. If there was a figure, they used it as a shape symbol and as a means for the depiction of a gesture, motion or rhythm which is related to the experimental ballet and theatre environment which was progressively developing in Pécs at the time.

However, all the members created works in the area of painting, drawing, graphic art and photography in the very beginning. Besides they also dealt with applied art. For example they participated in the symposium dealing with the use of enamel in Bonyhád (approx. 40 km away from Pécs) in the early 1970. A number of large-sized boards with geometric structures, which referenced to the constructivist movement and the later op-art, have been preserved from the period of time. However, the medium of photography, which made it possible to immediately capture the spontaneity of artistic action both in the public and private space, still prevailed as the basic means of expression during the period of the group’s top social activities. The development was in line with the period trend of the West European conceptual art which aimed to decommercialise and dematerialise art. Photographic recordings in their original form had primarily a documentary and information value. They only gained an artistic value later on.

Pécs Workshop’s works also crossed the borders of Hungary and that was why their activities were monitored by artists in Slovakia, Czech Republic and Poland and they could have possibly got some inspiration from them. We know that the main action-art representatives in the given countries knew about one another. They actually sent documentation of actions to each other by correspondence. Hungarian action art which also includes the activities of Pécsi Mühely was known among those informed at the time of its establishment and, therefore, we may presume that it could have influenced the works of their Slovak colleagues as well as those of Czech artists. Therefore, we can say without exaggeration that the exhibition is an important impetus to understanding deeper mutual relations with regard to action art in Central Europe.

The Scene of Action: Pécsi Műhely exhibition naturally builds on the exhibition of the Czech, Moravian and Silesian action art from the Museum of Art’s collection which was held under the name Immediate Temples in the same premises: the Cabinet and the Salon, two years ago. The exhibition also acts as a reminder of the fact that the Museum of Art owns an important collection of Central European action art which they keep extending as much as possible. 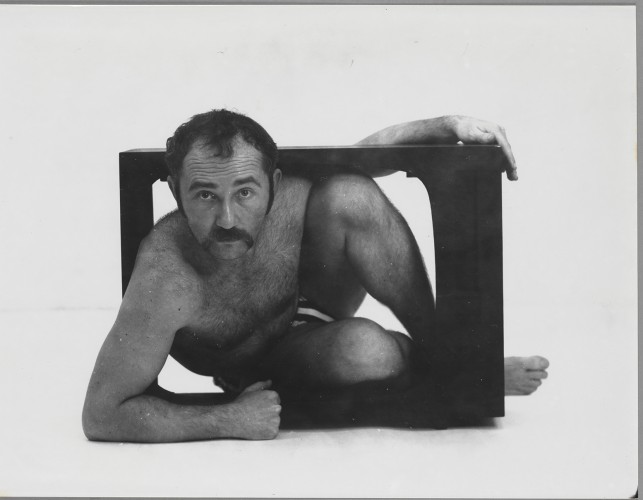 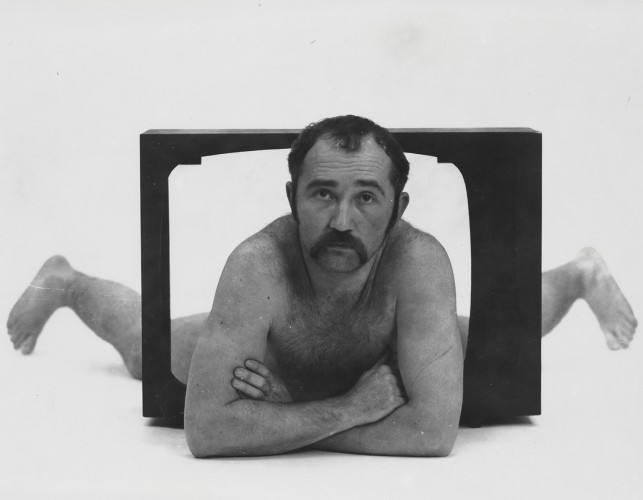 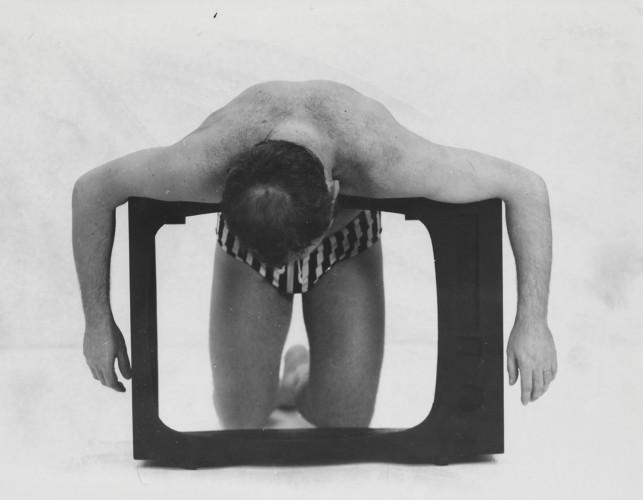 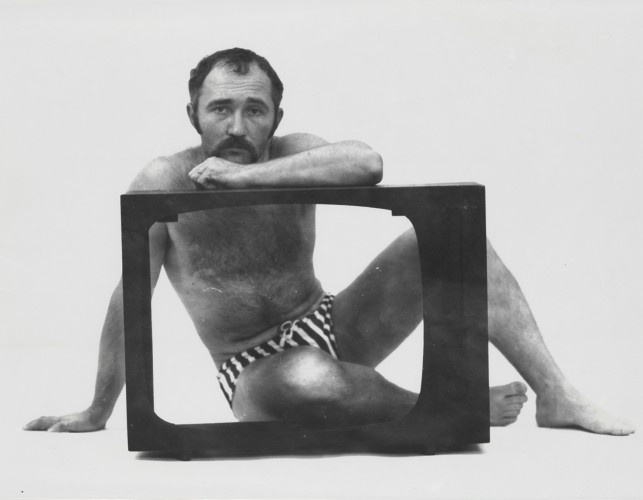 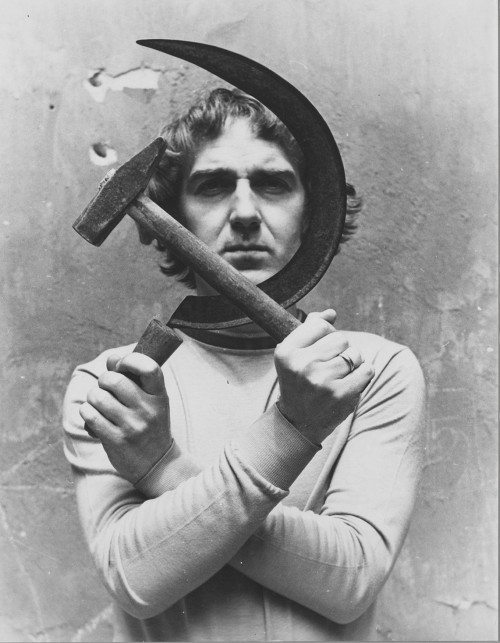 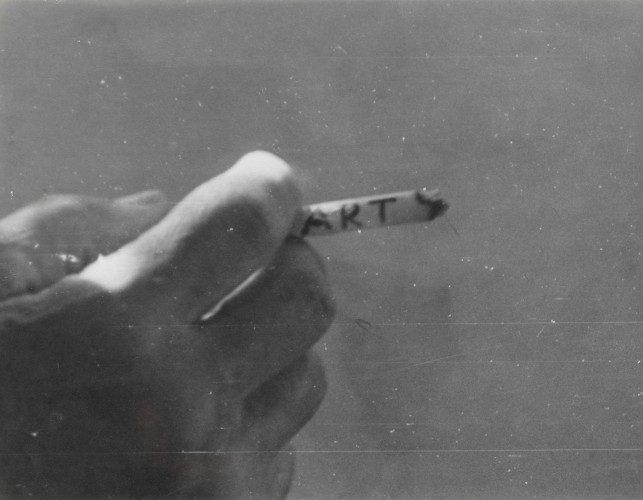 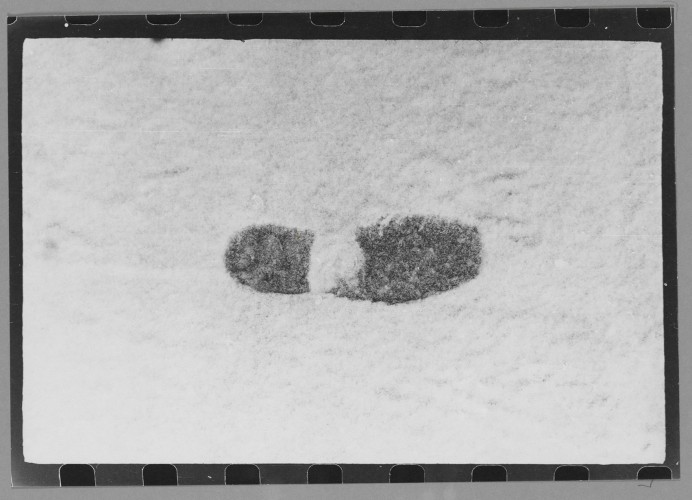 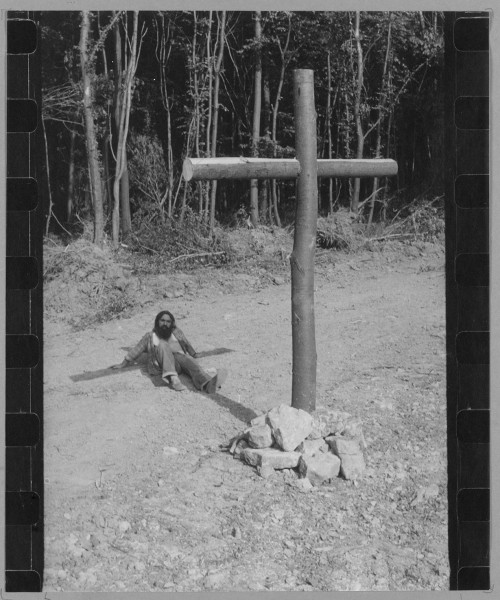