Eliška Blažková photographic cycle depicting the culture and life of ultra-Orthodox Jews in the Jewish Quarter of the most conservative in the world - Mea Shearim in Jerusalem. The author documents the events during the High Holidays and everyday life of neighborhood residents. Images opening doors also in environments of ultra-Orthodox Jewish families, where a photographer pursued not least the difficult role of multiple mothers who begets a large number of offspring bravely seek re-expansion of the Jewish population, which in the past was almost destroyed. 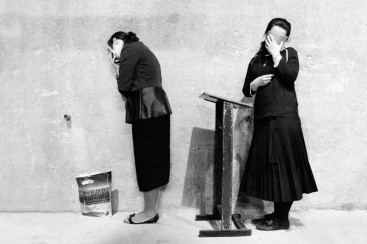 Complete program of the Days of Jewish Culture Olomouc 2016 HERE.