The monumental statue of an angel placed in the honorary courtyard of the Archdiocesan Museum was loaned by the village of Lutín where it stood at the crossroads in the west part of the village. However, this was not the original site as around 1788 it was moved there from an unknown locality in Olomouc. The three-dimensional figure was undoubtedly part of an unknown larger sculpture or architectural object. Today it is completed by an unoriginal metal cross, its iconographic meaning remaining unclear. The excellent rendering, the three-dimensional composition, the modelling of the frilled drapery and the physiognomy of the broad triangular face framed by soft wavy locks, enables us to ascribe the work to one of the most prominent Baroque sculptors who worked in Olomouc - Andreas Zahner. 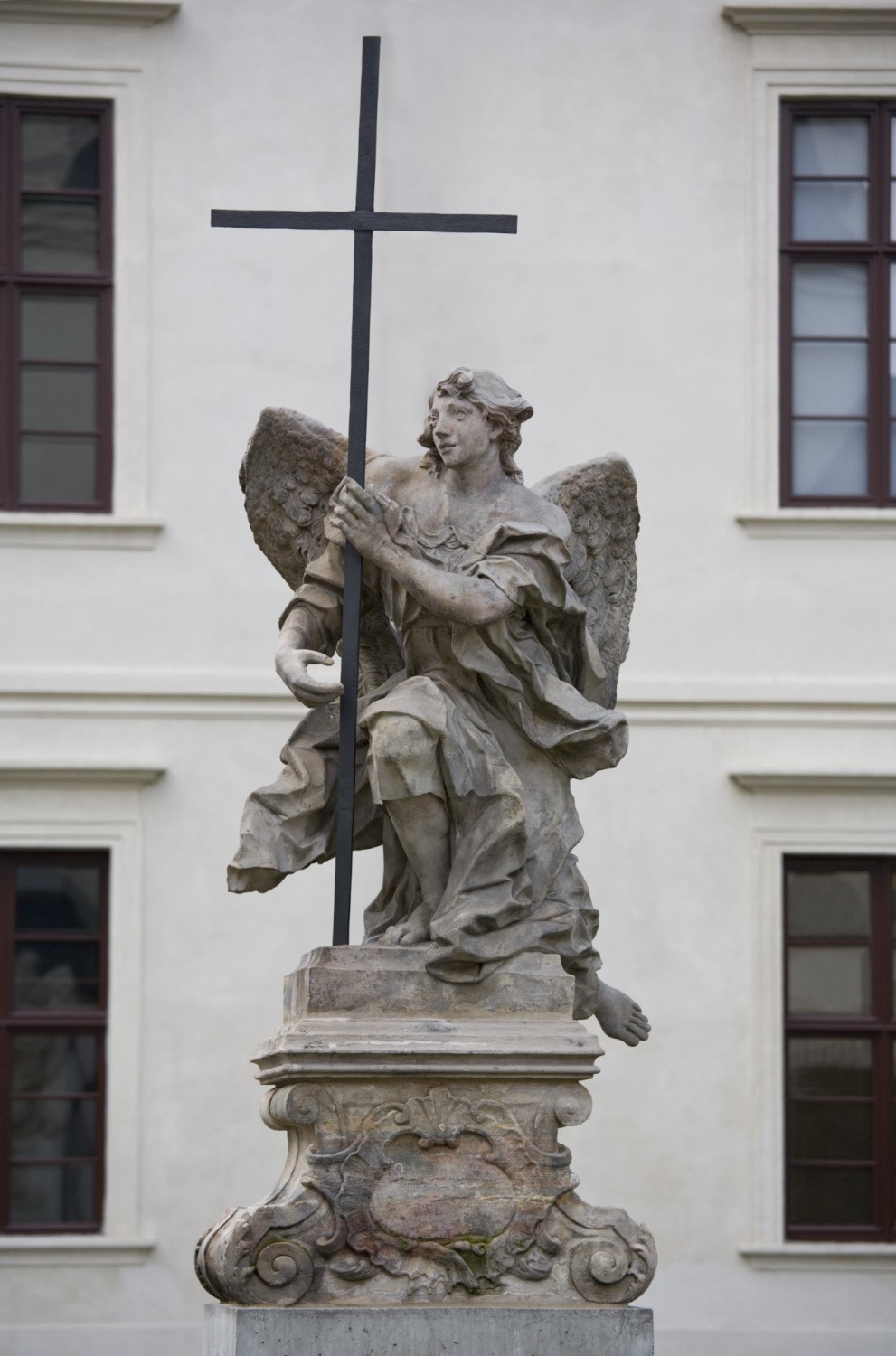