Aleš Veselý’s style was formed in the generation of artists who sought escape from the stereotypes set by both the ideologically dictated socialist realism and the newly discovered Modernism. They were interested in the scope of work with paint as well as sculptural material and through them they expressed their emotions and philosophical views. They presented their work at two unofficial exhibitions, Confrontation I and Confrontation II. Being present at the two exhibitions was important for Veselý and from there his work evolved. He participated in the Paris Biennale (1965), where he won the Critics’ Award for the statue The Chair as a Usurper. He was invited to the international Symposium of Spatial Forms in Ostrava (1967), and this was his first opportunity to work in a large-size format. His legendary statue Kaddish was born there. In connection with it he made seven three-metre-high steel sculptures (Warning Signal, Guard, Spider Tower, Hanging Burden, Executor, Testimony and Memento), some of which are now part of prestigious foreign collections. The Spider Tower was to be a preparatory variant for the statue Tower–Bell, with which Aleš Veselý wanted to enter the competition for the Terezín Memorial (1968). His statue evokes the oppressive atmosphere of the place by contrasting stability and instability, strength and frailty. The materials used, the manner of their application and the background of existential ideas all place the work of Aleš Veselý in the same context as artists of the New Realism, such as Jean Tinguely and Richard Stankiewicz. 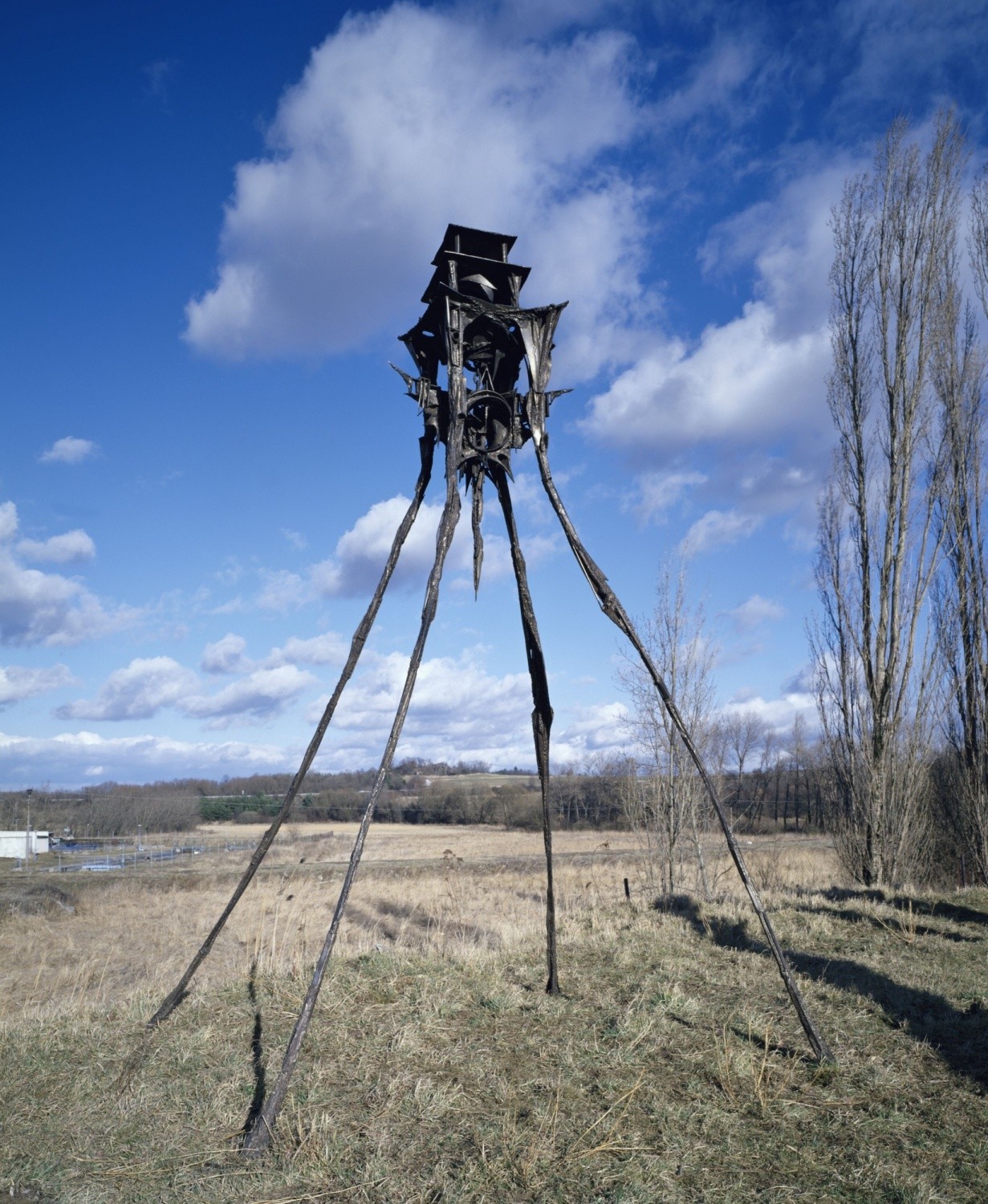