Jiří Novák’s starting point lies in the field of classical sculpture and traditional techniques. After visiting the EXPO 58 World Exhibition he abandoned classical approaches and contours in favour of a fluid and pointed stylisation and soon began creating almost abstract symbols of basic natural forces and events. One of the crucial features of his work was its great technical and dexterity and its interest in technique and construction. After experimenting with various types of artificial materials, from the end of the fifties onwards metal became his main material. From his early works (Fish and Work, Ostrov Nad Ohří 1958-59, Speed, Prague-Strašnice, 1960-61) the main theme of his sculptures is movement. From 1957 he began to master actual movement, the wind or water, the human impulse, an electrical engine. Through his kinetic mobiles Novák joined the global direction being taken at that time by the young generation of sculptors and in the sixties exhibited at Czech and international shows. He applied kinetic aspects to a small extent, but above all in large sculptures accentuating the space of new urban architecture (Light and Shade, PKOJF-Prague 1960, Distances, Prague, Novodvorská housing estate 1963-69, Wings of Butterflies, Liberec, 1969, Reflections, Prague-Horní Počernice, 1986).

Novák’s personal creative approach is most marked in his horizontal sculptures (Mobile for the Czechoslovak pavilion at EXPO 1967 in Montreal, 1967, Mobil for the roof garden of the Federal Assembly, 1969, and a Waves for Czech Television, 1980) – the accretion of individual particles with his own mobile programme. Novák was sought out by his colleagues for his technical abilities as an assistant during the realisation of sculptures, and this sometimes spilled over into a creative partnership (with E. Kmentová, V. Janoušek, V. Karoušek).

As well as his mobile sculptures Novák created a host of stable symbolic works for architecture (Two Entry Emblems of Czech Television, 1983). For decades Novák combined his work as sculptor with restoration and the creation of copies, mainly of baroque sculptures (e.g. copies of the sculptures of St. Wenceslas by J.J. Bendl from the former Horse Market, 1959-60, The Dream of Saint Luitgard by M. B. Braun on Charles Bridge in Prague, 1993-95).

Author: Daniela Kramerová
Text was used courtesy of the author. 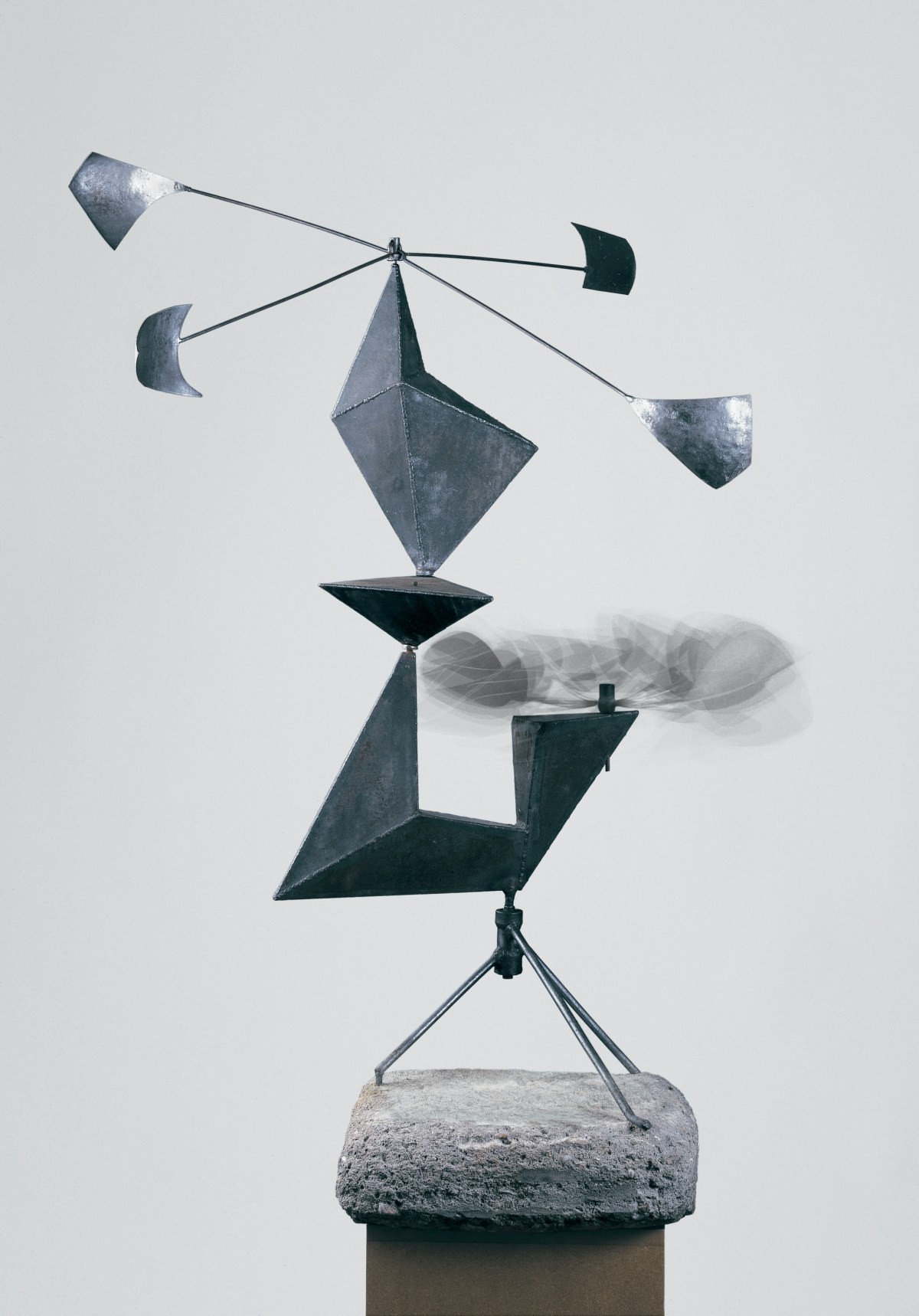