The monument to St. Wenceslas was part of the work of Václav Myslbek for 35 years before he finally produced his masterpiece of monumental realism. The artist became interested in the design for this equestrian statue as early as 1887. Over the years the appearance of the statue changed as Myslbek tried to give form to his ideas. In this he was inspired by the Italian Renaissance (Donatello, Brunelleschi) as well as the work of prominent Czech painters of the 19th century (Mánes, Aleš). In 1894 a competition was announced for the St. Wenceslas monument and Myslbek won. Until then he had only been thinking of a single figure - St. Wenceslas on horseback - but in the next year he changed the design to include reliefs and, later, the figures of the patron saints of Bohemia, to be placed on the sides of the high pedestal. In the final version in Wenceslas Square in Prague the prince is accompanied by four saints: St. Ludmila, St. Agnes of Bohemia, St. Procopius, and St. Adalbert. The last of the statues was set in place only after the artists death. 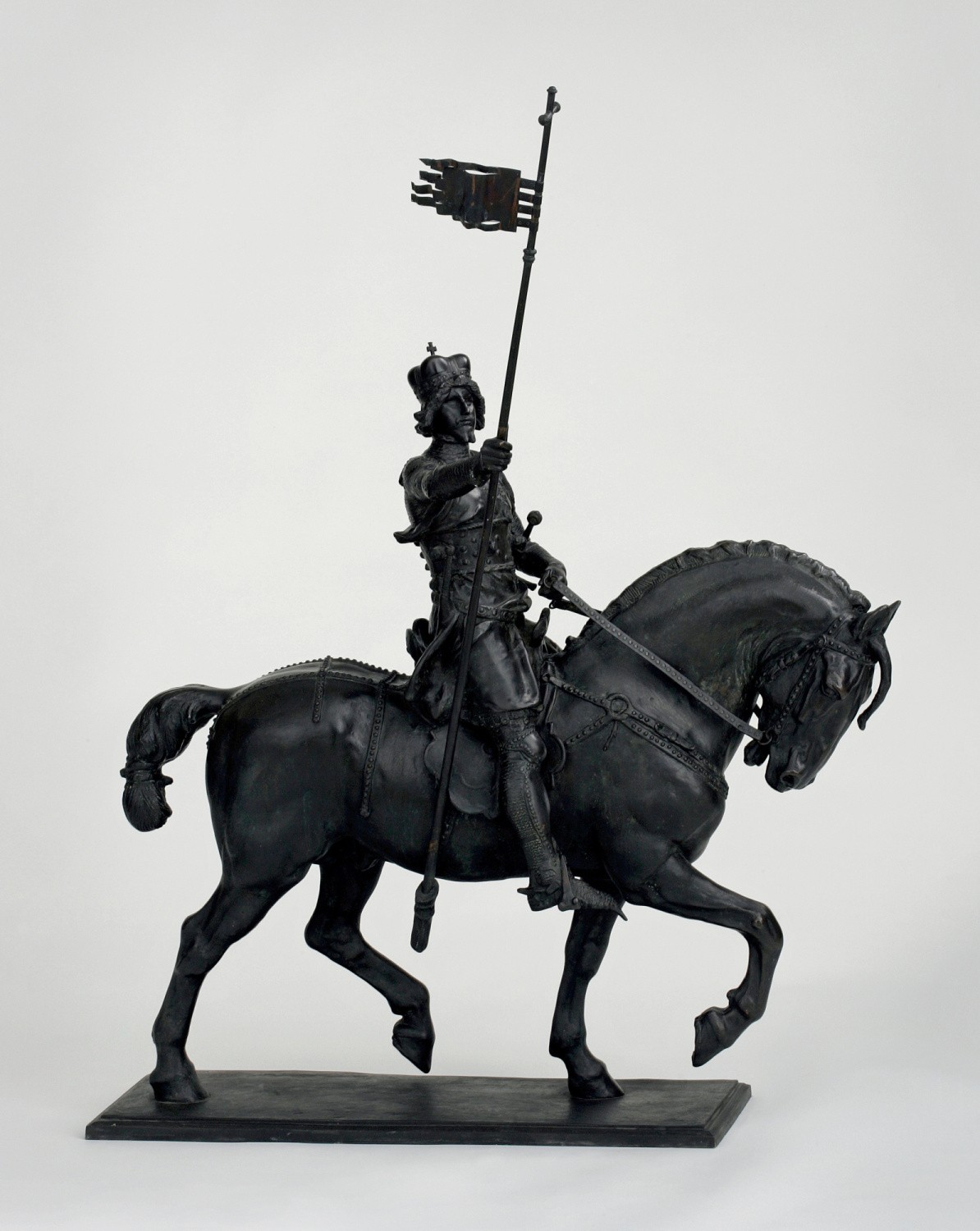 St. Wenceslas on Horseback
model for the monument 1/10 (1894)
Video
Related