The artistic heritage of sculptor Otto Gutfreund represents one of the most significant contributions of Czech art to the world‘s cultural heritage. He was one of the first artists to apply formal and ideological procedures to sculpture. He became acquainted with Cubism in the studio of Émile Antoine Bourdelle at the Académie de la Grande Chaumière in Paris (1909–10). His style is a grand synthesis of home traditions (František Bílek, Jan Štursa), contemporary French art (from August Rodin, Émile Antoine Bourdelle up to Pablo Picasso), German Expressionism (sphere of the Galerie Der Sturm in Berlin), and Czech and French Gothic sculpture. Since his encounter with Picasso’s Head of Fernanda (1909) which, in the year it was made, was brought to Prague from Paris by Vincenc Kramář, Gutfreund studied the relationship between area and volume. His studies led him from his rather modest work, At the Dressing (1911) to his chef-d’-oeuvre, the statue Anxiety. The theme of a figure crouching in anxiety caused by his past and future experiences has been a very frequent subject in European art, from Decadence to Expressionism (Edvard Munch, Alfred Kubin, Josef Čapek, Franz Kafka). Anxiety is a key work in Czech 20th-century art. Even in the European context it represents a major milestone on the road from Expressionism to Cubism. 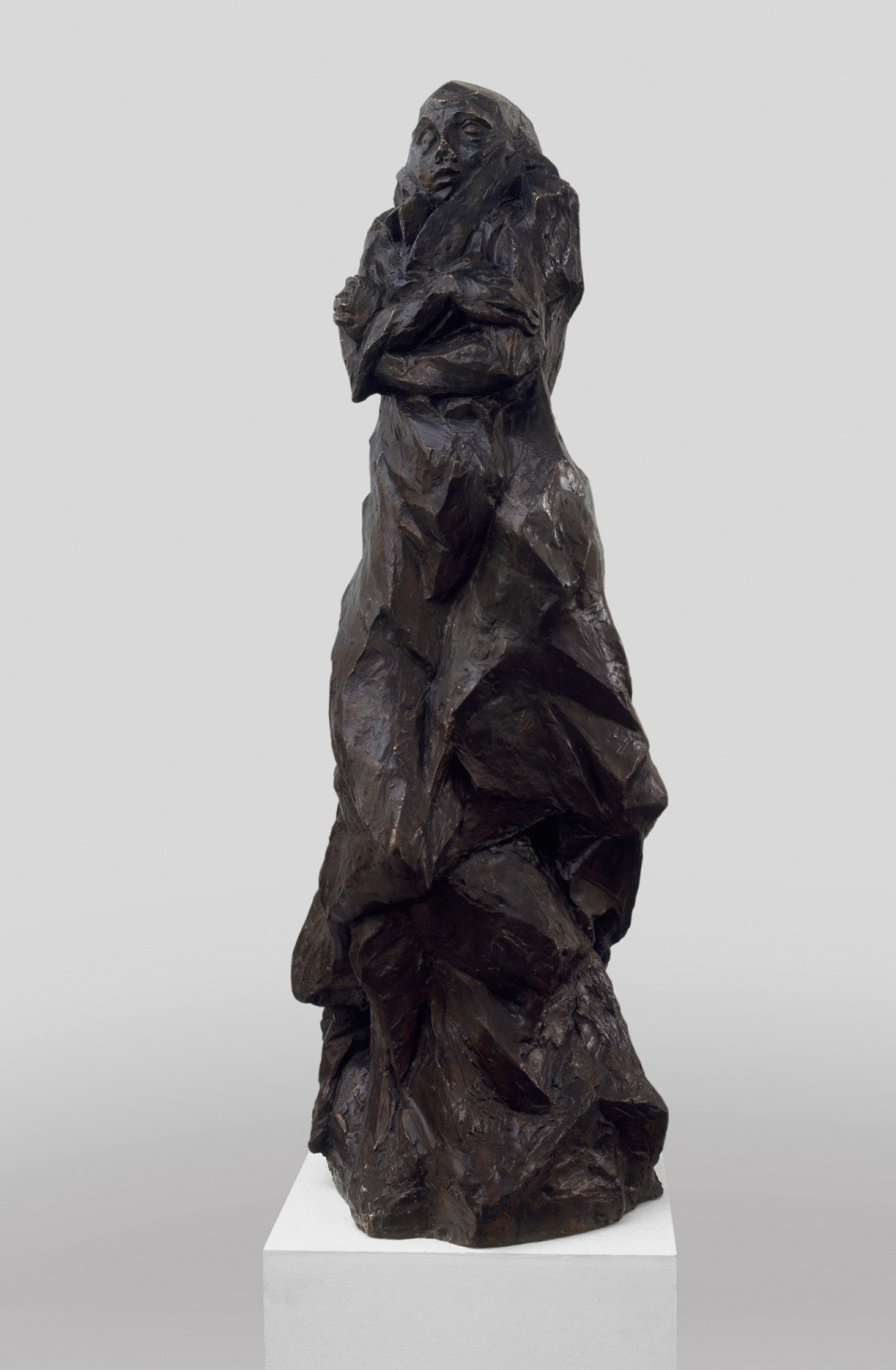