The theme of the two groups of sculptures in terracotta is the classical myth of the beautiful Psyché with whom the god Éros (in Latin Amor) fell in love. The works were created as bozzettos (from the Italian abozzare - to sketch), plastic models, for monumental limestone sculptures in the gardens of the chateau in Slavkov u Brna. Commissioned by Count Dominik Andreas Kaunitz (1655-1705), they were created by sculptor Giovanni Giuliani and his workshop. Count Kaunitz became acquainted with the work of this Venetian sculptor working in Austria, when he lived in Vienna as the Imperial Vice-Chancellor. The garden in Slavkov, richly decorated with sculptures on themes from classical mythology, has changed significantly through the centuries and it is now difficult to picture its original appearance. The sculptures of Amor and Psyché and Jupiter and Amor are among the few to remain in their original locations. Their terracotta models may be considered as masterpieces from a sculptor who created excellent compositions based on blending figures captured in movement. The lively expressions and immediacy of both groups of sculptures is underlined by the soft modelling in the more pliable clay, which is missing in the final stone sculptures. 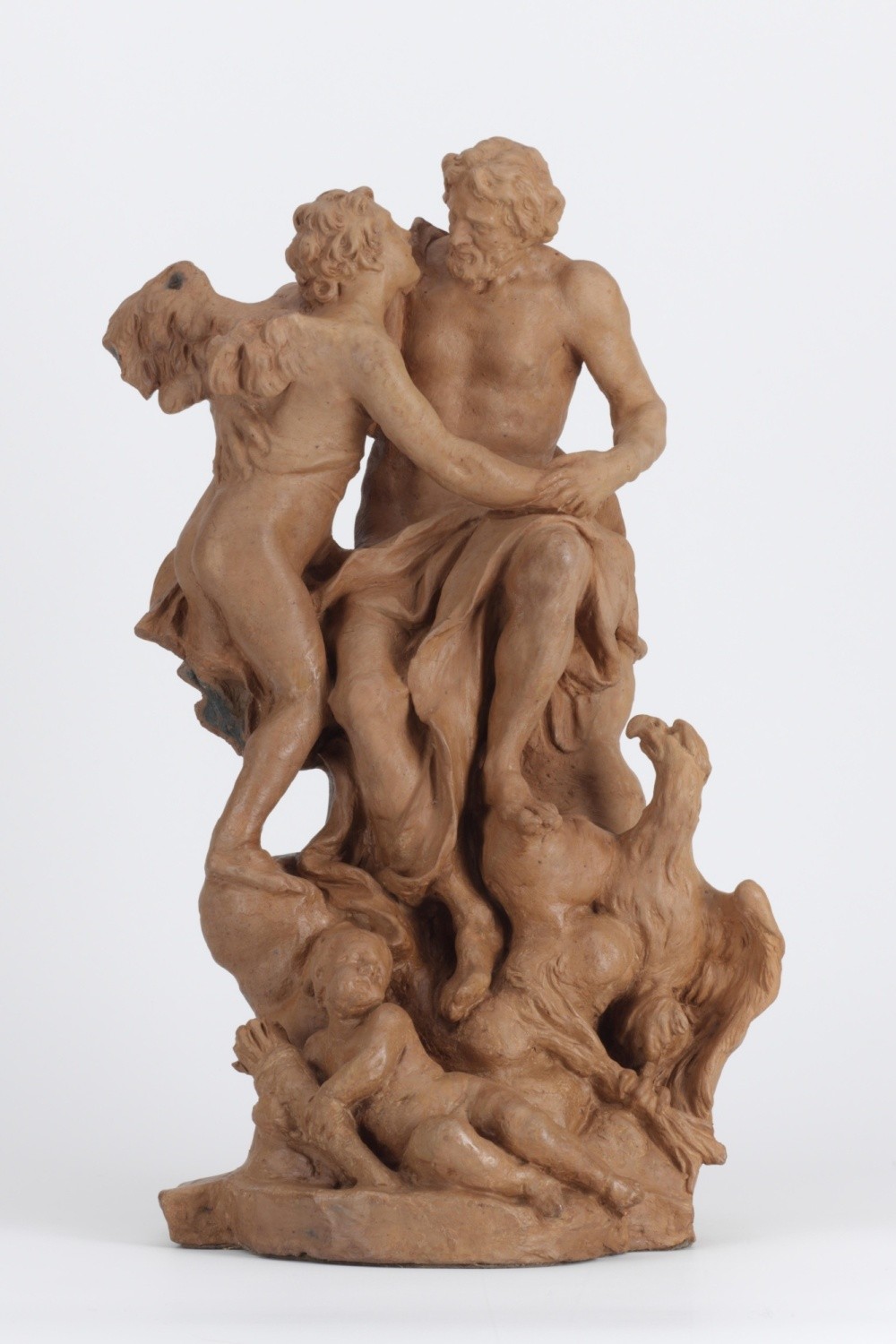 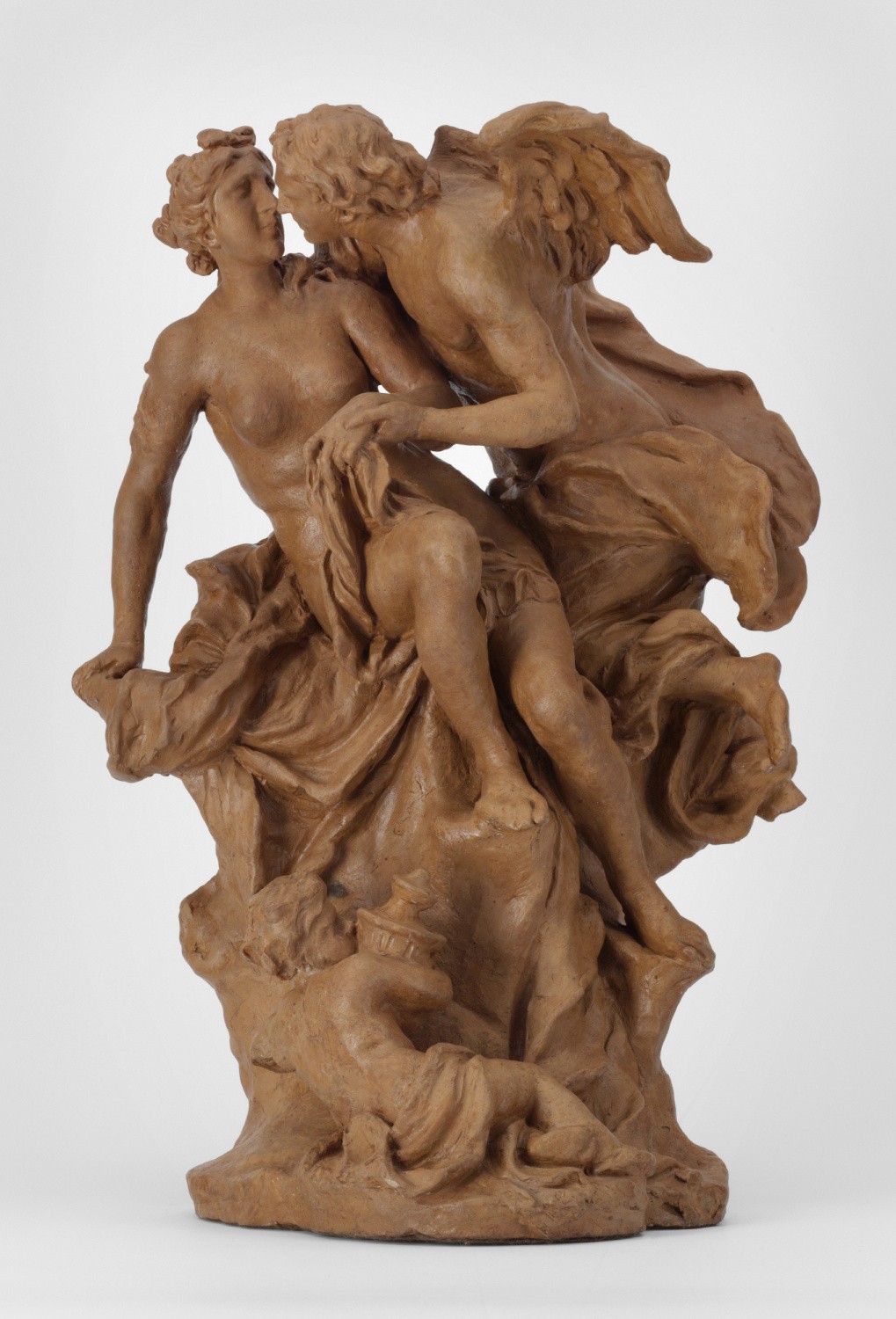