The larger than life gilded sculpture of the Archangel Michael, Prince of the Heavenly Armies, was part of the extension to the main altar in the Church of St. Michael in Olomouc before the Neo-Baroque adaptation of its interior. The modelling of the drapery in massive heavy folds and the physiognomy of the soulful, smooth face with its striking eyes enables us to ascribe this work to the Olomouc Baroque sculptor Philip Sattler. Sattler came to Moravia from the Tirol where he studied in his fathers workshop. However, he was most influenced by Italian sculptor and stucco artist Baldassare Fontana (1661 Chiasso - 1733 Chiasso), who worked in Moravia at the turn of the 18th century. Thanks to Fontan, Sattler learned the art of modelling free stucco sculptures, particularly the styles of Roman Baroque statuary popular at that time. 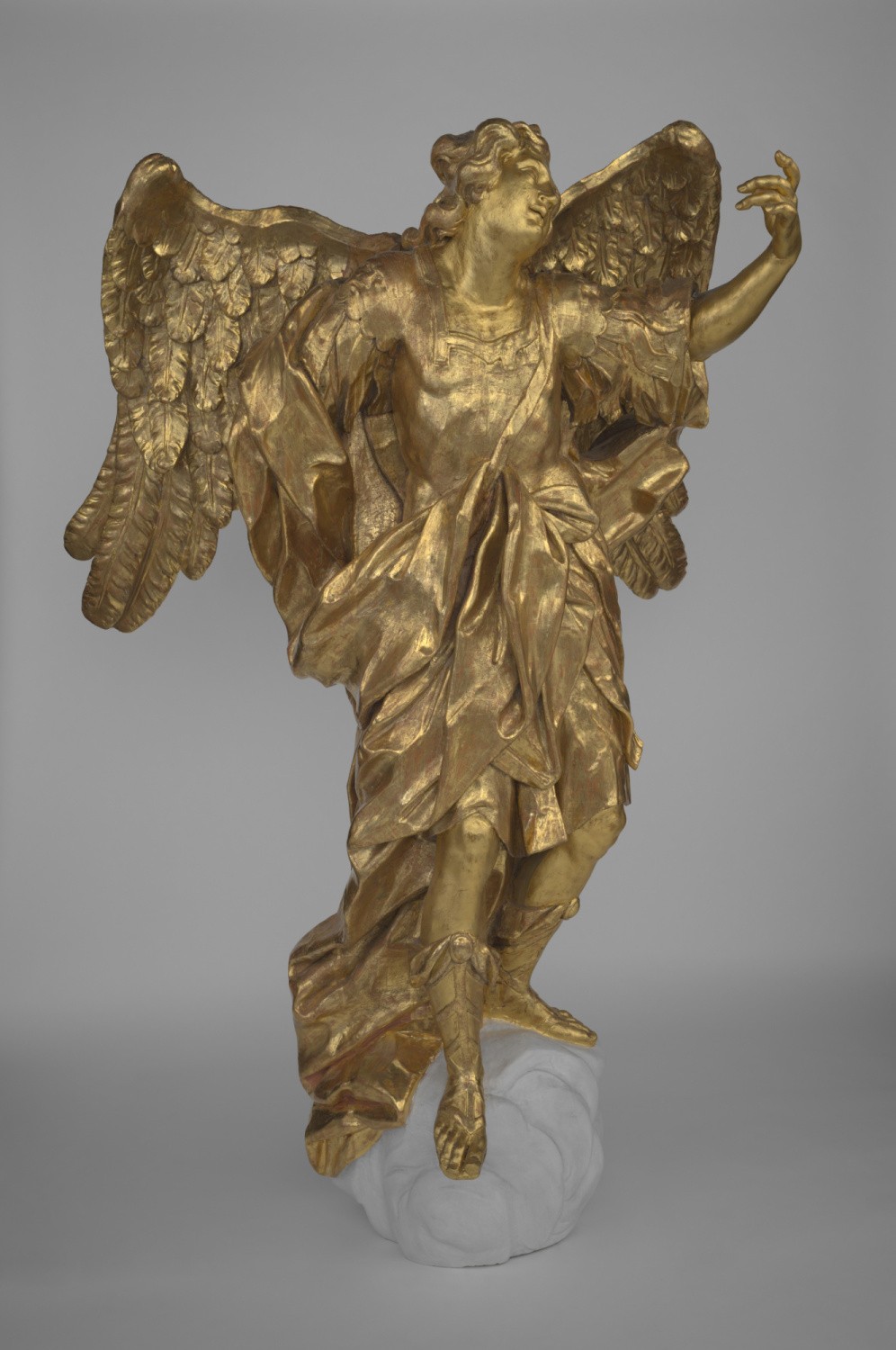