In the 1960s, Hugo Demartini contributed significantly to Czech informel and neoconstructivist art, and also to the initial stages of land art and action art. The first signs of Demartinis future progressive orientation can be seen in his works from 1956 to 1958, when he turned his attention more intensively from fully built volumes to gradual dematerialization, particularly as part of a dialogue with the traditional methods of relief sculpture. A certain outer limit of his efforts is represented by colour paper collages from 1958, which can be perceived as extremely low reliefs with an almost zero plastic width of span. From these works it was only a step to his first works of informel, called structural reliefs. From 1960 to 1963 he created them in his studio. Their bases were punched metal sheets subsequently imprinted in clay, cast in plaster and finished with a patina. In this way Demartini definitely abandoned the classic relief and moved towards further experiments aimed at achieving "the zero state of sculpture". Over the next few years (1961–63) an important series of Red Reliefs was created in his studio, in which the exploration of the relationship between a sculptural plane and its dematerialization is conducted in the spirit of the geometric organization of the plane – the space. By imprinting simple elements (a box, pieces of sticks), not only is a visually dramatic structure created, but also the impression of movement. The tension between the static and the dynamic, between the real and the illusive, became the central theme for the author in the following years and he developed it in a series of reliefs created from 1964 onwards. The loose structure of Red Reliefs is secured by the grid organization of the plane of the relief, which gains volume through the use of an elementary geometric solid, such as a sphere or part thereof, as can be seen in the exhibited Relief, dated 1964. Through this method, the sculptor overstepped the "zero state" and found new possibilities for the articulation of his current sculptural explorations. At the end of the 1960s his steady progress led Hugo Demartini to further discoveries in the field of interaction between the sculpture and the space, in the form of Spatial Objects made of chromium-plated metal sheets in which the surrounding reality is remarkably reflected. 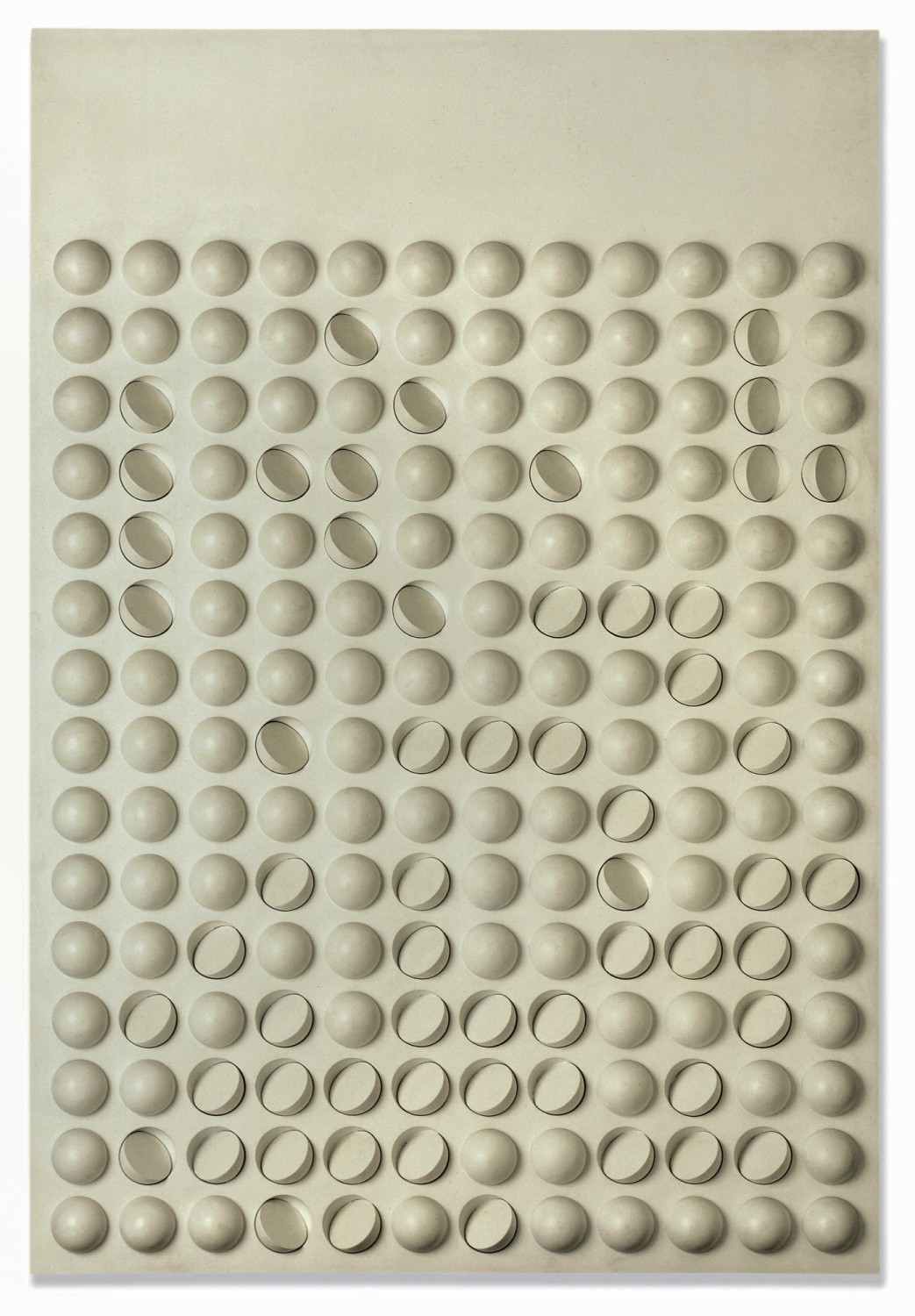 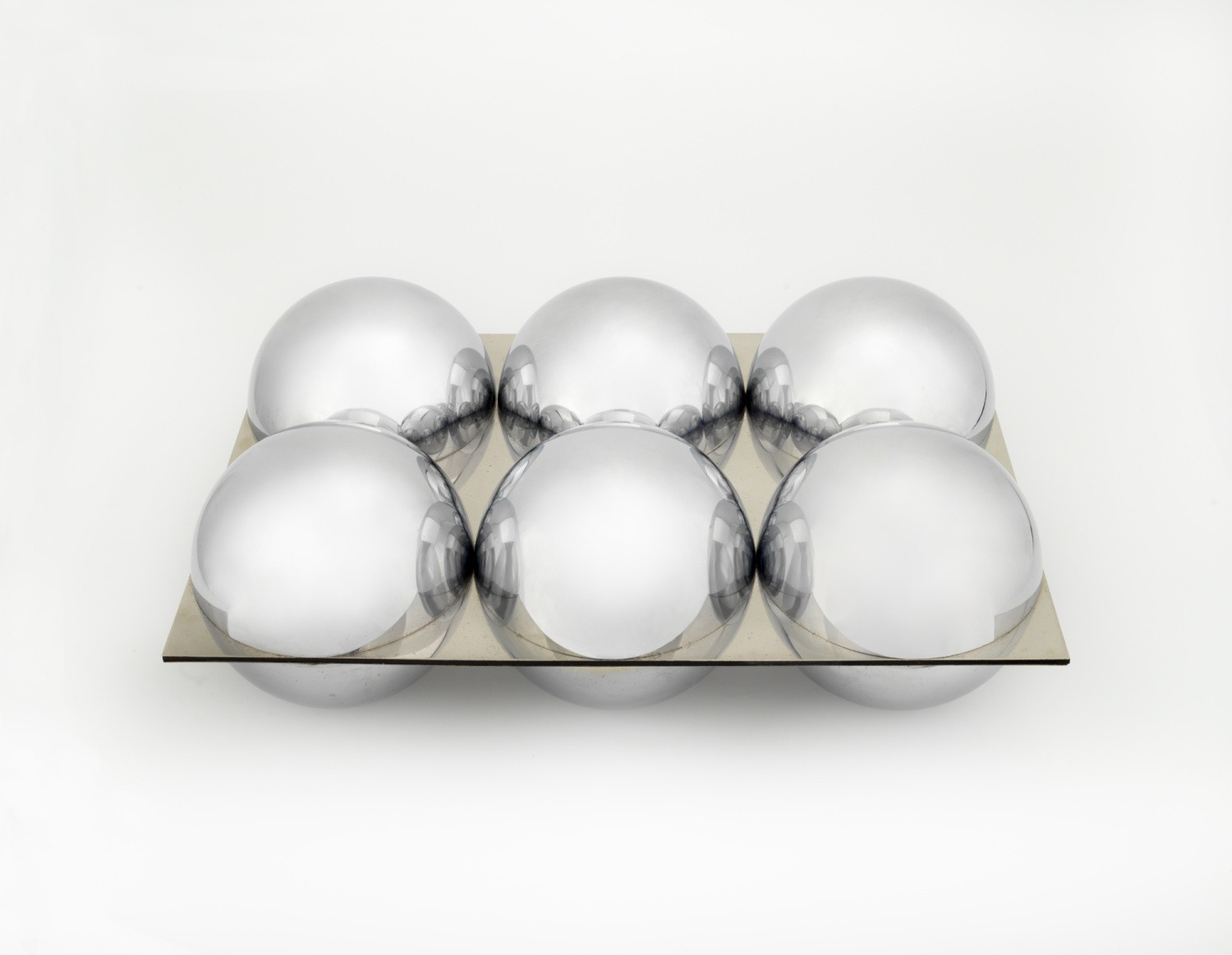