This sculpture in soft limestone - spongilite, was found in a secondary brickwork of the southern wall of the Olomouc St. Wenceslas Cathedral. Inspired by western European cathedrals, it was probably placed in a tympanum over the west portal as the central figure in the depiction of the Final Judgement. The composition must have originally been traditional. In the middle of the celestial sphere Christ, as the judge, sits on a throne. The Virgin Mary and St. John are at his side as the intercessors and in the lower band there is a dramatic scene of the resurrection of the dead, heading immediately to paradise or to hell. Christ is depicted as the Saviour with a cross nimbus in memory of his sacrifice, thanks to which mankind had the opportunity of forgiveness of sins and hope for life eternal. He is sitting on a royal throne adorned with Gothic traceries, his body bearing the traces of the crucifixion. With his left hand the Saviour is blessing the faithful, while his right hand is pointing to the wound in his hip, pierced by Longins spear during the crucifixion. Christs throne is adorned with Gothic traceries in the form of tetra-foil rosettes over two pointed arches. The first similar architectural motif is found in the Czech lands from the middle of the 13th century in Zvíkov castle. The creation of a high relief stylistically based on West European Gothic was probably linked to a reconstruction of the Olomouc Cathedral after a fire in 1204. 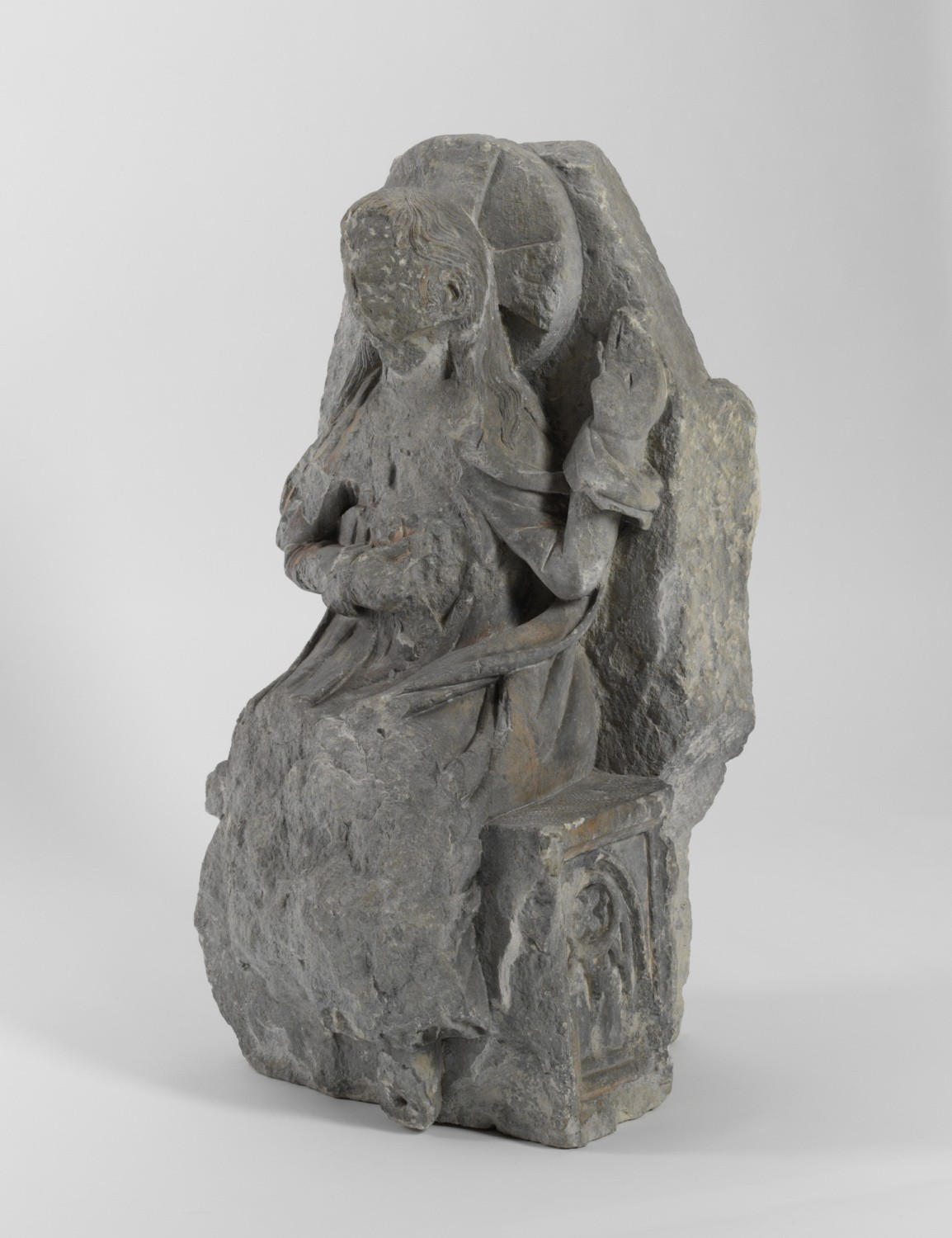