The Austrian lawyer Franz Zeller did not find satisfaction in the career of a judge. He began to develop his artistic talent, until he established himself as an artist in his native Vienna, who even received orders from the imperial family. He became famous for documenting military life, specialising in particular in riding, horses and hunting. In 1860, he pictured 35 horses from the imperial stables. Only marginally did he confirm his landscaping skills. He mastered the techniques of watercolours and gouaches, trying to enhance also his oil painting techniques. He also turned his attention to the then extremely popular lithography, where he exercised his developed sense of detail. Many of Zeller’s  works are included in Austrian central museums (e.g. Wien Museum, Heeresgeschitliches Museum).

A panoramic view of a landscape with a light carriage with a gentleman in a top hat and a coachman sitting on an elevated seat driving a pair of strong horses, which is located in the park area in front of Schönbrunn in Vienna. The painting was created with the lovely naiveté of an untrained author, the surprisingly popular and sought after “von Zellenberg”. He apparently liked the dramatic sky, as is evidenced by the generous view of the cloudy sky, pointing to the variability of summer weather. The use of this type of light carriage, a barouche,1 took on popularity during the 19th century, due to the representations of the imperial family in a similar carriage and the increasing interest in new types of this kind of four-wheeled transport.

Like the self-taught painter of a more refined style, Tadeáš Millián, whose works can be seen in the archbishop’s collection in Kroměříž, Zeller also liked idyllic sceneries. In the case of the scene for the first picture, he was attracted by a small lake in the park, where a couple in love meet for a rendezvous. This made Zeller capture the environment: the ruins of the apparently uninhabited residence with a collapsing roof and a smaller building with a pointed roof behind the park vegetation. Despite all the shortcomings in the painting craftsmanship, the work has its contemporary charm and if one could identify the place, it would also have a considerable topographic value. What remains without it is the somewhat nostalgic experience of the scenery with the abandoned, but in the past apparently well maintained, park with clipped bushes. Apart from that, Zeller, who often indulged in painting clouds, did not miss the opportunity to depict the high summer sky with the clouds dramatically gathering.

1. According to the regulations applicable in Bohemia in 1879, a distinction was made between a smaller droshky for two passengers, while the vehicle for four passengers was called a fiacre, as was the case without further differentiation in Austria and Bavaria. 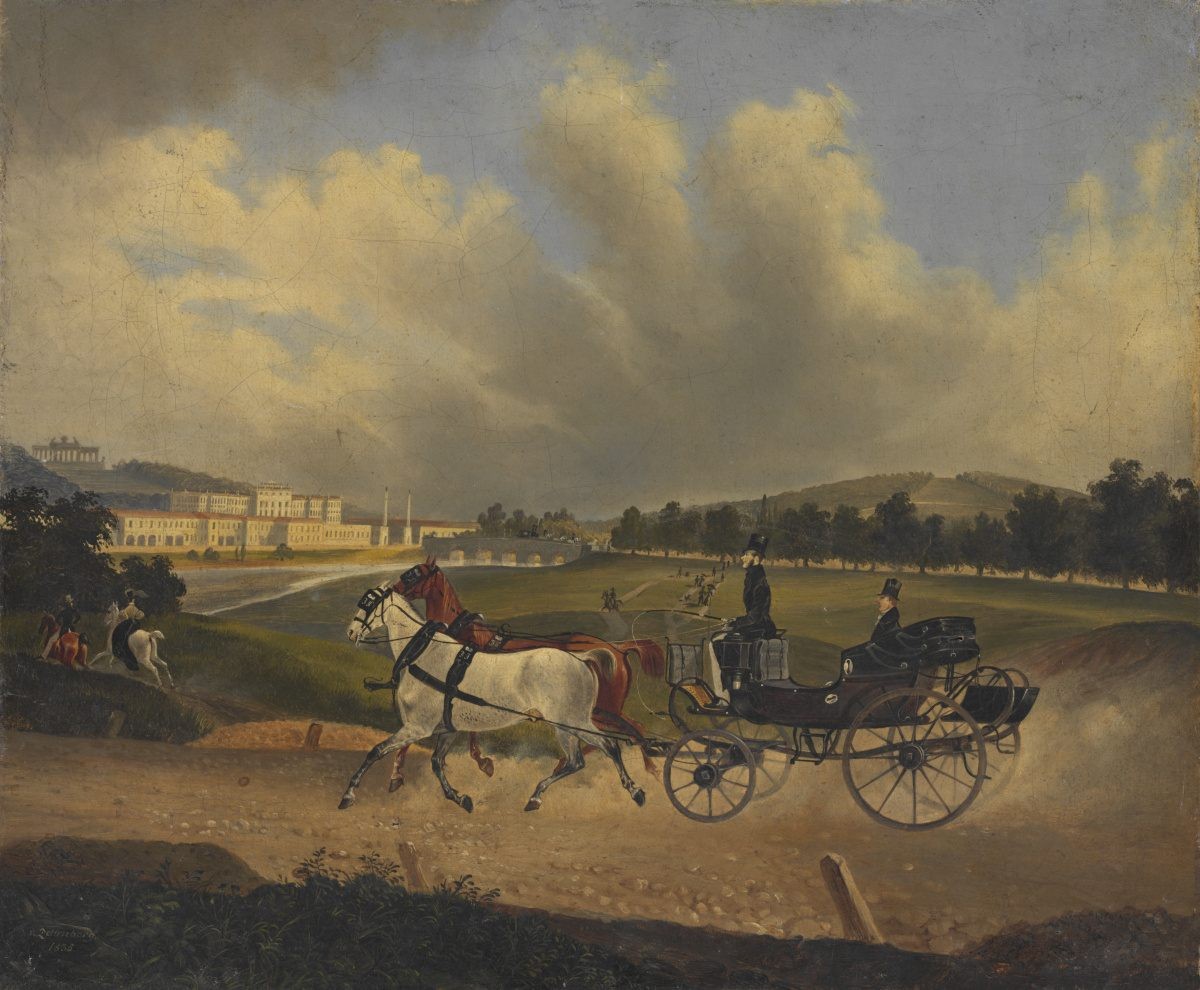 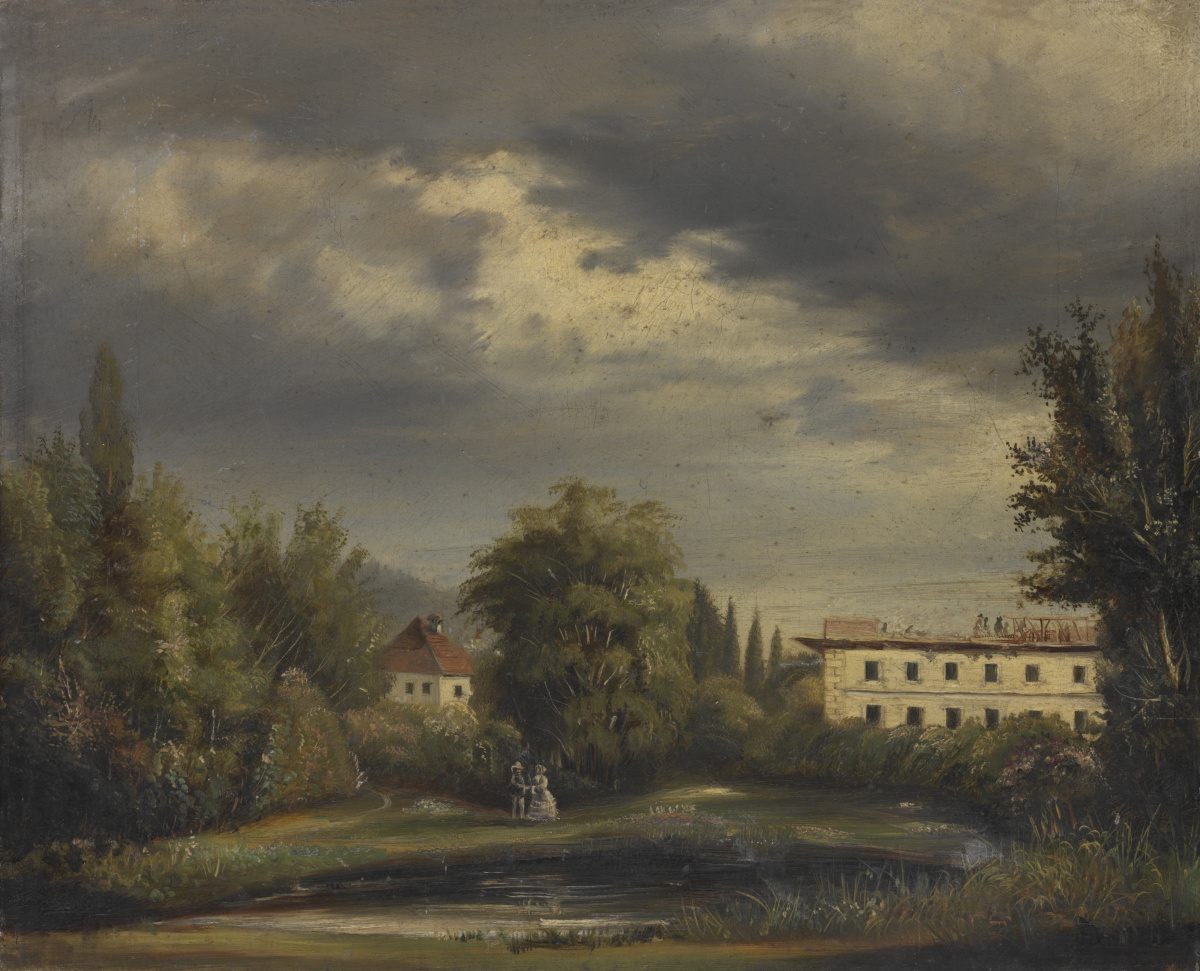