The work of Zdeněk Sklenář has abundant sources. Apart from his admiration for modern painters such as Max Ernst (1891–1976), František Muzika (1900–1974) and Jean Dubuffet (1901–1985), he was loosely inspired by the work of the Rudolphine mannerists, in particular Giussepe Arcimboldo (around 1530–1593) and the poetry of Charles Baudelaire (1821–1867) and Guillaume Apollinaire (1880–1918). Sklenářs work reflects his lyrical perception of the world, and he captured this through his refined drawing technique complemented by his exceptional sense of colour. In his Still Life with a Glove he showed his ability to describe an imaginative interpretation of reality. The bizarre combination of completely different objects in an undefined landscape creates the feeling of a disconcerting dream in which no living beings are present. However, a secret is hidden in the objects themselves. The gloves are in contrasting black and white (as with the contrast between good and evil), the black one is wrapped in a strange organism, the roots of which connect the glove to the peculiar remains of a building, a statue and a rock. The picture provokes a strange unease, depicting a scene from a bad dream.
Štěpánka Bieleszová 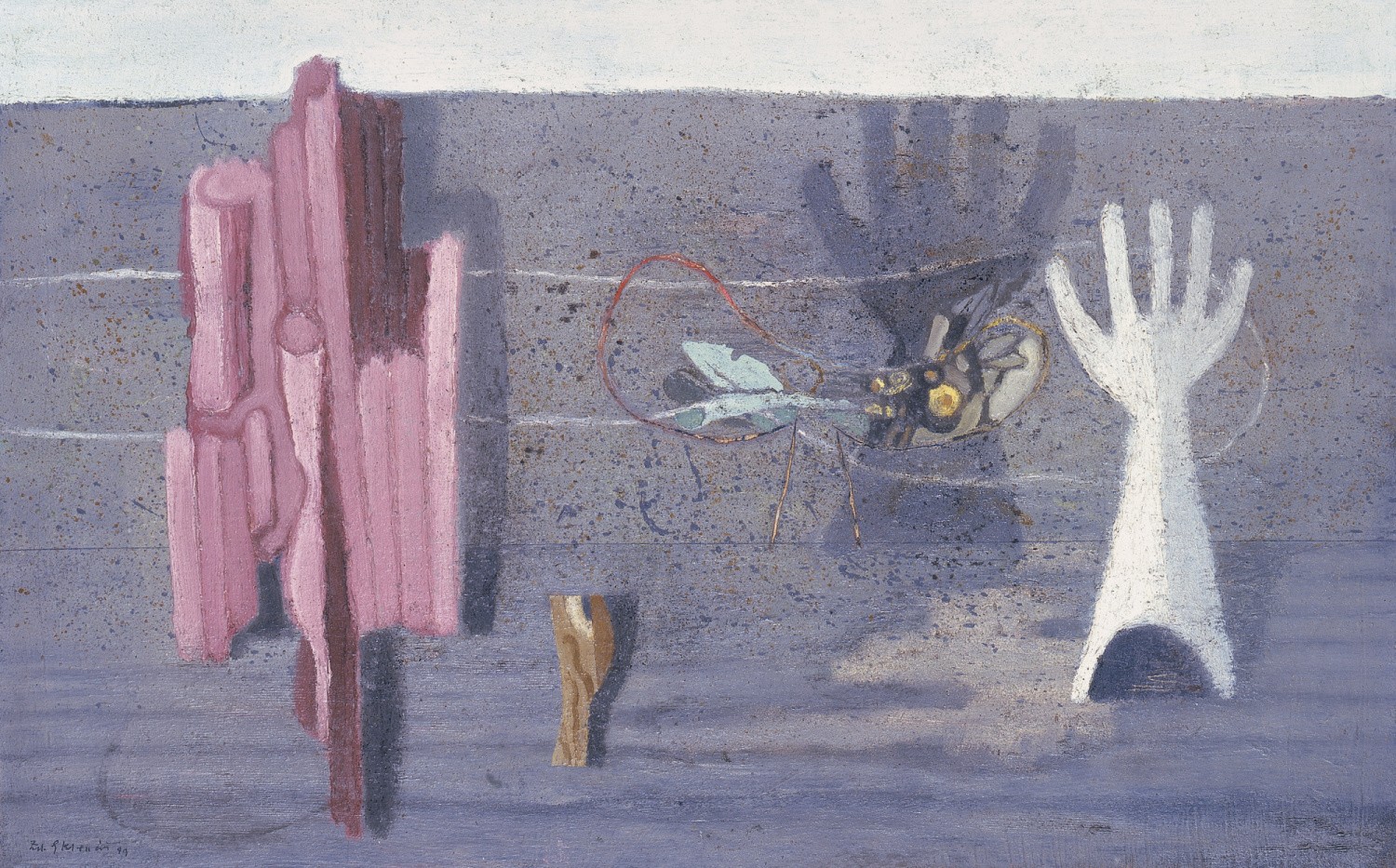 Still Life with a Glove, 1944
Related