Aleš Veselý was one of the prominent representatives of Czech structural abstraction (informel), the expressive and formal possibilities of which he enriched during the 1960s, mainly through his objects. Veselý began his work at the end of the 1950s, creating spectral, expressive landscapes. Around 1959 he started to create objects and assemblages from unconventional materials (wood, sand, clay, sheet metal, textile, leaves) and by using unconventional methods. In the spirit of contemporary informel tendencies he expressed raw, authentic reality. With increasing feelings of uncertainty and danger because of the stifling political climate of the regime at that time, brutal, rusted and destroyed elements started to appear in his works. The work titled Picture-Object created over the course of several years conveys not only feelings of hopelessness and reclusiveness, but also the conviction of destroying the confining space and its limits. In his Picture-Object Veselý negates the two-dimensional image plane by tearing it apart, making it a three-dimensional object with the help of a spring protruding into space. Thus he violates the formal rules of classic painting, overstepping the frame of the picture (here a symbol of accepted order) in the direction of movement - life.
Štěpánka Bieleszová 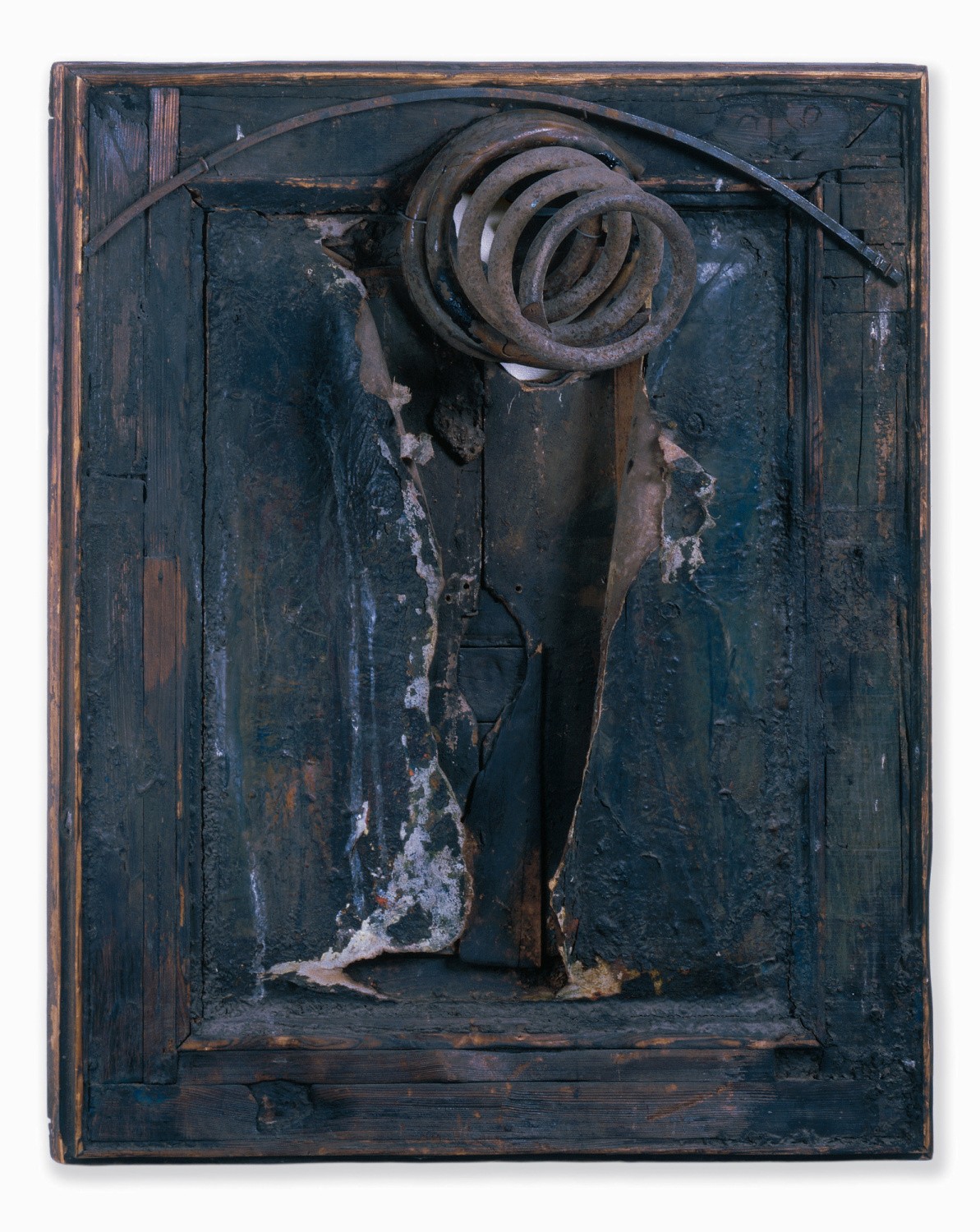