Zdeněk Sýkora painted the picture titled Black Lines in 1963, in a rather short, albeit key period in the artists work. He had such radical ideas regarding a new solution for the image plane that he started to use the computer as a legitimate tool for the implementation of his artistic ideas, and was among the first to do so in the following year. Around 1963 the artist’s explorations were revolutionary in nature but they had been preceded by almost twenty years of concentrated work. After his early surrealist and cubist period, he explored image composition based on landscape painting and he admired the works of Antonín Slavíček (1870–1910) and Jindřich Prucha (1886–1914). Subsequently, from 1957 to 1959, his painting formed a peculiar, conspicuously colorist language, culminating in the cycle titled Gardens. The shapes and colours of individual paintings show the painters extraordinary ability to develop creatively and to elaborate on the knowledge articulated by Paule Cézanne (1839–1906) and Henri Matisse (1869–1954), from whose creative development he gleaned the most important points necessary for him to follow his own path in painting. Around 1960 Sýkoras painting became more radical in the sense of constituting generous, geometric image composition. The function of colour was somewhat moderated in favour of the shape composition of the image plane. In the next two years the artist completely abandoned the method of transcribing the visible and came to a definite understanding of the peculiarity of art forms and their independence from the surrounding reality. Thanks to his sharp intelligence, consistent studies and great courage he successfully produced images that were not only based on the transcription of the visible, but also, decisively for Sýkoras subsequent development, he started with a more or less simple geometrical element and developed it further. In the beginning, he intuitively placed the created elements in a chosen grid (in the first three paintings it was rectangular, later exclusively square), the filling in of which gave rise to visually fascinating structures, as he called his paintings. The resulting look of the paintings was very surprising, opening unsuspected possibilities for a new formal and content interpretation of the picture for the painter. The first of the total of eight paintings of this type was titled A Grey Structure, begun in 1962 and completed the following year. The next painting titled Black Lines, which has a counterpart in White Lines, both paintings having been exhibited together in the past, can be regarded as one of his most important works; the first stage in the further development of Sýkoras work. In 1964 it changed substantially when the artist started to use the objective method in the creation of his structures. For example he determined in advance fixed rules for the combination of elements. The revolutionary idea of using the computer in looking for their mutual positions was a logical result of this decision.
Ladislav Daněk, Lenka Sýkorová 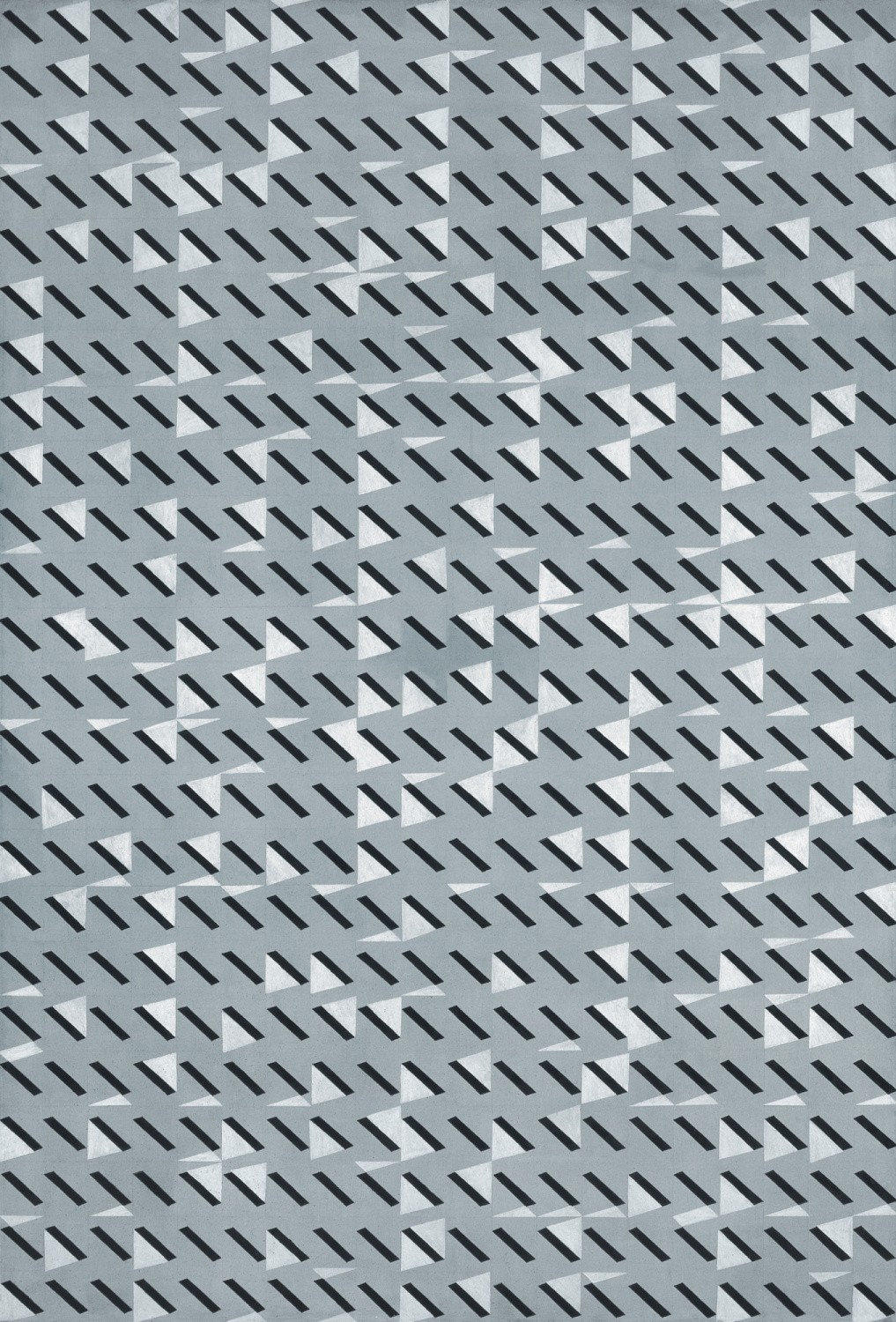