Jiří Surůvka is regarded as a key figure of the Ostrava cultural scene. After 1989, in particular after his public appearance in Ostrava at the Salon of the Independent in Černá Louka, it was apparent that the specific and existentially pronounced environment of postindustrial Ostrava could not be ignored in light of the post-revolutionary development of Czech art. At the same time as Surůvka, other Ostrava bards became visible. His link with performer and conceptual artist Petr Lysáček (*1961) was especially fortunate. With Lysáček, Surůvka founded his own performance group, Předkapela Lozinsky, social - critical cabaret. In connection with dadaistic plays, Surůvka appeared in a self-ironical and aggressive pose as an unforgiving critic of art and morals. In the work of Jiří Surůvka several art genres meet. Apart from painting, computer manipulated photography and graphics, he created installations and performances. In his complex activities, he polemizes contemporary society, its cynicism and superficiality. His provocative paintings and public performances with the cabaret, with ironic and dadaistic lightness, paraphrase and make banal the power representatives of militarism, politics and art. His criticism does not shun pop culture and sex icons. The composition titled Gilbert & George, dated 1999 is part of a broader and unfinished cycle of computer manipulations in which, by changing the context and the use of telling details, he destroys the traditional image of actors. He introduces a pair of artists, important celebrities of world art and defenders of the rights of sexual minorities, in the role of ridiculous hypocrites with animal heads on the emaciated bodies of anonymous victims of the holocaust. He ridicules the superfluous nature of certain art expressions and puts them in sharp contrast with serious issues from the recent, mainly totalitarian, past of both ends of Europe. Some other works related to the authors ironical concept as described above successfully represented the Czech Republic at the 49th Biennale in Venice in 2001.
Štěpánka Bieleszová 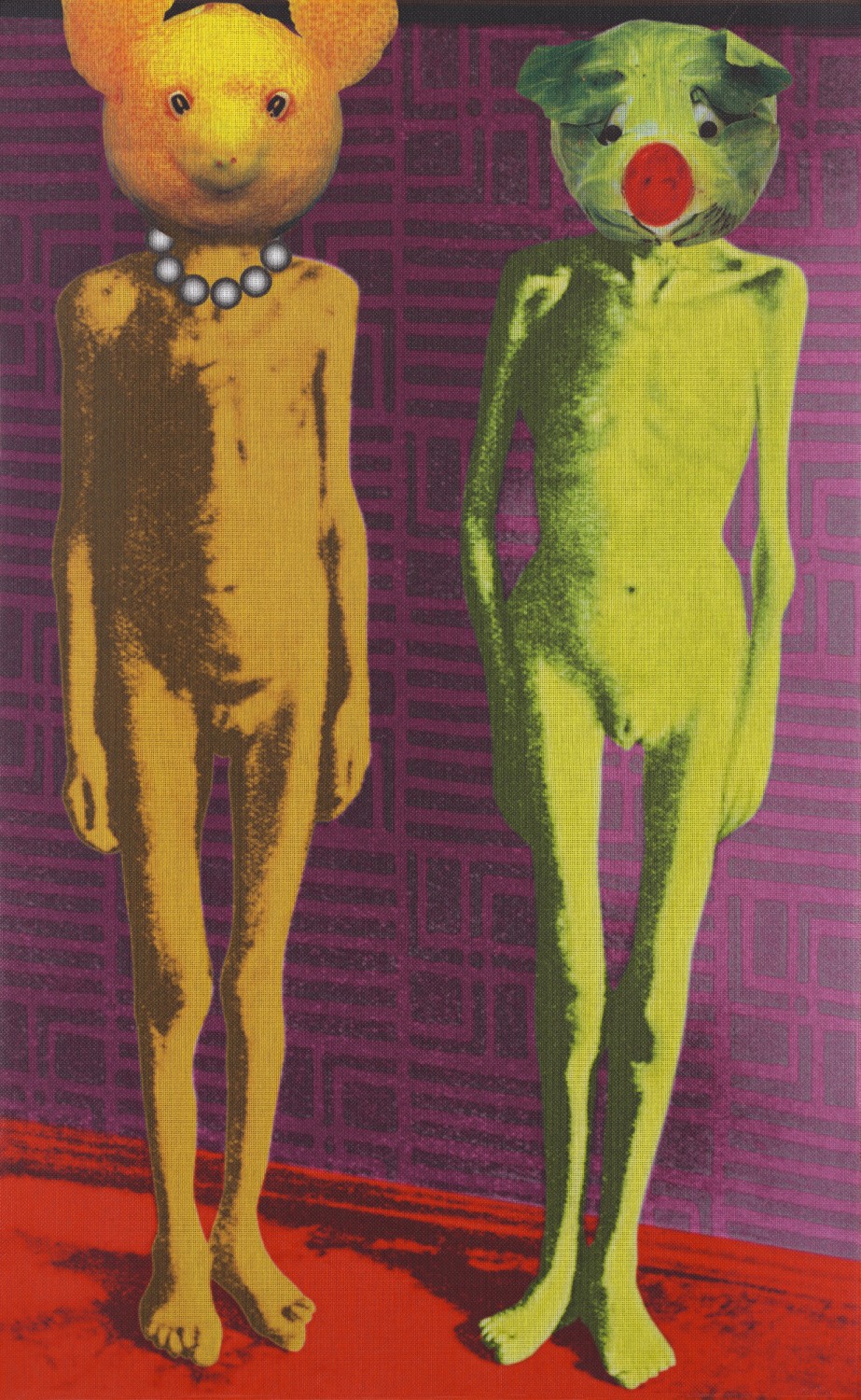