Painter Ivan Sobotka is one of the most original artistic solitaires in second half of the 20th century. The artist, who characterizes the rare personal integrity, belongs to the generation whose life is scarred dual totalitarianism. He spent the war years as a high school student at Moravian Budejovice, where he was born in 1927. Defining his artistic and human personality was of great importance, several poets and visual artists working in southwest Moravia: Otokar Březina and his longtime friend František Bílek, poet and priest Jakub Deml and the publisher Josef Florian, who since the early 20th century built in the nearby Staré Empire his project of study science, theology and the arts, which thrilled the active cooperation of so many important artists and collaborators sensitive . In production of the publishing Sobotka acquainted with the most important representatives of Expressionism in all its forms, manifestations from Fauvism to Cubism. For the formation of his artistic thought had influence mainly Georges Rouault, Vlastislav Hofman, Josef Čapek, Bohuslav Reynek and poets Georg Trakl, Franz Kafka, Leon Bloy.

After graduation he entered the Academy of Fine Arts in Prague, where he graduated in 1951the studio of Professor Vladimir Sychra and Vladimir Pukl. Studies brought him particularly inspiring friendly contacts with artistic colleagues Pavel Brazda, Vera Novak, Jitka Kolinska, Joseph Jíra, Robert piesen, Richard Fremund, Vladimir Komarek and others. At the same time he broadened his knowledge of the world of fine arts. To his artistic patterns assigned Pablo Picasso, Henri Matisse, Giorgio Morandi and particularly beloved Pierre Bonnard.

To retain his inner world, freedom and independence, he decided to after graduation to separate his artistic creation from work for a living. Still maintained intensive contacts with Pavel Brazda and his wife Vera Novak. Together, they suggested solutions of artistic problems together a painted mainly lived together through oppressive atmosphere of the 50s, which they perceived as coming apocalypse. This was reflected also in the existential themes of their paintings from this period. These include paintings The corpses of people (1954) and Fool II. (1957) by Ivan Sobotka or picture Job (1954) by Vera Novakova, which are part of our permanent exhibition A Century of relativity.

After the mid-50s with their artistic paths diverged. Sobotka increasingly limited the narrative of his paintings a simultaneously softened their color.They were the first "heads", which has since been almost exclusively devoted to until the last down his brush. Like Alexei Jawlensky served Sobotka repeated painting of the human face as a way of meditation. He worked with fine nuances in a linear drawing in expression of the eyes, lips. Often he did not emphasize either male or female features of the face. Closed eyes point to a reversal of the human heart. It is not yet about finding a balance of abstract suggestion of peace and silence about himself he said: "No, not silence, I did not notice that. People talk, but don´t whisper. Latin proverb: By silent scream. "His color palette ranges in muted shades of light blue, gray and related notes. Face painting of these paintings we perceive as concentrated work with lights. 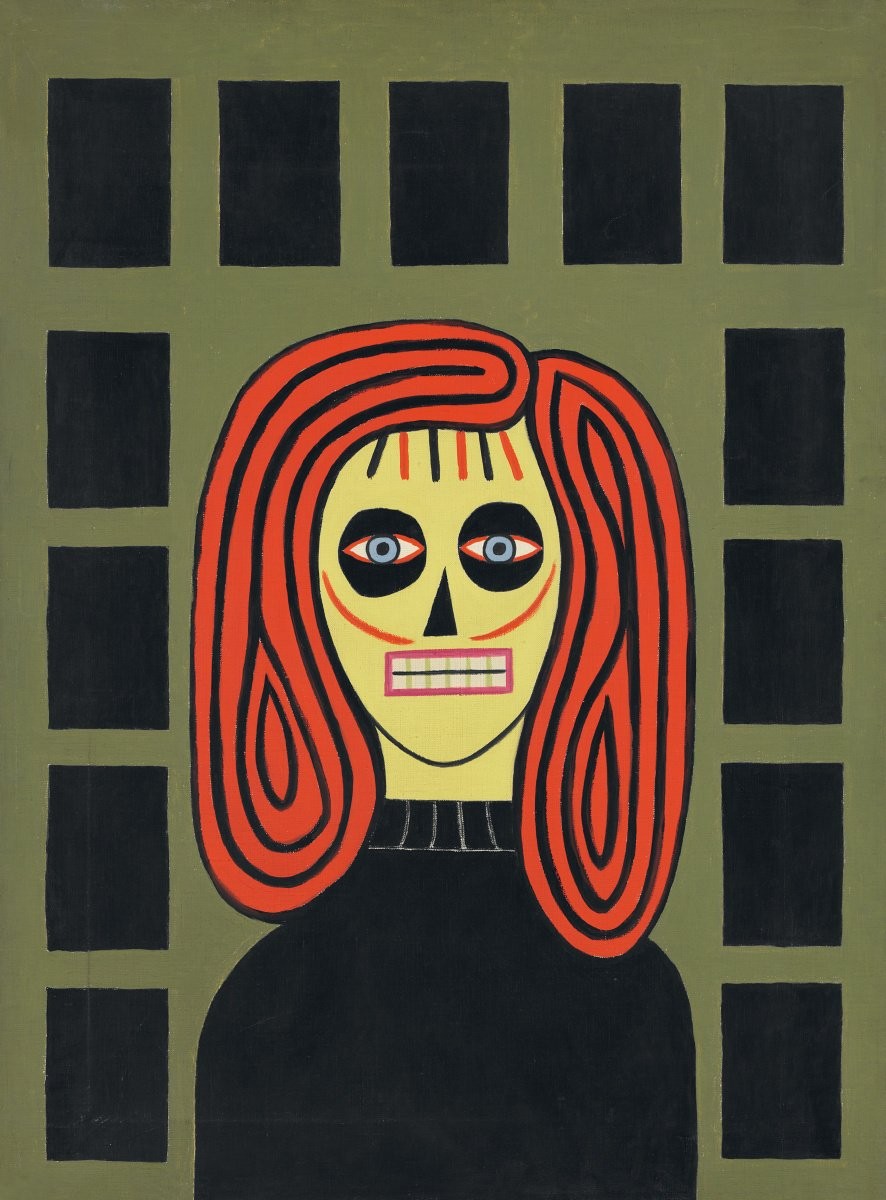