Slavíčeks landscapes are related exclusively to the Czech landscape. Initially Slavíček captured its changes and colour moods in a realistic way, influenced by his academic studies with Julius Mařák (1832-1899). However, his compositions gradually became looser, resonating with the impressive tendency of the period and the efforts to capture the monumentality of nature with the help of colour patches. He started using these in 1898. In his paintings from that time and later you can find influences from the French art of the Barbizon school and from painters such as Camille Pissarro (1830-1903) and Claude Monet (1840-1926), as well as Mařák’s own ingenuity based on his talent for observation. Despite the fact that he is usually labeled as a prominent figure from the local version of impressionism, he only encountered French impressionism in 1907 when he visited Paris. The city enchanted him with its art exhibitions, creative atmosphere and progressive spirit. The work titled Nocturno was created around 1902. That is during the period of his search for his own version of impressionism. At that time he might have been influenced by the work of Czech painter Antonín Chittussi and English landscape painter William Turner (1775-1851), whose works he knew from reproductions. From all those impulses Slavíček synthetized his own expression based on a reduction in the size of the painting and fine bright colours.
Štěpánka Bieleszová 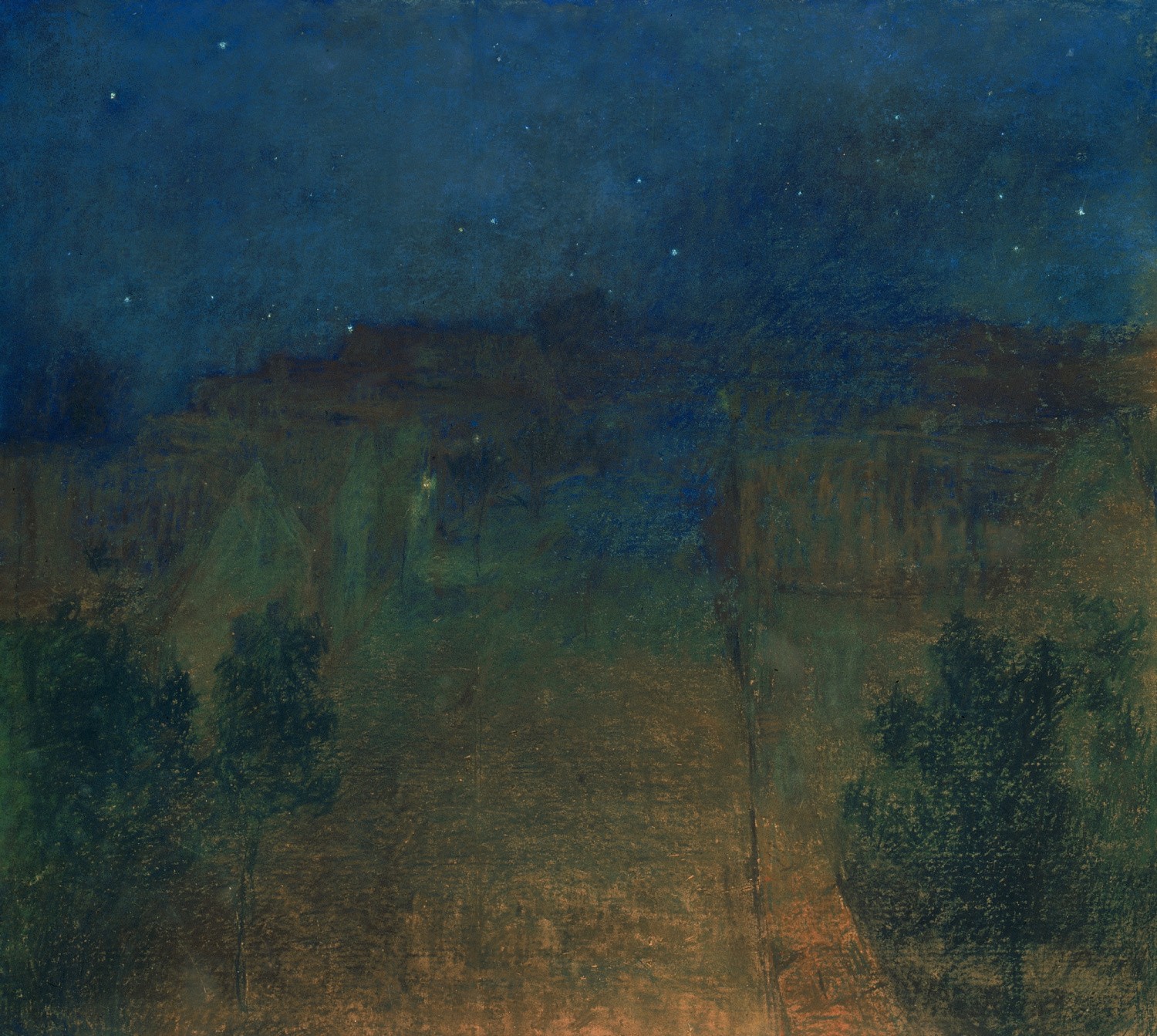