Provenance: The Conversion of Saint Paul and its companion-piece The Baptism of Christ (now in the National Gallery in Prague) were most probably painted for the Sternberk Chapel of St Francis in the church of the Hybernian Franciscans in the New Town of Prague, as a commission from the brothers Jan Vojtech and lgnac Karel of Sternberk. After the abolition of the monastery (1786) and the church (1790), the paintings became the property of the painter Ambrozzi, from whom they were purchased by the Society of the Patriotic Friends of Arts and from there they passed to the property of the Sternberks. In the first half of the 19th century the two paintings were exhibited in the Picture Gallery of the Society, in 1854 The Conversion of Saint Paid was acquired by Countess Leopoldina Sylva Tarouca (nee Sternberk) and placed in the Nam£sf na Hane Chateau. From there, in the inter-war period, the painting was probably purchased by Archbishop Precan for the picture gallery of the Olomouc Archbishopric.

When the painting was introduced to literature by J. Neumann on the occasion of the Skrela exhibition (1974), it was treated and interpreted in an exhaustive way. In the dynamic composition, all the rest of the participants in the story, with the exception of St Paul (Acts 9:4), are captured in a fragment of running feet and excited gestures. This is one of the climaxes of Škrétas paintings, and may be dated around 1659. The entire scene presents the moment when Paul fell from his horse, knocked down by supernatural lighting accompanied by the words: "Saul, Saul, why do you persecute me?" The unusual character and the compactness of the whole scene bring to mind Italian painting. Škréta here consciously develops the scene of the same name by Lodovico Carracci from 1587-1589, which he might have seen as an altarpiece in the church of S. Francesco in Bologna. Similar inspiration came from the no less familiar Caravaggio in the Church of S. Maria del Popolo in Rome. The fact that Škréta knew both these paintings is proved by two preparatory drawings of one variant of this dramatic scene. Moreover, they show the care he took in the preparation for this demanding and, in Transalpian painting, as yet unknown composition. His inventive artistic conception, working with hints and allusions, raised the biblical story of the fall and conversion of Saul - Paul to a meditative theme on human fall and transformation. 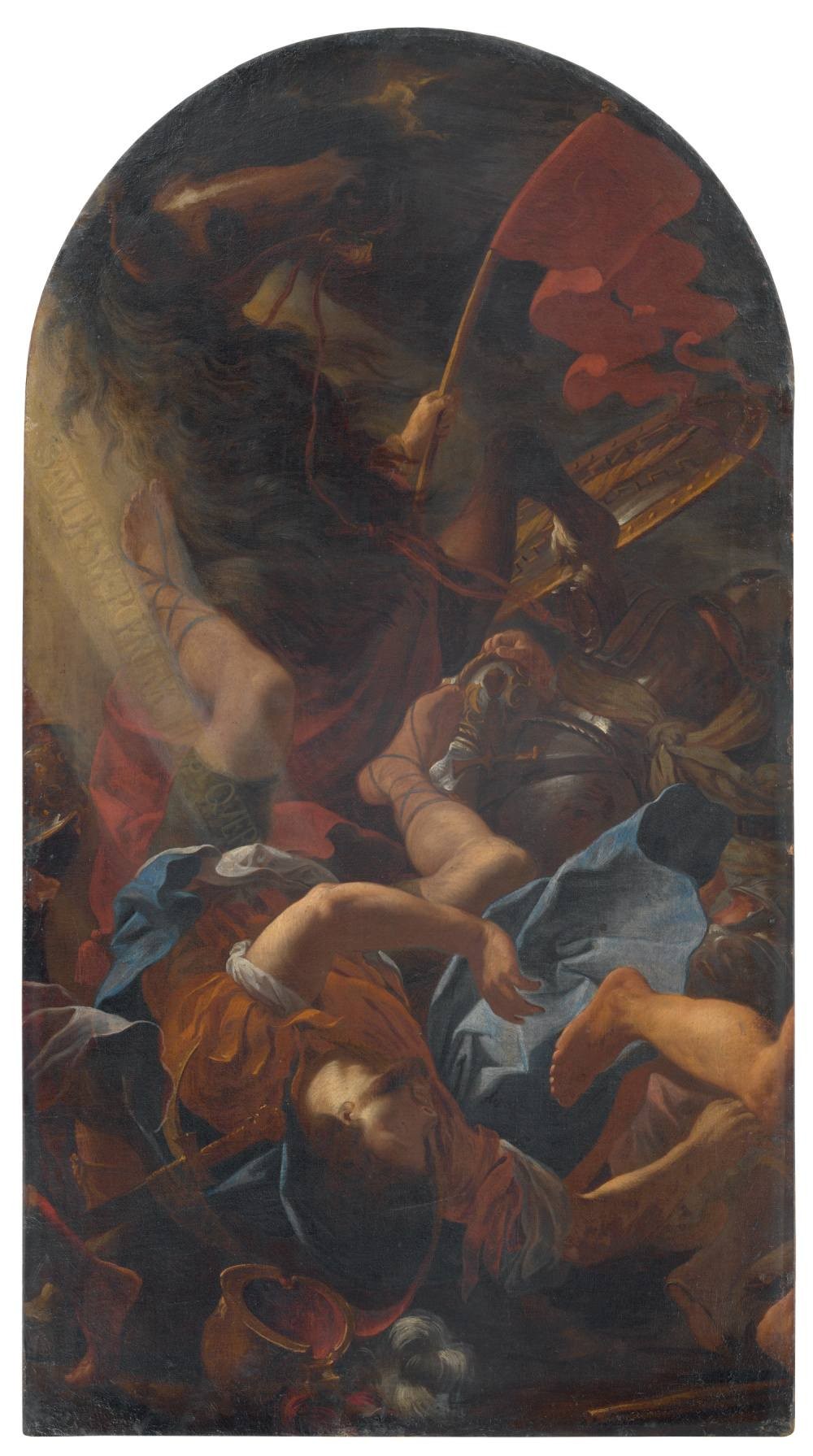 The Conversion of St Paul, (around 1659)
Related