Painter of portraits, genre and historical scenes, and above all landscapes. In 1864 he received a stipend from the city of Lvov which allowed him to study at the Academy in Vienna with Eduard von Engerth. In 1867 he returned to his birthplace and arranged an exhibition there of his works (copies of old masters, studies, still lifes, portraits, and figural compositions). He made a living by making illustrations for the local press (Mrówka and Szczutka). In 1871 he received another stipend and set out to study and work in Munich. From 1873–1877 he was a member of the Munich Artists’ Association. He also associated with Polish artists there. He began to paint small, realistic landscapes, several of which the Munich Artists’ Association bought for art auctions. In 1877 the painter moved to Vienna, where he married. He regularly exhibited in Lvov, Cracow, and Warsaw. He died prematurely of pneumonia.

Sidorowicz tried to capture realistic landscapes. Via the Munich landscape painters he acquired the latest trends in depicting landscapes, influenced by the French Barbizon school. He especially chose the type of almost flat Polish landscapes with extensive fields and pastures, ancient rutted paths, deciduous forests, and waters. Often in his scenery we find church towers, and village paths accented with chapels or peasant cottages. Ordinarily the painter livened up these scenes with a small genre figural group, in the form of travellers, resting peasants, or wandering gypsies. At the same time he always emphasised the lighting and mood in the landscape, which he captured in the most various seasonal and daily changes, as borne by the titles of his works.

In this Olomouc painting, created shortly after the artist moved to Vienna, the artist captured with free brushstrokes the cloudy sky, with only occasional rays of sunlight breaking through, lighting the spot where two female figures are resting. This place is in sharp contrast with the foreground, which is plunged into darkness. The slightly melancholy mood and mythical appearance of the landscape is made possible by the two lonely looking willows, which represent the central elements of the composition. 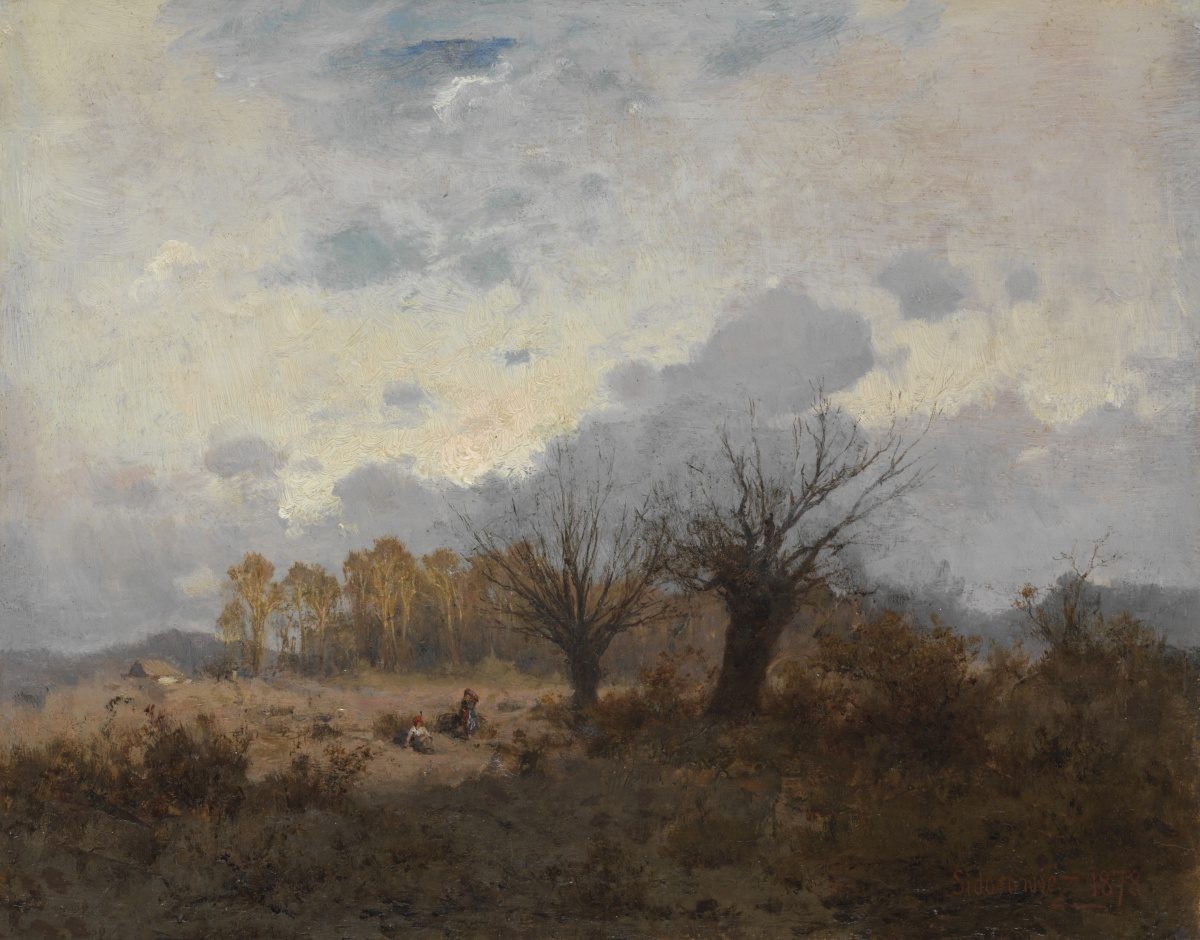