Michael Rittstein, a member of the free grouping called 15/15, has been one of the prominent representatives of Czech figural painting since the 1970s. His selection of problematic social themes supported by an expressive painting style was related, during the 1980s, to the grotesque line that was partly based in the Czech environment on the lesson of surrealism and the critical approach of the inter-war avant-garde. Similar to Jan Steklík (*1938), Karel Nepraš (1932–2002) and Jiří Načeradský (1939–2014), who were older by a generation, Rittstein develops both tragi-comical and banal stories inspired by everyday reality. Rittsteins large canvases cannot deny a distant reference to the tradition of pompous Baroque frescos. His early works reflected the limited possibilities and paradoxical manifestations of life during normalization. In his paintings he opens views into confined prefab apartments in which local stories take place, as the author calls the scenes of domestic fights, family arguments and disputes among neighbours. He creates his own iconography with residential cages, phantom electrical devices with tentacles and psychologically and physically bare, deformed figures. The figures of a dominatrix and a subservient man emerge. In his work he divides the pictures into partial (sometimes opposite) scenes, the spectator is able to follow several events simultaneously. In radical cuts he reveals the interiors of cars with lovers, bathrooms charged with eroticism and kitchens full of domestic violence. With the structural possibilities of painting and partial abstraction, even the disfigurement of shapes supported by spectacular perspective, he achieves fanciful hyperbole. This is, apart from exaggerated details and distinct, radiant colours, the dominant feature of the artists pictures. In the painting titled Mushroom Harvest the he abandons city themes and turns to nature. The author converts the theme of the devastation of the environment into an allegorical scene dominated by the aggressive figure of a flying woman. With her hands extended into tentacles, she greedily harvests a field of mushrooms, the poisonous colours of which stem from something rotten under the surface. Ecology and the criticism of an unreasonable approach to nature has been a strong theme for Michael Rittstein lately, developed in the painting of landscapes and parks.
Štěpánka Bieleszová 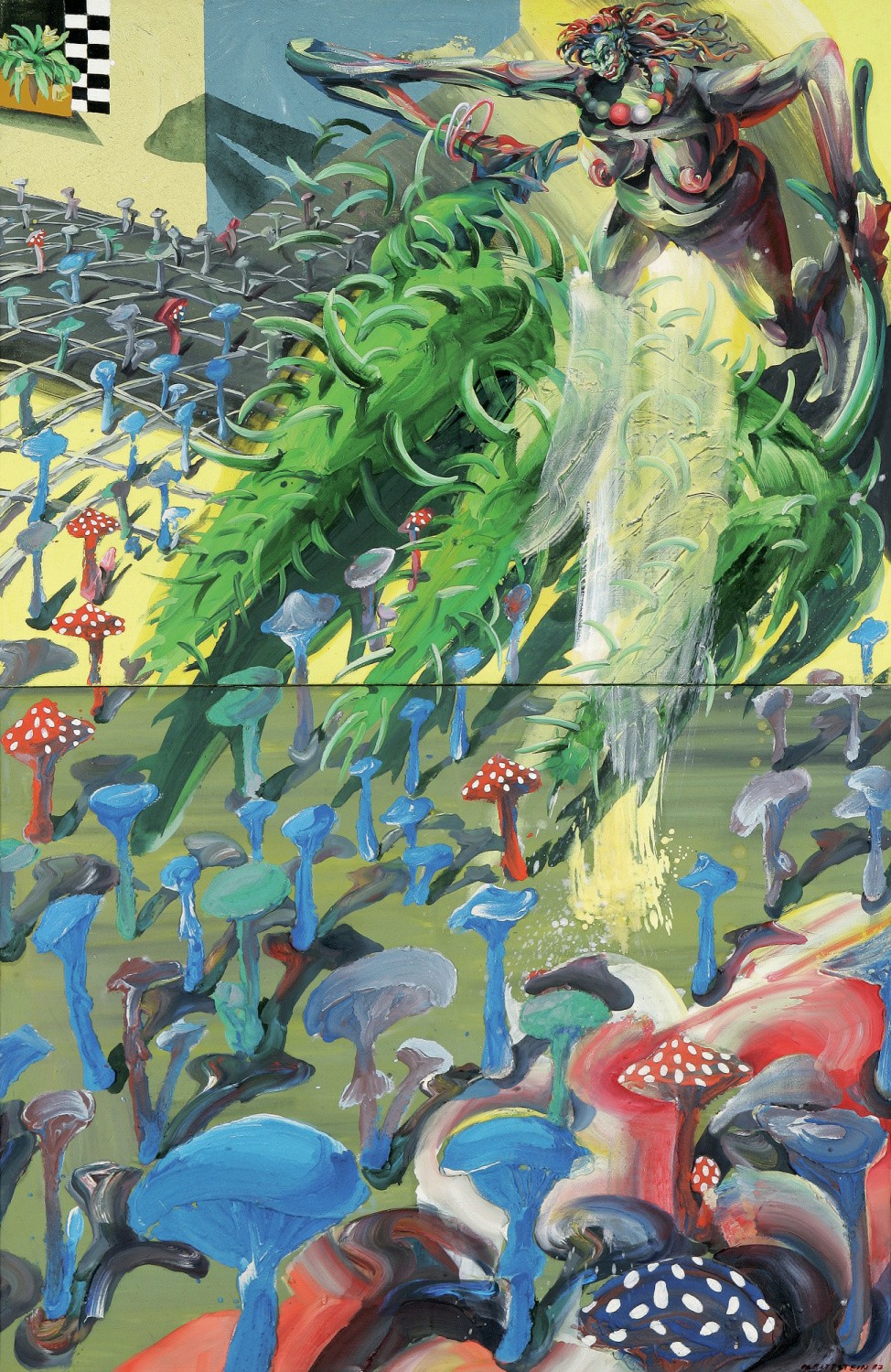