A Landscape with a Rest on the Flight into Egypt, second quarter of the 16th century

An unspecified successor of Dutch painter Joachim Patinir grasped the theme of the Flight of the Holy Family to Egypt in a similar way to his more famous model. The scene depicting the family having a rest is in the foreground of the painting. However, compared to medieval compositions, desperately little space is devoted to it. The main role in the composition structure of the painting is played by the landscape, containing a castle and a cottage, and spreading far into the distance with the help of atmospheric perspective mainly used in Dutch paintings of the 16th century. In the Middle Ages, the landscape was just staffage for biblical or historical scenes. If painted independently, it was completely fanciful and far removed from reality. It was Joachim Patinir who liberated the landscape from the grasp of medieval prejudice, opening it up to distance and bringing it nearer to reality. A widely used practice in Dutch painting was the co-operation of masters from different painting specializations. Quinten Massijs was Joachims close friend and colleague who painted figures into a number of his paintings. The identity of the unknown successor remains unclear. Researchers believe it is one of two Dutch artists, Lucas Gassel or Quinten Massijss son Cornelius. 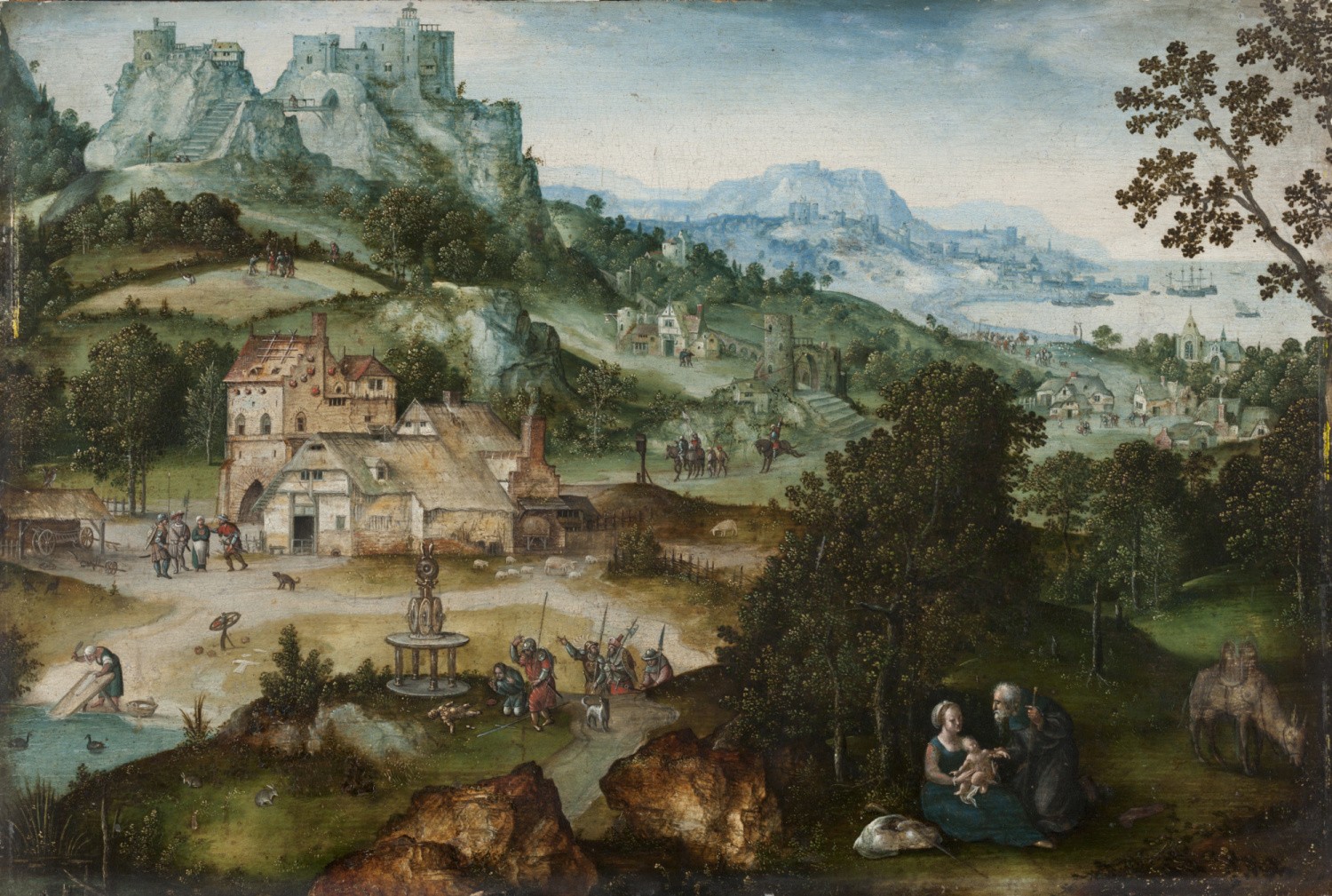 A Landscape with a Rest on the Flight into Egypt, second quarter of the 16th century
Related