A relatively litle known representative of late Baroque painting in Rome. A pupil of Giovanni Battista Gaulli kn. Baciccio, from 1744 a member of St Lukes Academy in Rome. Besides a strong influence exerted on him by his master he was heavily influenced by the Roman painters Carlo Maratta, Sebasliano Conca, Giuseppe Passeri and Giovanni Maria Morandi. He spent his very long life mostly in Rome, partly in Naples and Viterbo.

Oil on copper plate, 38.5 x 29.5 cm. Unsigned. On the back of the plate in the upper middle is printed: 39/ 7; on the back of the frame at the lower left on a paper label in pencil: 214/ Tiepo-to and in the right-hand Olomouc Archbishopric, No. 713 (since 1967 on loan at the Olomouc Museum of Art).
Provenance: bought by Archbishop Precan as Tiepolo -V. Mary of the Rosary" in 1933 in Prostejov from the antique dealer V. Seidl

While the earlier attribution to Tiepolo lacks any logic, the attribution (in pencil) to the Roman master is undoubtedly correct. In the catalogue of the Olomouc exhibition (1967), J. Neumann specified the earlier general attribution as Ludovico Mazzanti and repeated it in his subsequent studies. Neumanns attribution and the convincing arguments that accompany it can be fully accept¬ed.

Especially the typological agreements in the mural painting mentioned by Neumann, The Assumption from the church of San Ignazio in Rome, appear to be decisive for the attribution to Mazzanti. Besides evident analogies in Passeri, there is a close relation to a composition by Mo-randi, with the same name, from the church of Santa Sabina in Rome, which was painted shortly after 1700, Besides indisputable influences of Gaulli in the Olomouc picture, the main diffe¬rence can be seen in the related works of Carlo Maratta, Giuseppe Passeri and Morandi. in nearly all cases they are works that originated in the last decades of the 17th or at the beginning of the 18th century. These evident relations to Roman painting from around 1700 make us shift the da¬ting proposed by Neumann until the first two de-cades of the 18th century. 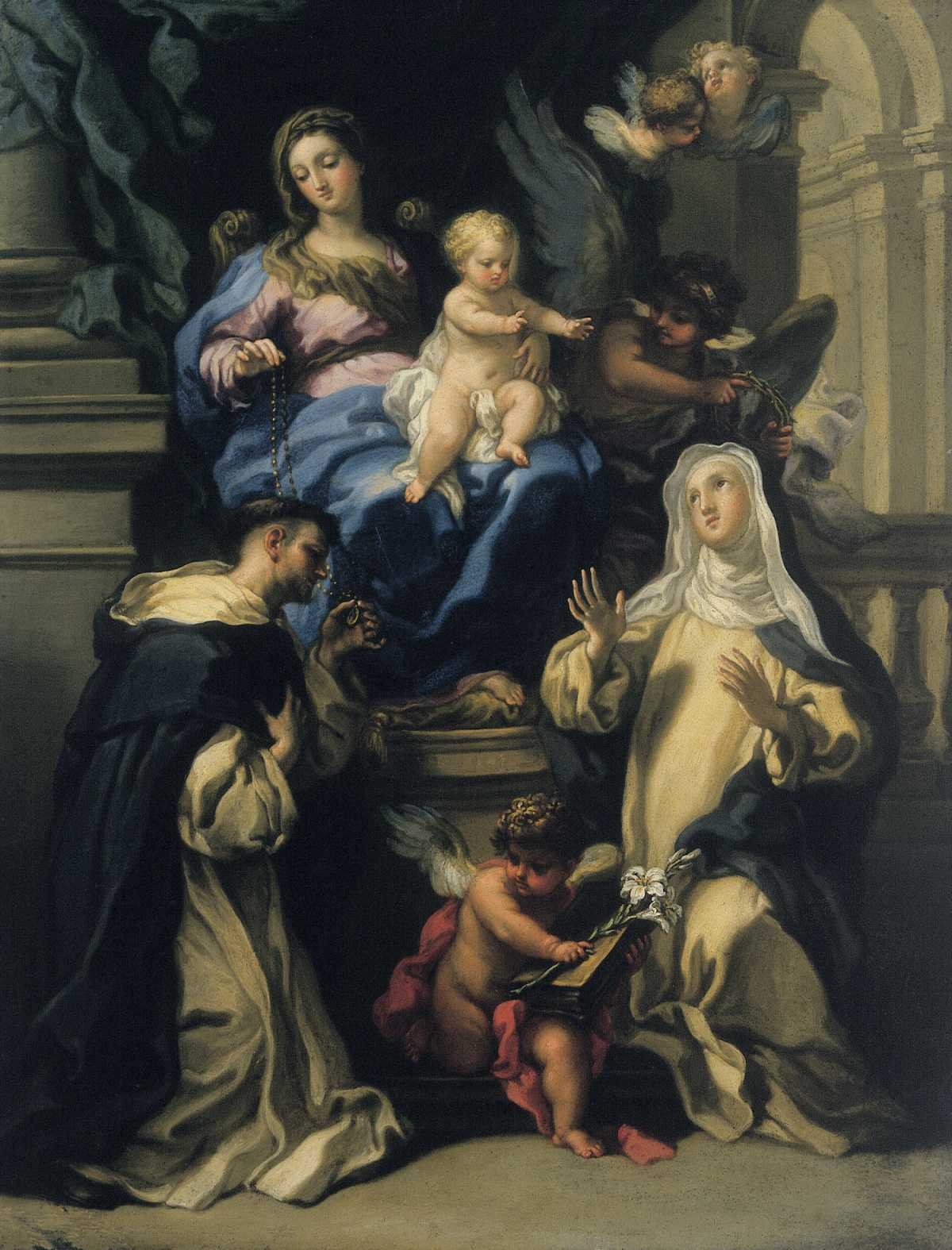 Ludovico Mazzanti
The Rosary Madonna with St Dominic and St Catherine of Siena, the first two decades of the 18th century
Related