The most prominent sponsors of the late Middle Ages and early modern times were members of the high clergy, such as bishops, prelates and the abbots of large monasteries. The panel with the theme of the Martyrdom of St. Catherine, patron saint of scholars, which Lucas Cranach sr. painted several times with his typical fineness and comeliness, was commissioned by a humanistic bishop of Olomouc, Stanislav Thurzo de Béthlenfalva. The contrast between the humble saint and the squires standing around with the executioner, by whose hands she is awaiting her death, is viewed as one of the main features of the times around 1500 when elegant refinement was combined with a brutality that is difficult to understand today. 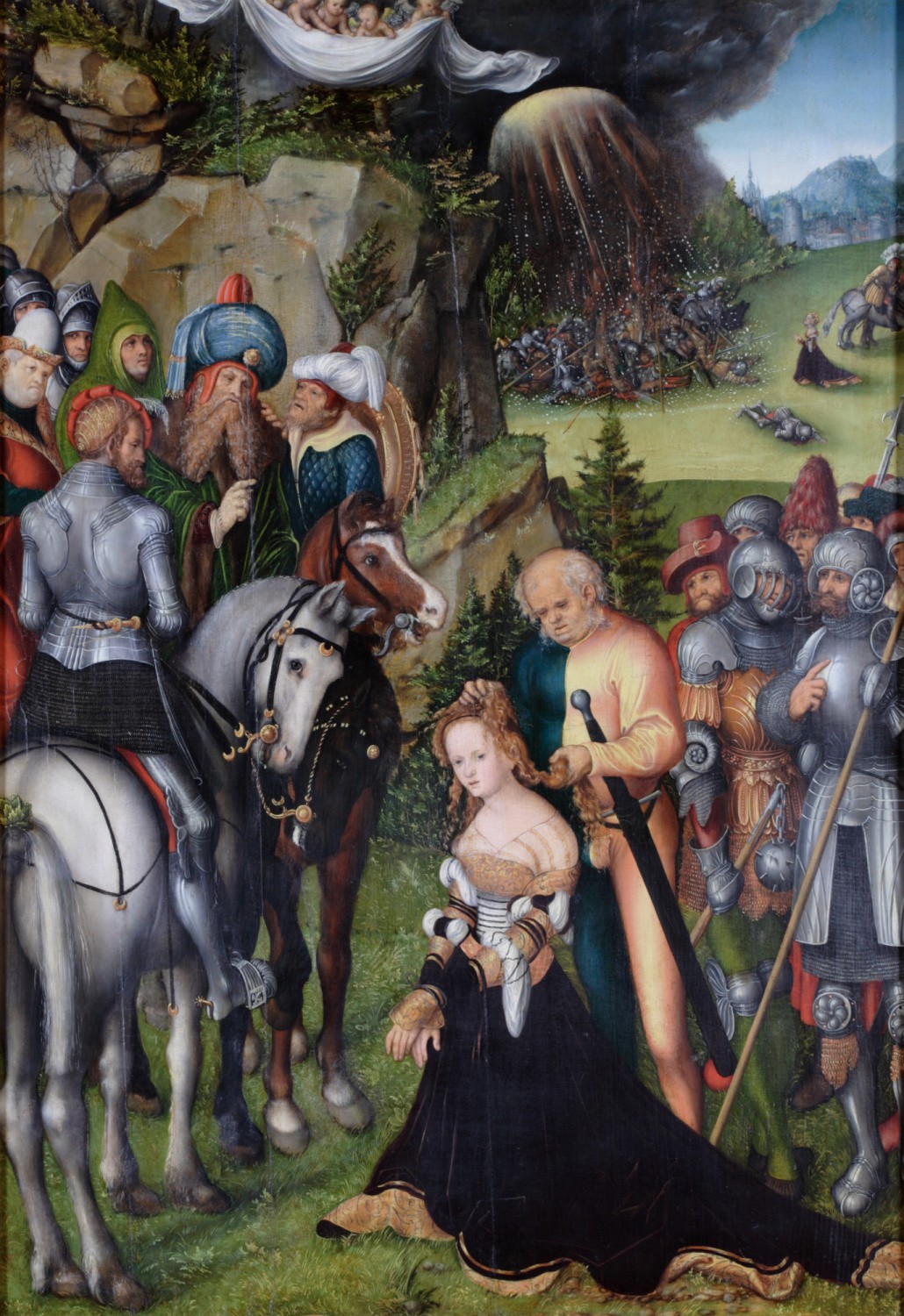 The Martyrdom of St. Catherine, 1515
Related