Still Life with Camellias and a Hyacinth, 1847

Lauer studied at the Vienna Academy under Sebastian Wegmeyer, Joseph Mössmer, Thomas Ender and Franz Steinfeld. From the 1860s, he attended exhibitions by the Vienna art group Kunsverein. Together, with Franz Xaver Petter and Franz Xaver Gruber, he was one of the best Viennese painters of floral still lifes of the Biedermeier and post-revolution era. He was inspired by Johann Baptist Drechsler (1766‒1811), the first professor of flower painting at the Vienna Academy.

These paintings by Lauer originally decorated the dining hall in the first floor of the Archbishop’s palace. They represent a typical Biedermeier floral still life. Lauer sometimes enlivened his characteristically bright still lifes with usually neutral dark backgrounds with colourful birds or butterflies. His compositions were inspired by Dutch painters and contained various types of plants and fruits which usually do not bloom and ripen at the same time.

The first still life is composed of exotic types of plants, including camellias. Camellias come from Southeast Asia and were brought to England at the end of the 18th century. They are named after Jiří Josef Kamel, Jesuit missionary from Brno. Cultivation of camellias was very popular in the 19th century and spread throughout Europe. Olomouc archbishops grew them in their greenhouse in the Kroměříž Flower Garden from the mid-19th century. Camellias were popular for their diversity of colours, which can be seen in the painting in several types of the flower, from pink to magenta. There is also a blue hyacinth, which comes from the same region as the camellia, and twigs of various types of Epacris, native to east and southeast Australia. The other painting depicts flowers of white iris germanica, tulip, nasturtium, rose, bindweed, primrose, and calliopsis and straws of sedge. The gleams on the gilded parts of the decorative porcelain vases and on the dewdrops illustrate the interest in the detailed and veristic style of painting in this period. 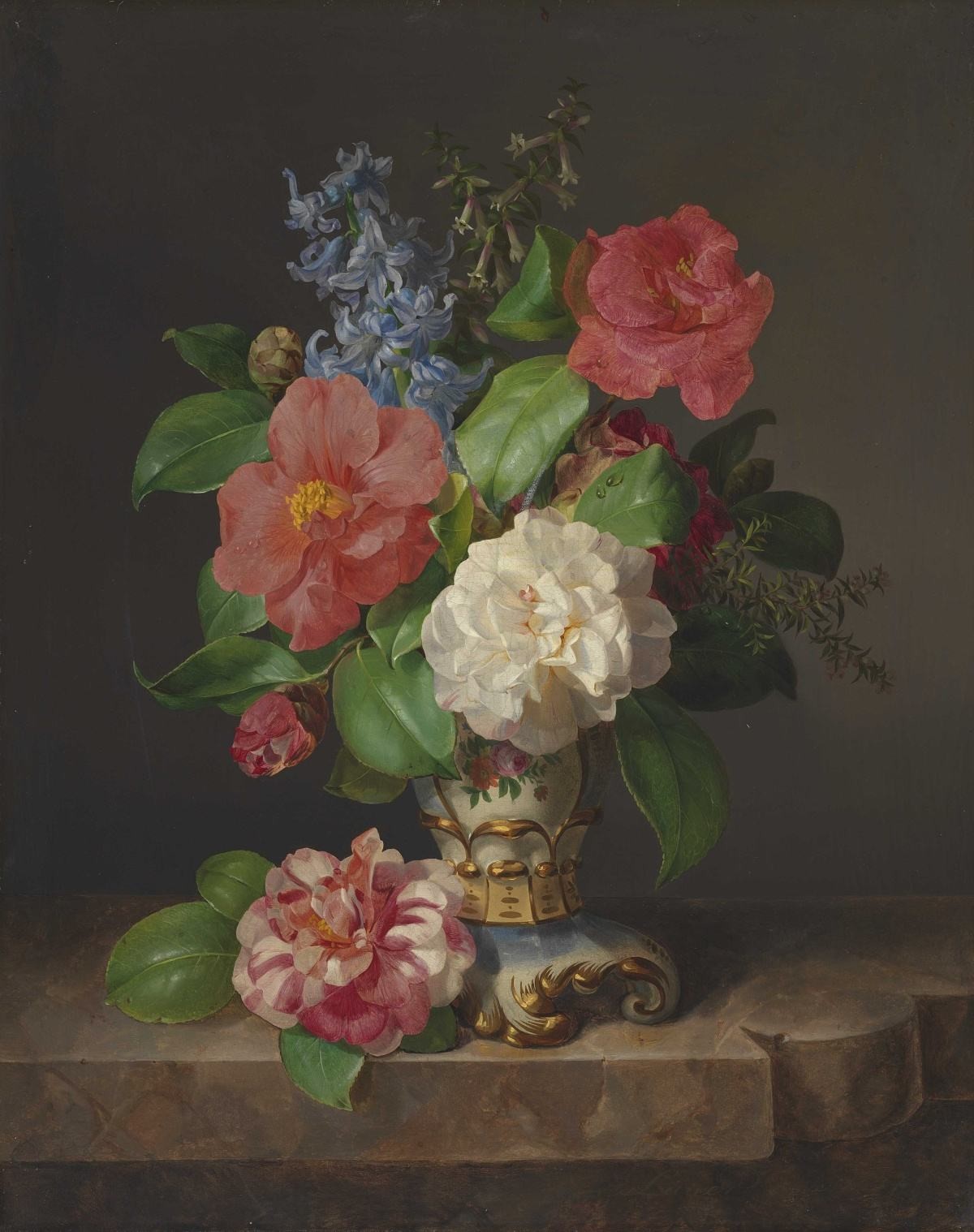 Josef Lauer
Still Life with Camellias and a Hyacinth, 1847 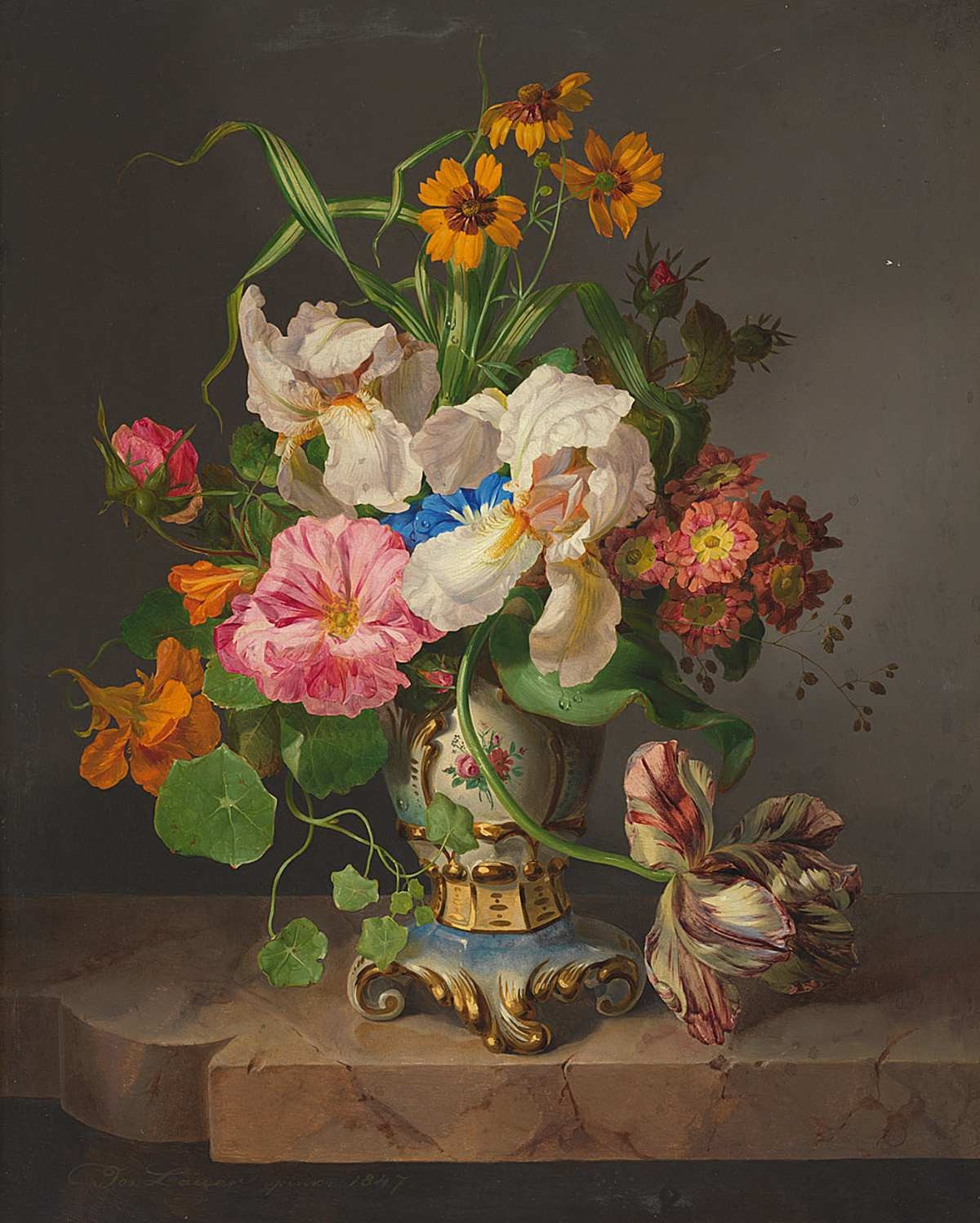