Commentary on Commercial Textiles (from the Tapestries cycle), 1988

The beginning of Lauberts free creation dates back to 1965, but he only started to work systematically ten years later when he acquired his first studio. Laubert does not favour traditional art techniques (such as drawing, painting, graphic art), but on the contrary it seems as if he was looking for a "gap in art" or, more precisely, the link between "the prose of life" and "the poetry of art". In the 1960s two and three-dimensional collage became one of his favourite means of expression, as in other situations (and different times) in the work of Jiří Kolář (1914–2002) and Jiří Kovanda (*1953). The authors inexhaustible resourcefulness and playfulness as well as his sense of ordinary life and diligence make him a notable commentator and critic of the consumer society. Lauberts pronounced attitude to compulsive and, in its nature destructive, overproduction of anything and everything is expressed in his assemblage titled Commentary on Commercial Textiles, dated 1984. At first sight the moderate work captures the spectator through the black and white checked pattern (incidentally abundantly used in other meanings during the days of classic modernism), soon changed into something strange and disconcerting. The white squares are covered with small found objects and fragments. The aesthetics of the beautiful mingle with the aesthetics of the ugly, taking the spectator by surprise with a question about the purpose of human toil.
Ladislav Daněk 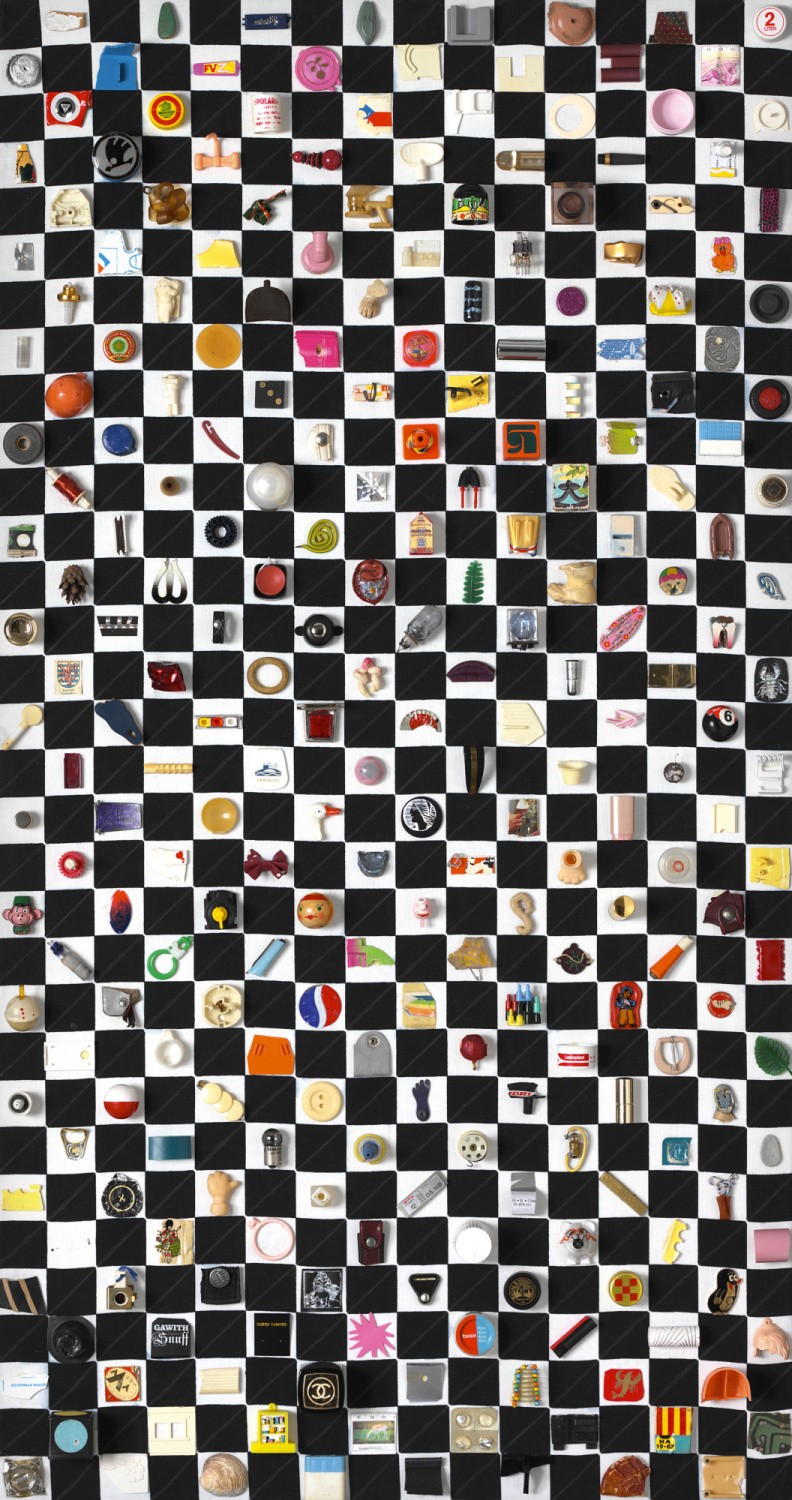 Commentary on Commercial Textiles (from the Tapestries cycle), 1988
Related