Jan Kubíček substantially influenced Czech post-war art several times. At the turn of the 1960s his paintings were a certain antipole to the "dark" tones of structural abstraction (informel).  Subsequently between 1962 and 1966 he participated in the formation of the Czech form of the international lettrism movement. From 1967 Kubíček was one of the key figures of neo-constructivist tendencies, and he continued to develop his original geometric programme until the end of his life. Kubíčeks photographic work, although little mentioned, is also significant. The characteristic features of the artists works of lettrism and geometric abstraction are; the sense of order, the striking visual message, the absence of literary contents and a precise painting technique. We find all those features in the painting Composition with an Arrow, Letters and a Number, which is one of his lettrist works that was significant in his development. The painting may be regarded as a certain synthesis of the authors vocabulary at that time, consisting of a combination of different civilizational graphic and typographic elements, in this case represented by the arrow, a visually impressive cluster of graphemes and even a metal house number nailed to the picture. Through a vertical division of the board into two almost identical halves the work anticipates the principle of division that became the central theme of a number of Kubíčeks subsequent works from the second half of the 1960s and the beginning of the 1970s. However, at that time his work was so radical that Kubíček became a key representative of Czech systems art, and this soon brought him international recognition. An excellent example of the artists progressiveness is the triptych Addition - Progression. This work is based on the principle of dividing squares in two parallel ways, i.e. in the plane and with the help of lines, thanks to which this seemingly rationally created work has an unexpected visual effect.
Ladislav Daněk 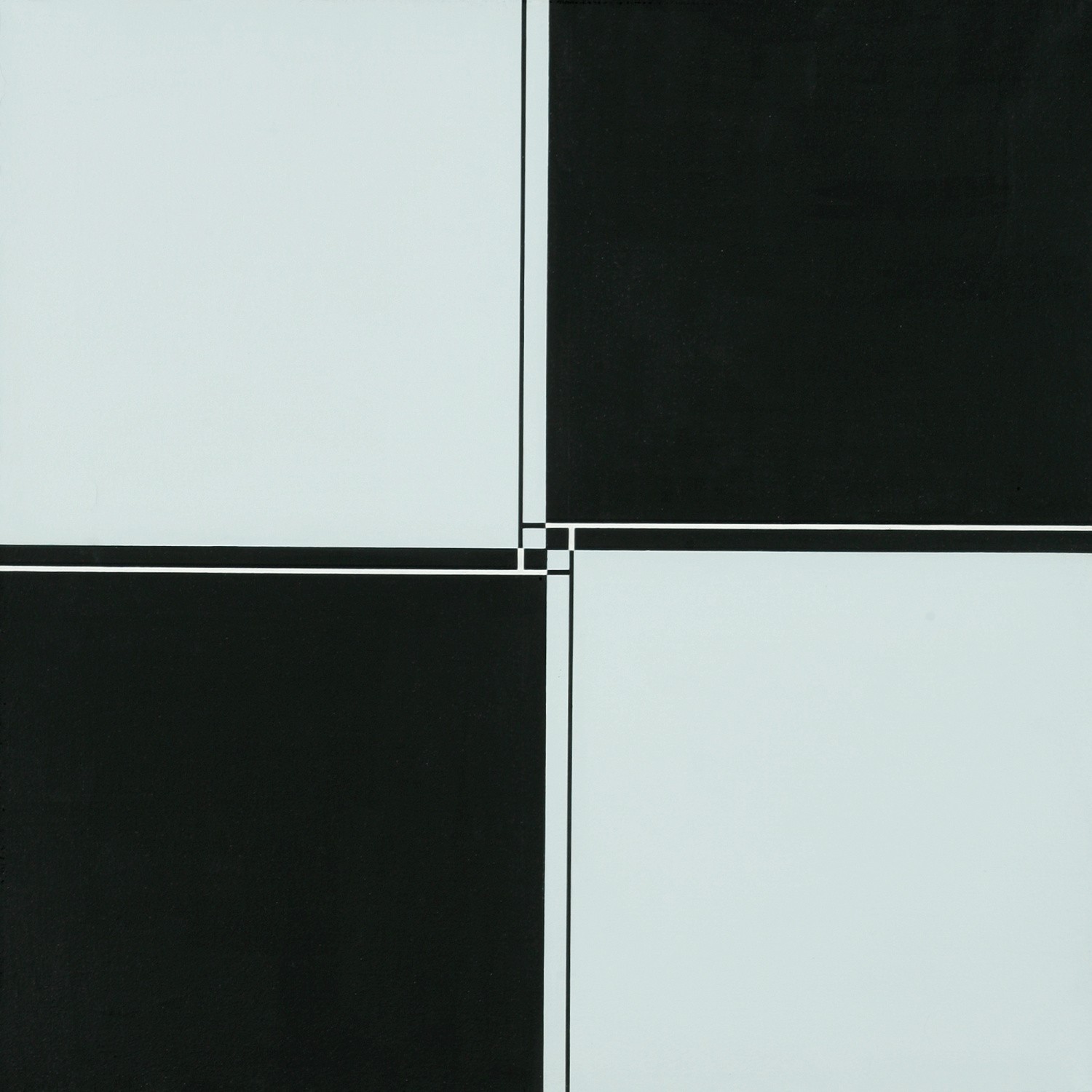 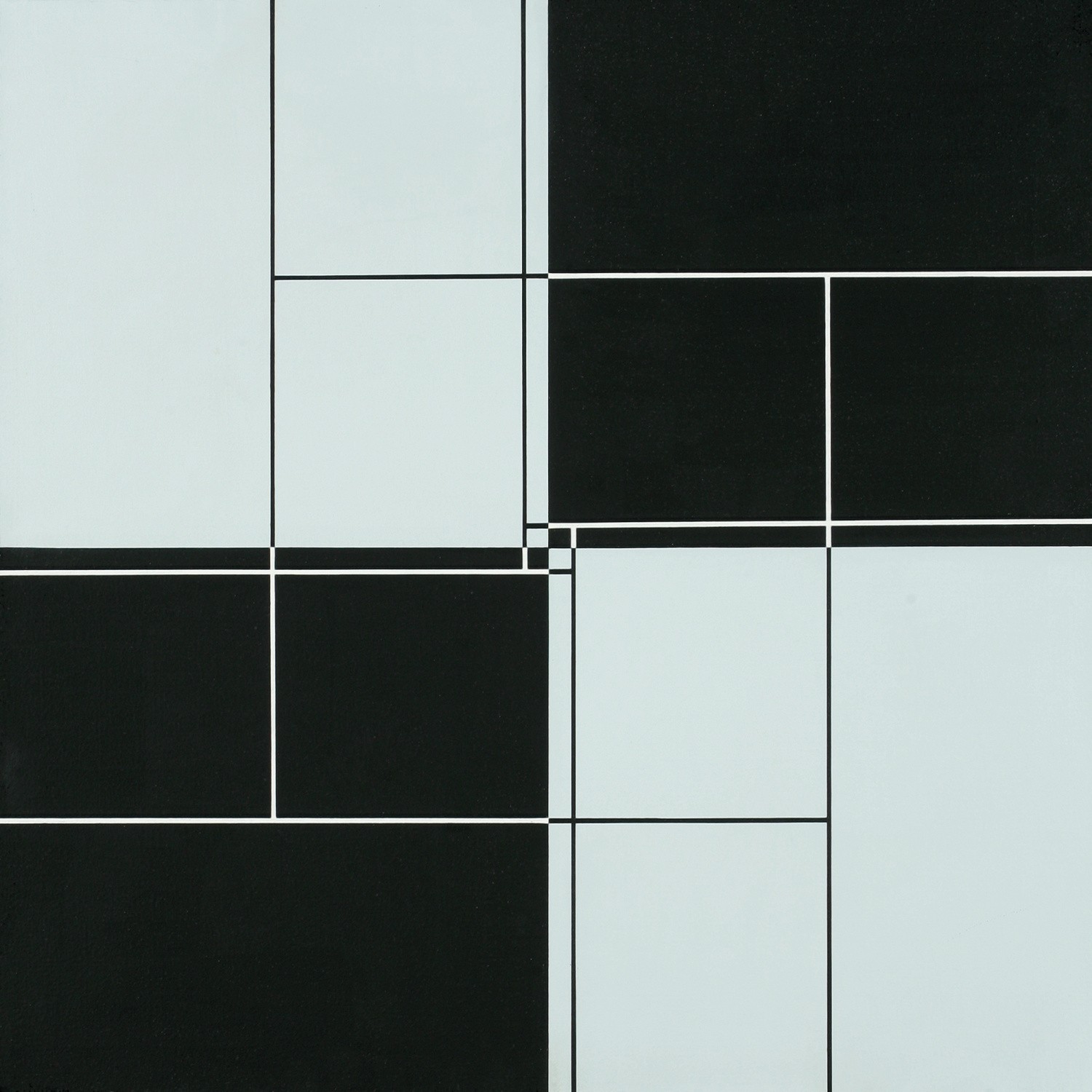 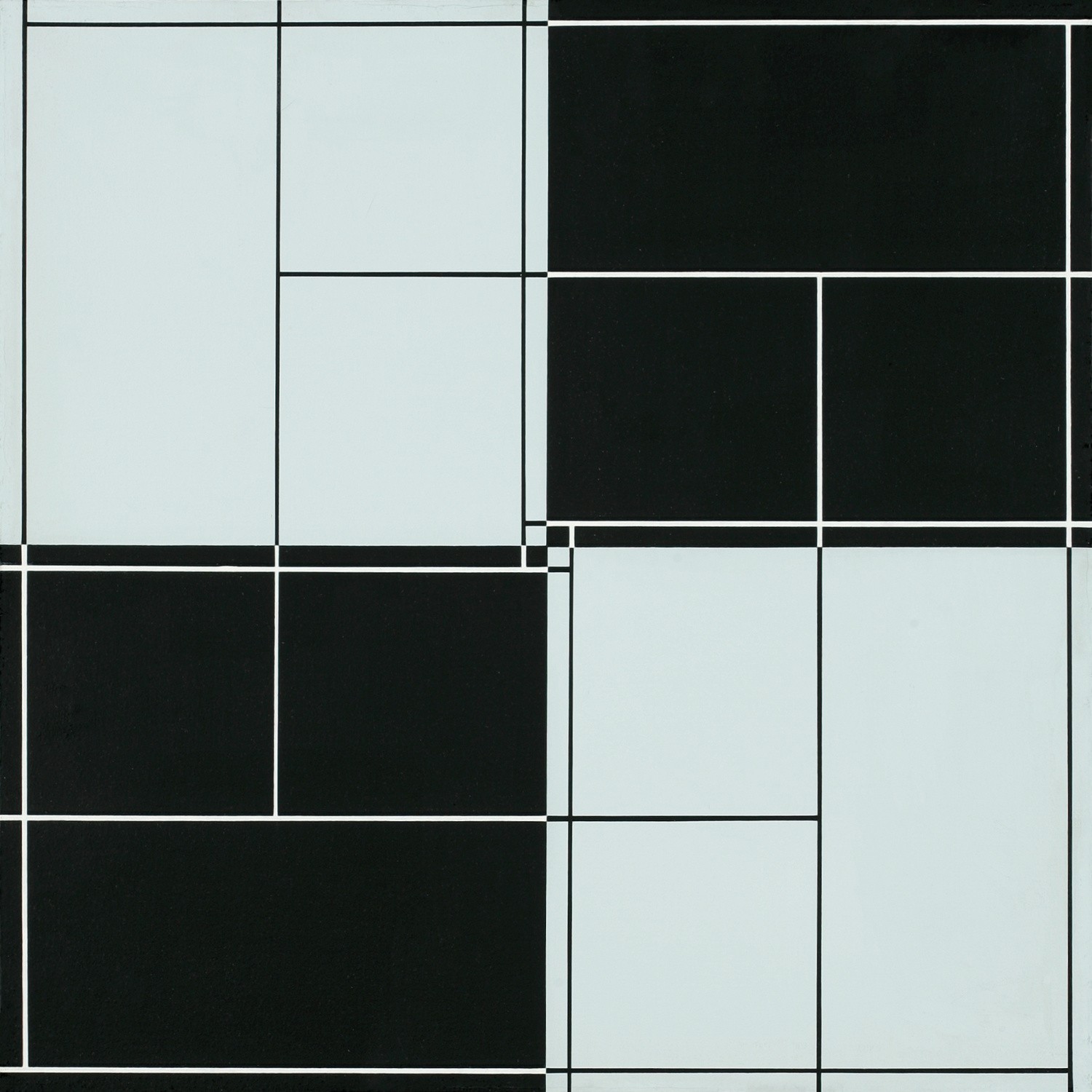