The origins of the work of poet and artist Jiří Kolář lie in the authors belief in the cathartic effect of words which point out, among other things, the tragedy of modern life. His first collection of poems was published at the beginning of the 1940s. However, from the end of the following decade he moved away from poetry and inclined towards an artistic approach to words. His inclination towards an increasingly distinct use of artistic means in his poems proceeded in two ways. The first took place on the level of graphic externalization of a poem in the form of typograms and the second was represented by collage. Kolář began making collages around 1958 and he soon discovered his famous techniques of rollage and chiasmage. Both methods remained his favourites all through his life, and he characterized them as follows: "Rollages taught me to see the world in at least two dimensions and led me to the idea of the multiplicity of reality. Chiasmage taught me to see the world and myself in the infinity of the point of view." The method of chiasmage, the most simple version of which consists in covering a surface (or a three-dimensional object) with scraps of different texts or reproductions, is used in the presented work of art. The author emphasized the ambiguity of its meaning with the clever title Untitled. Therefore the work invites us to make our own interpretation, attracting us with its fine grace, in which the artists sharp intellect is combined conspicuously with the precision of his style and his unique poetic and artistic imagination.
Ladislav Daněk 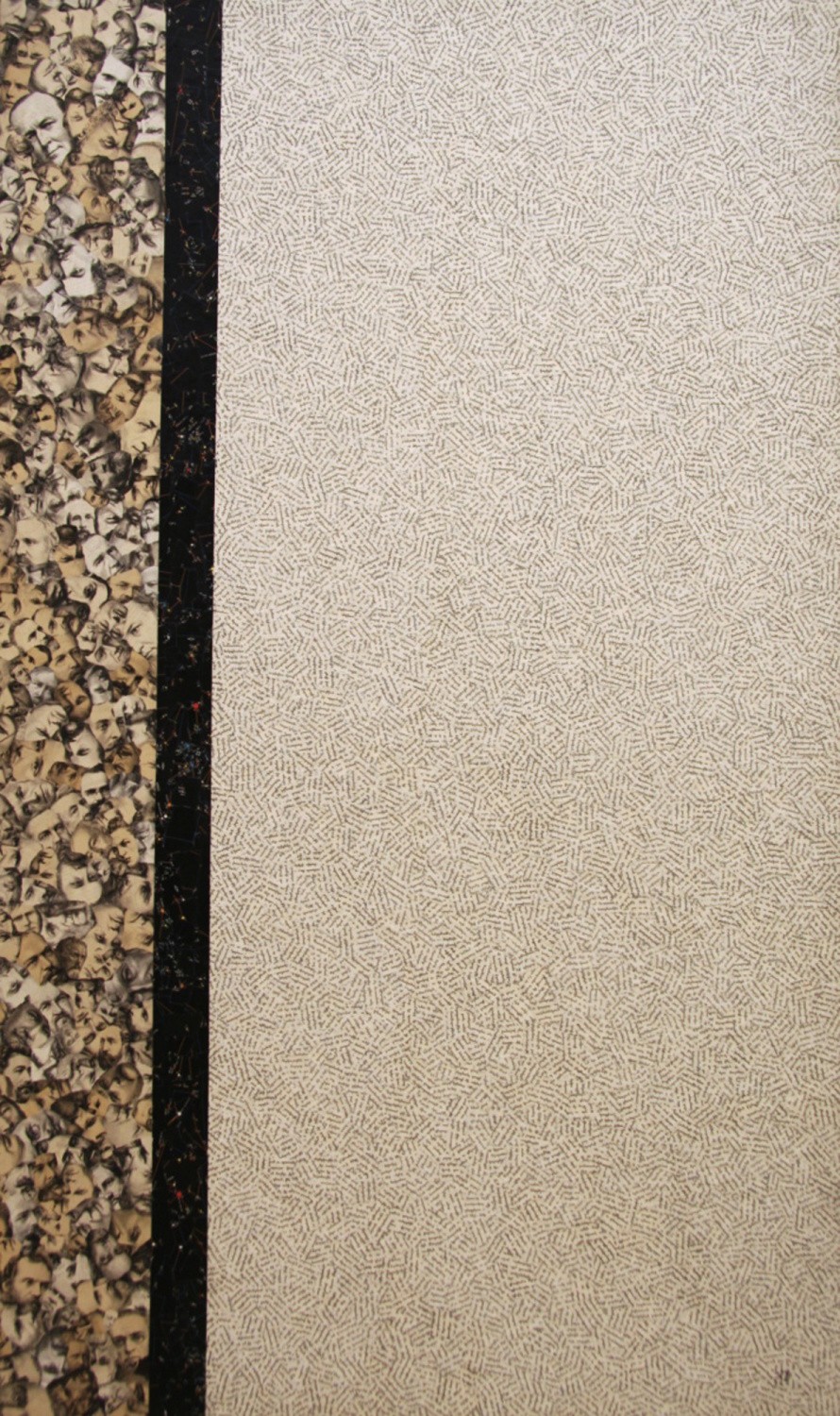