Kalvoda was a painter, graphic designer, educator, theorist of fine arts and writer. Kalvoda studied fine arts at Mařák School, to which he was admitted in 1892. It was Kalvoda, together with his classmates Antonín Slavíček, Otakar Lebeda and Stanislav Lolek, who brought the Mařák School of Landscape Painting fame. After his graduation and a brief stay in Bosnia, Kalvoda received a Hlávka scholarship two years in a row which enabled him to study in Paris (1900) and Munich (1901). After his return from Paris, Kalvoda established his own school of painting, which filled the gap caused by the shutdown of the landscape painting section at the Academy in Prague. The classes took place in his studio in Mánes Street in Prague, which he inherited from his friend Luděk Marold, as well as outdoors in the summer. In 1917, Kalvoda bought and adapted a Baroque chateau in Běhařov in Šumava, where he lived and painted as well as where he organized courses of landscape painting in summer. Among his most successful pupils were Martin Benka, Josef Váchal, Jaro Procházka and Karel Němec. Kalvoda’s landscape paintings were influenced by the realistic paintings of Mařák which he enriched with his sense of colours inspired by Impressionists. Kalvoda’s typical style can be characterized by the emphasis on drawing which he adopted from Mařák and which he, under the influence of the Worpswede School, brought closer to the Art Nouveau look of that time.

The painting On Marne represents a traditional landscape scene with a meandering river surrounded by a forest with broad-leaved trees which creates the main horizon of the painting, located approximately two thirds of the way up. The river in the centre, which gave the painting its name, does not, however, play an important role in the whole composition. There is a houseboat or a building on pontoons on the river which occupies the central position in the painting. A grassy riverbank with a tuft of full-grown meadow flowers creates the most articulated part of the composition. It seems as if the main theme was the lush green vegetation drawing strength from an almost imaginary river and reflecting itself in a nearly turquoise sky.

The painting was created during Kalvoda’s scholarship trip1 which he did together with sculptor Josef Mařatka in two months during the summer of 1900. In the beginning, he painted on the Seine in Paris and in the second month on the river Marne in Moulineaux, which is now one of the peripheral parts of the capital city located near the convergence of the Marne and Seine. In his book Vzpomínky, Kalvoda sees the greatest significance of his stay in Paris as getting to know the museum collections and gallery exhibitions which he attended with Mařatka. The majority of scholars interpret this information in a sense that Kalvoda’s stay in Paris had almost no impact on his works. Nevertheless, it is this painting, painted with a wider brush and in a more relaxed style, which indicates that Kalvoda was influenced by Impressionism. The importance of the painting is confirmed by its presentation at the majority of the most important exhibitions of Kalvoda’s works.

1. He could make this trip thanks to a scholarship from the Hlávka foundation, which also enabled him to visit Munich the following year. See Kalvoda 1932, pp. 36–37. 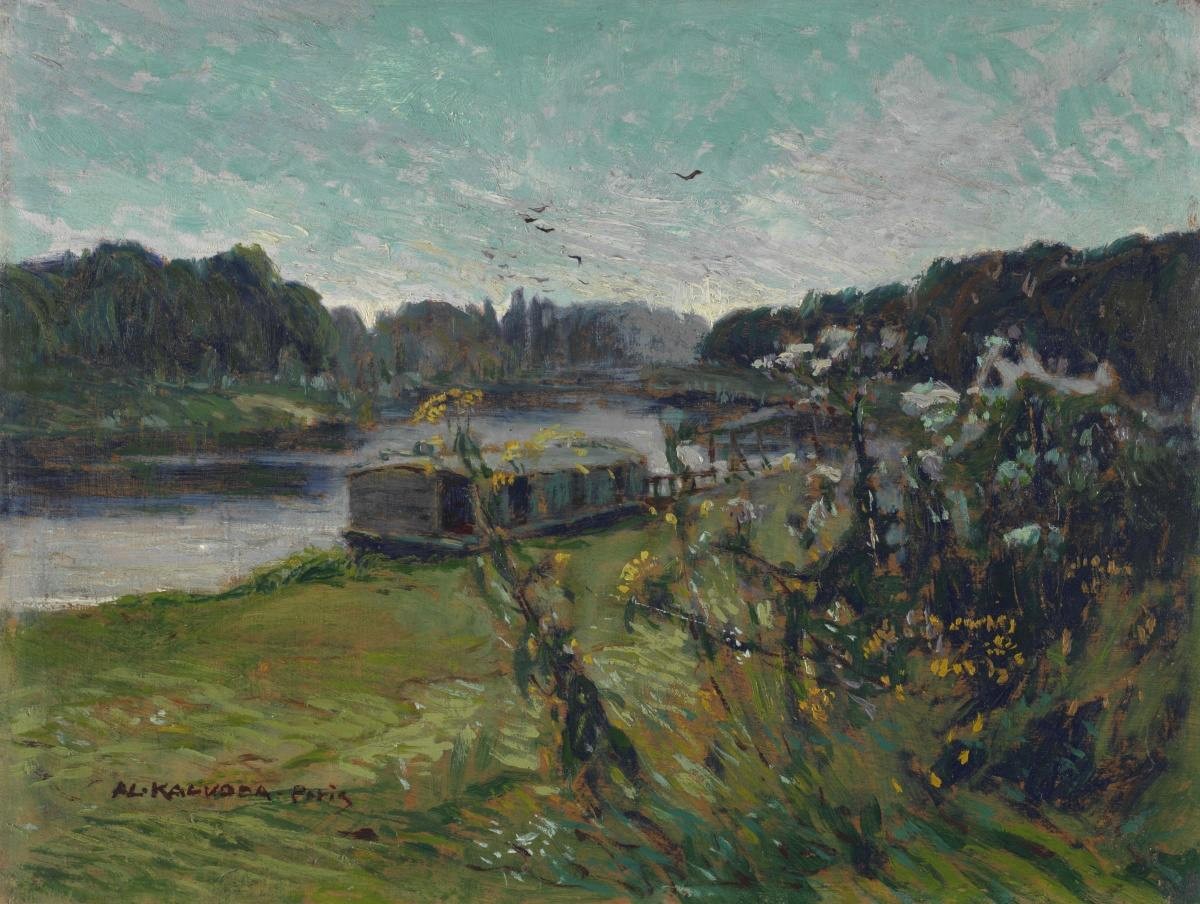 Alois Kalvoda
On Marne, [around 1900]
Related