During his lifetime Karel Javůrek was a popular painter of nationally oriented history paintings and religious scenes. He was thoroughly trained. It may seem that the son of a Prague manufacturer (a producer of ribbon) would be well provided for, however, Javůrek had to make money for his studies in Vienna (under Josef Danhauser) and at the Prague Academy (under František Tkadlík a Christian Ruben). He also studied in Antwerp (under G. Wappers) and Paris (under Thomas Couture), where he worked in Goutiere’s workshop. He visited Dresden where he improved his restoration skills. Javůrek was often associated with nobility; he worked for the families of Thun-Hohenstein and Colloredo-Mansfeld, for Eugen, Count Czernin, and especially for Prince Camille de Rohan at his château in Sychrov where he created a portrait gallery. Count Rohan recommended Javůrek to his friends, Count Des Fourse and Prince Roman Sanguszko from Slavuta near Kiev, where Javůrek spent six months as a copyist. Javůrek’s paintings express his love for Czech history; he was inspired by historical as well as literary sources. His works often show a scene-like composition and stiff brushwork and soon became outmoded. Nevertheless, during his lifetime Javůrek’s paintings were highly popular for their patriotic content and they were also often copied (especially in the magazines Světozor and Zlatá Praha). Javůrek was never appointed a professor at the Academy but was often sought after for private lessons in painting techniques (for example, by František Ženíšek or Helena Emingerová).

This academic and dry painting does not show the spark of Javůrek’s popular works from the previous decade, the era of his greatest success. Despite being ill, the sixty-seven-year old artist agreed to create a portrait of the Pope. As a model, he used an official photo of the Holy Father from 1878 and a coloured, mirror-image chromolithograph. The Pope, slightly turned to the left, is wearing a white calotte and white damask mozzetta hemmed with fur. The Pope can wear this clothing only from Easter Sunday to Pentecost. Instead of pallium, the artist decided to add an effective stole with a golden orphrey with motifs of volutes, fans, and grapes, all symbols of Christ’s community.

This routine work looks rather impersonal because artistic creativity had to make way for the accuracy and sternness of the photograph. The commissioners of the painting did not want any experiments. The ageing painter was certainly honoured by the commission as well as the commissioner – probably Archbishop Friedrich von Fürstenberg – who must have been glad that Javůrek accepted his proposal. The commission was related to Olomouc, the place of the assassination of the last member of the Přemyslid dynasty, who was the motif of one of Javůrek’s best paintings, The Assassination of King Wenceslas III in Olomouc on August 4 1306.1

Leo XIII2 was a great reformer and founder of new dioceses, archdioceses (248 in total) and apostolic vicariates not only in Europe but also in the USA (28 in total). He also founded patriarchates outside of Europe (in northern Africa, India and Japan), especially in the USA and in the British colonies, and helped to make important concordats. Because he was sympathetic to socially weak classes and issued an encyclical called Rerum novarum, he was known as a Pope of the working class.3 He was interested in the natural sciences, especially astronomy and, thanks to him, the Vatican archives were opened to research. Although he was seen as rather conservative by the end of his pontificate4, he helped to improve the political prestige of the Catholic Church.

This portrait of Pope Leo XIII is not a good example of the artist’s qualities. The Pope, however, was interested in art. He was also portrayed by another central European painter, Franz Seraph von Lenbach, known as one of the Munich “princes of painters.” Javůrek’s portrait cannot be compared with works by Lenbach. However, there is an important difference. Lenbach portrayed the Pope in person, while Javůrek had to only work with an official photograph, and the result is adequate.

Thanks to Javůrek’s portrait, we now know that the painter of the unsigned portrait of Pope Leo XIII from Kroměříž is also Javůrek’s, as was suggested by Breitenbacher.5 Due to the stern character of the painting, Javůrek was previously not considered as a possible creator.6

2. Pope Leo XIII (born Vincenzo Gioacchino Raffaele Pecci, 1810–1903) was born near Rome to a noble family and studied at the Jesuit College in Viterbo and later at the Ecclesiastical Academy in Rome. In 1837 he was ordained a priest. As a papal diplomat and nuncio of Pope Gregor XVI, he was sent Belgium in 1843. Belgium had recently become independent and planned to separate church from state. Pecci supported bishops in their opposition to the government and was removed from the office at the request of King Leopold I. He was then appointed the bishop of Peruggia and issued an encyclical addressing the annexation of the country by the Kingdom of Sardinia. He also founded the Academy of Saint Thomas Aquinas and tried to strengthen the relations between contemporary culture and the Catholic Church. He was appointed a cardinal and soon after that, on 20th February 1878, he became the Pope. – See Leo XIII, 1998.

3. The encyclical from 1891 addressed the problem of private ownership and the rights of the working class to have fair wages and dignified conditions. The Pope also supported the foundation of unions. In another encyclical, intended for Czech bishops, the Pope warned against the advancing secularization in the Czech lands and urged the bishops to take adequate action. The pope also supported the Czech college in Rome called Bohemicum.

4. New censorship regulations were issued and the Index of Prohibited Books was reformed in 1900. See Leo XIII, 1998. 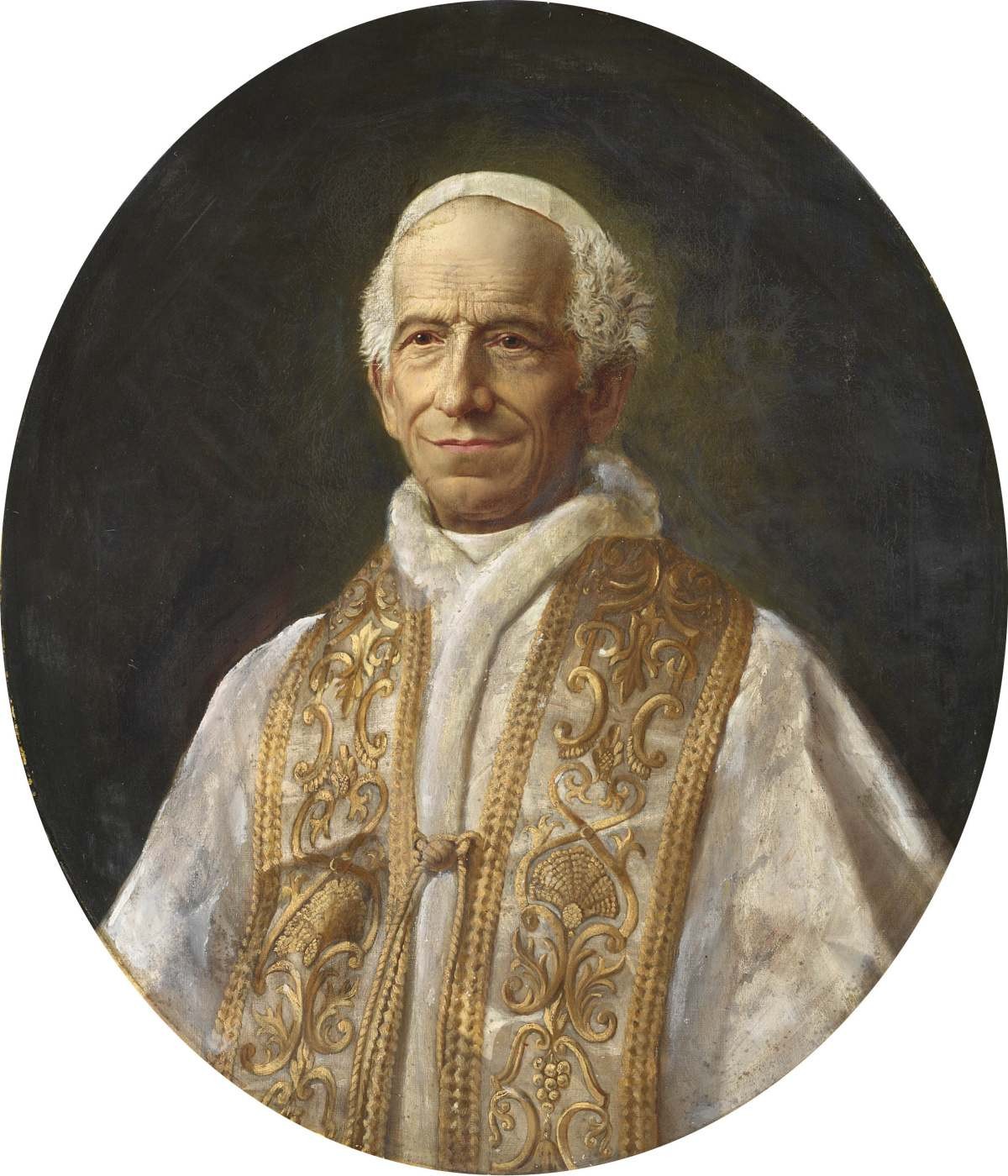