Jansen was a landscape painter. When he was 17 years old, he went to Düsseldorf and studied at the Academy for two years (under Johann Wilhelm Schirmer). In the beginning he depicted only the German landscape around the Rhine and Moselle rivers, he especially liked mills. After several study travels, he started to paint the Bern Highlands and Bavarian mountains, which became a great source of inspiration till his old age. From 1850 he regularly presented his works at German exhibitions and, from 1870, he attended almost every annual exhibition of the Academy in Berlin. In 1880 his painting Oeschinensee was bought by Emperor Wilhelm I of Prussia. His paintings were highly appraised and sought-after. Jansen’s wife Luise (1835–1912) and daughter Emilia (1871–1918) were also painters.

Inspiration for this picturesque romantic scene probably comes from the landscape around the Rhine or Moselle River, as is suggested by the rolling land and the depicted vegetation (beeches, birches, oaks), as well as the date of the creation because, at that time, Jansen found motifs for his works exclusively in these regions. The dominant feature of the painting represents a forest along which, from the forefront to the horizon with a silhouette of a town, runs a broad hollow way. One figure is resting near a small pond and we can also see a herd of sheep followed by a shepherd and his dog. At that time trees were used for feeding livestock – obvious especially on the oak at the front overgrown with ivy – because its annual shoots were cut and used as feed. Jansen perfectly captured the colours and light atmosphere of a landscape during a warm summer day. This is the reason why his works were so popular. 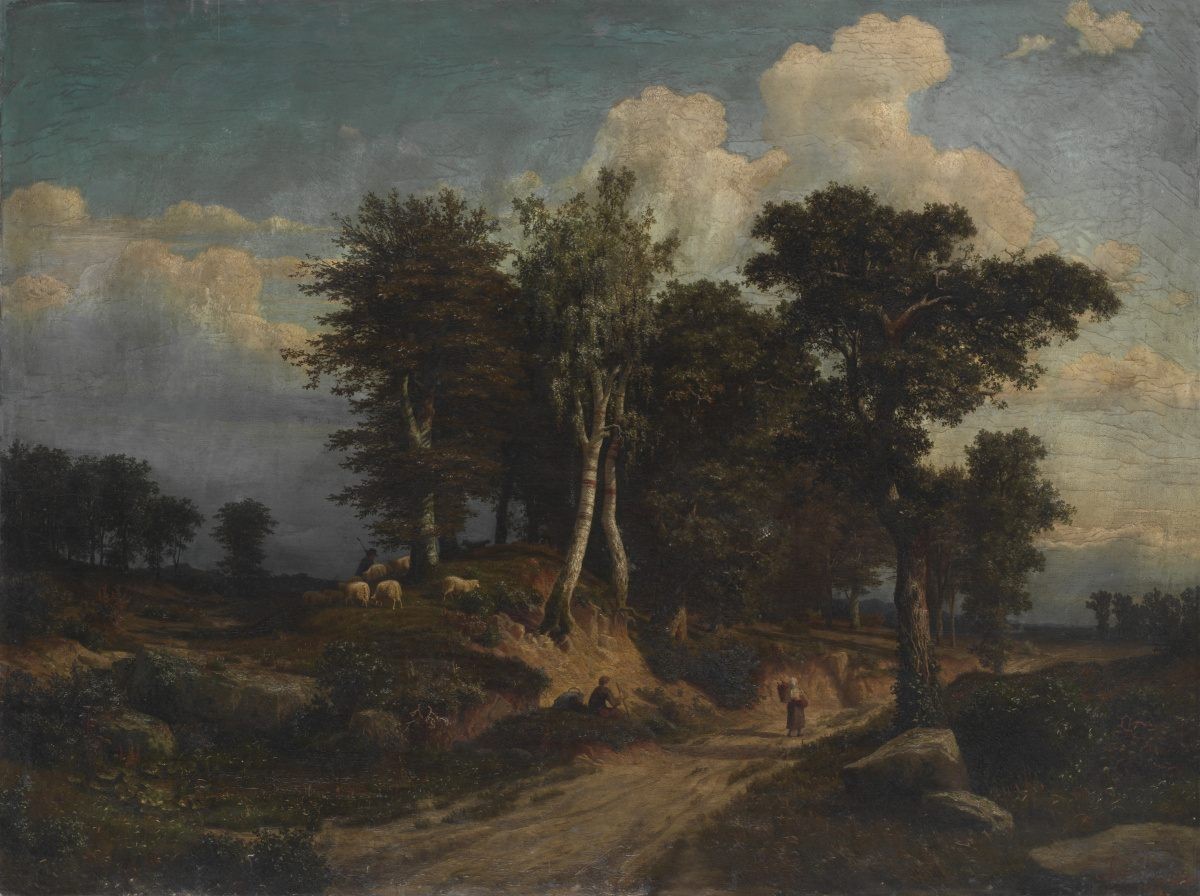