The son of Pieter Bruegel the Elder and grandson of Pieter Coeck van Aelst is known as a prominent Dutch painter of still lifes, flowers, landscapes and figural scenes. He travelled through Italy, stayed in Naples and Rome, and via Prague he returned to the Netherlands, where he became court painter to the sovereigns Albrecht von Habsburg and Isabella of Spain. The Peasant Brawl is one of the compositions adopted by the Bruegel brothers (Jan sr. and Pieter jr.) from their father in an identical form. It was enriched through the landscape backgrounds of Jan sr. and spread throughout Europe in tens of pieces. Cheating in cards results in an emotional fight, through which the painter delivers a moral message about mans futile toil and the consequences of a false life. The painting apparently came from the imperial collections of the Prague Castle. In Kroměříž it is documented as part of the chateau panel gallery at the end of the 18th century. 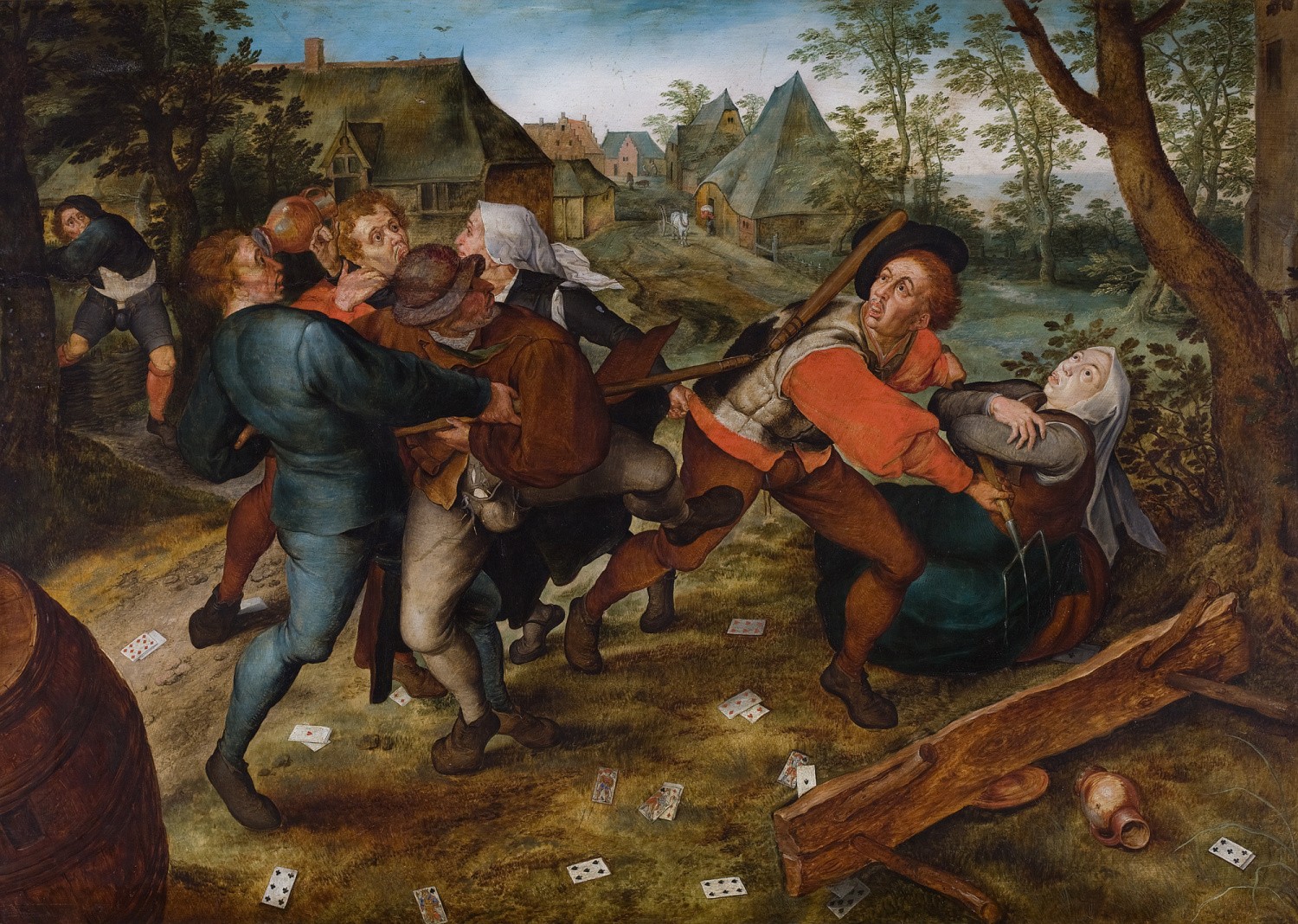 A Peasant Brawl, around 1610
Related