Adolf Hoffmeister was a left-wing writer, painter, journalist, caricaturist, lawyer, member of the anti-Nazi resistance in France and USA, editor of the Voice of America, ambassador in Paris, University professor, and a chairman of the Czech PEN Club and the Association of Czechoslovak Creative Artists.  Being an art lover, Hoffmeister built an amazing collection of so-called primitive art and applied its principles (unrestrainedness, directness, expressiveness, and purposefulness) in his own works. Simplified brushwork, distinctive gesture, fanciful colourfulness, and a sense of exaggeration were characteristic for his caricatures, free drawings, and paintings.  An experiment, artistic abbreviation, and a paradoxical combination of incompatible elements link him with the tradition of the Czech Avant-garde (including Dadaism).   He maintained a close relationship for example with Burian, Voskovec, and Werich, as well as Karel Teige and other members of the Devětsil (Butterbur) and Mánes Groups. Similarly to Medieval panel painting, precision and diversity of individual depicted types of plants and birds is a good guide for scientific investigation of all possible existing and surreal worlds. 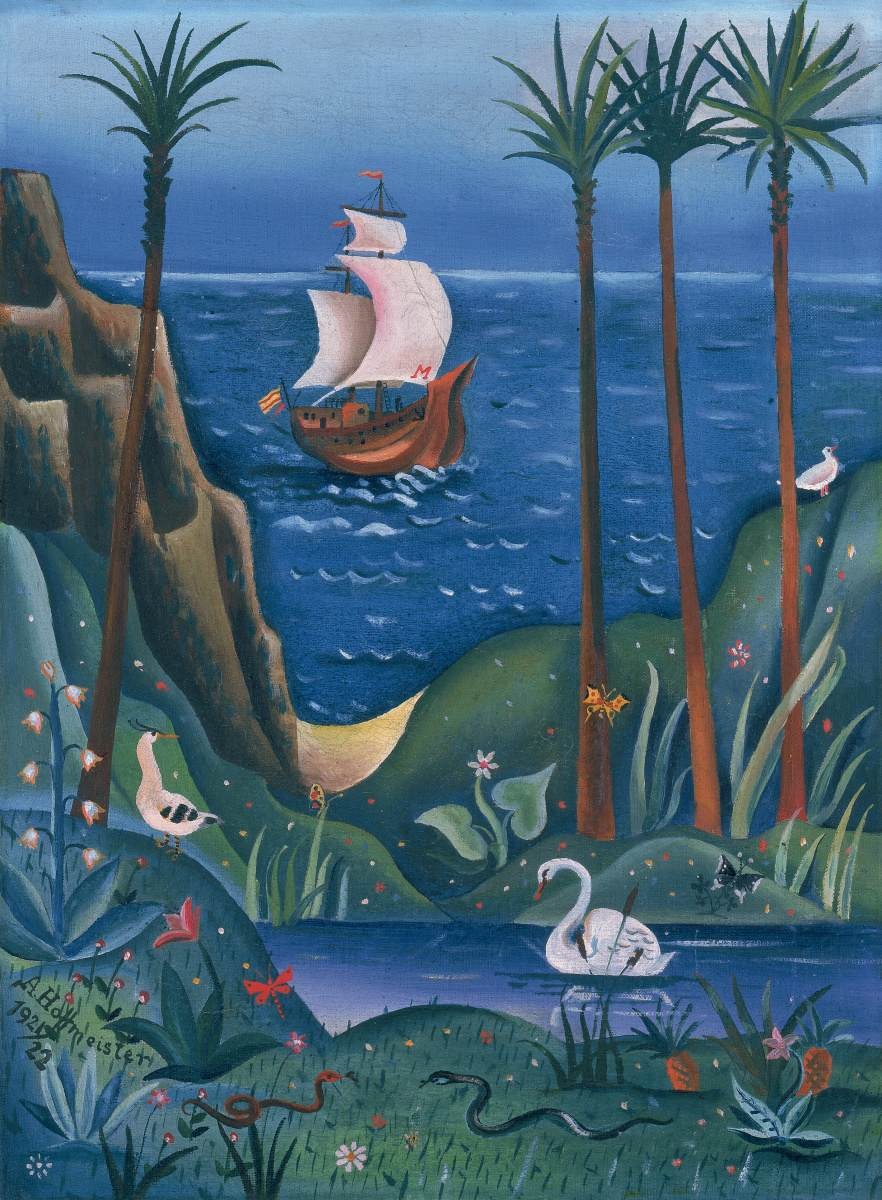