The oil painting titled Witness is one of a large group of Hudečeks drawings, graphics and paintings with the same, albeit differently approached, theme of the night walker. The first of this type of work appeared at the beginning of the 1940s. However, the motif itself had probably germinated in Hudečeks mind long before. The young budding artist moved to Prague in 1928 from the flatland of Haná where he spent his childhood and adolescent years in Němčice u Prostějova and Lipník nad Bečvou. Living in the stone labyrinth of the big city was often disheartening for Hudeček who was reclusive and sensitive. He persisted thanks to his belief that he would become an artist. He reminisced years later that at the time he was "tormented in the passes of the streets by his homesick longing for the vastness of his native flatland." Thus he escaped from unfriendly reality to his painting, for which "in the period of a long and sad sleep" he found themes in his turbulent imagination. In 1940 as part of Program D 40 an article by Jindřich Chalupecký (1910-1990) titled The World We Live In was published. At the end of the article he stated: "If art is to regain its lost significance in an individuals life, we have to return to things between and with which man lives...As not only the theme, but also the purpose and aim of art is nothing other than the everyday, terrible and glorious drama of man and reality: the drama of a mystery facing a miracle." We know that the article impressed Hudeček strongly and with the tragic turn of the political situation, Hudečeks opinion of the purpose of art began to change during 1939. The threat to the very essence of life made the painter interested in the miracles of the surrounding world. The formerly unpleasant grey streets and squares of the big city, often so unfriendly to him, became a frequent theme in his paintings. However, Hudeček didn’t just aim to capture the miracles of the surrounding world. He also wanted to capture the feelings of vertigo, horror and loneliness experienced by people at that time. In 1940 in his studio he created, in quick succession, three aquarels of the Night Walker. Thus the painter found his armorial theme to which he kept returning for several decades. In 1968 he described his fascination with this theme: "The external impulse for this long series of Night Walkers coming to life was quite accidental; a late night walk in the surroundings of the station, where no lights were visible apart from various lanterns and the network of the rails glistening in their feeble light, running as if to an emptiness, into nothingness...And in addition the stars, an ocean of stars you cannot see in the big city. But in that desperate wartime blackout the sky was full of them. Surely, the most eloquent image of the anxieties suffocating people at that time - and also the hopes that may be drawn from such images of a man lost in space, but permeated by its radiance, its stars..."
Ladislav Daněk 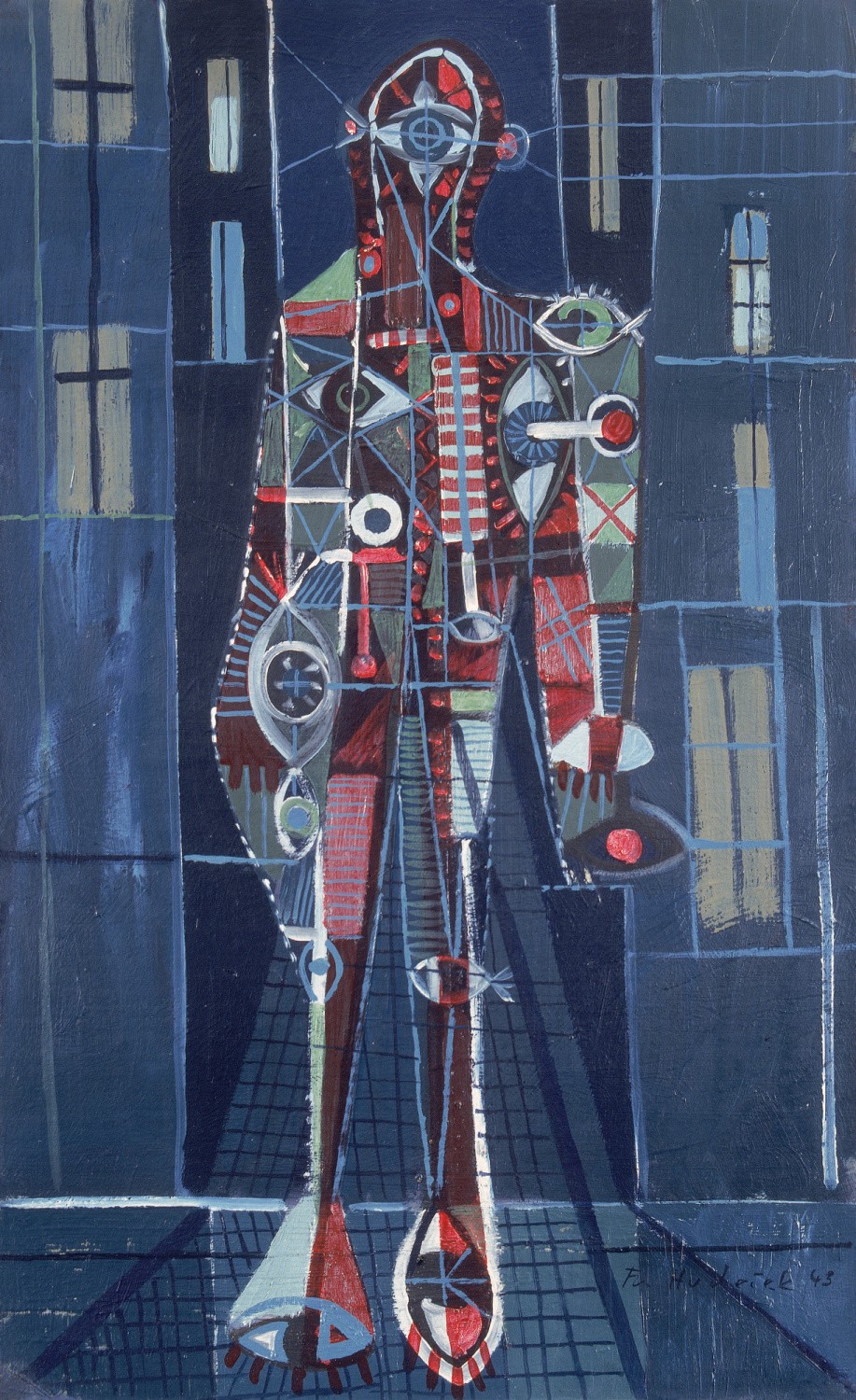