The Triumph of Amphitrite and Poseidon, after 1630

The painting by sought-after Flemish painter Frans Francken jr. depicts a fanciful scene from classical mythology and is one of his peak works. It tells the story of a triumphal ride on the occasion of the wedding of the god of the sea and water, Poseidon, and Amphitrite, the most beautiful of the Nereids. The story starts at the moment Poseidon saw the daughters of the sea god Nereos, dancing on the shore of the Island of Naxos,. Poseidon fell in love with one of the dancers - Amphitrite, who was afraid and fled to the most remote part of the ocean, to Atlantos the giant. Poseidon searched for a long time and eventually she was discovered by a dolphin and abducted. The triumphal ride followed and the wedding, the result of which would be their son Triton. In the picture, Poseidon and Amphitrite are riding a seahorse-drawn triumphal chariot. Around the chariot are Amphitrites Nereid sisters and the tritons. In the foreground of the, a putto is saddling the dolphin that discovered Amphitrite. In the middleground in a cave is a feast for the gods. Thanks to Frans Francken jr. this theme, which had never previously been dealt with in a classical literary work of art, was codified. He processed this theme in different variations in several of his compositions. 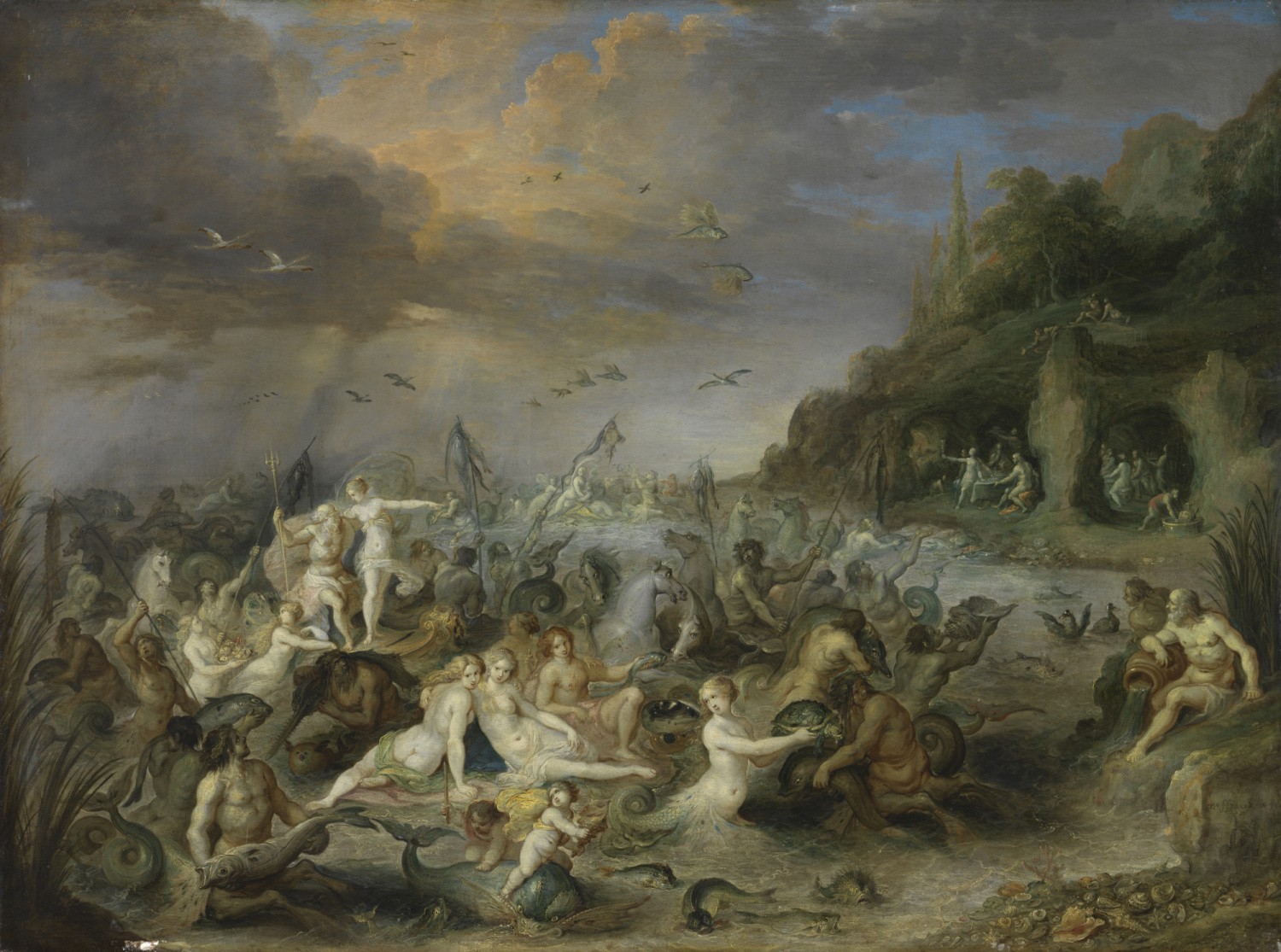 The Triumph of Amphitrite and Poseidon, after 1630
Related