Forest Landscape, [the last quarter of the 19th century / 1st third of the 20th century]
FORGERY

Autumn Landscape with a Pool, [the last quarter of the 19th century / 1st third of the 20th century]
FORGERY

Diaz’s parents came from Spain but immigrated to France because of political persecution. His father travelled even further and died in England in 1810. His mother travelled around France to find a job but also died early in 1817. The orphaned Diaz was taken in by a priest from Bellevue, near Paris. There he spent his childhood running around woods near Meudon, Saint-Cloud and Ville-d’Avray. Unfortunately, he was bitten by a snake and lost his leg. For a short time he apprenticed as a book printer, but in 1823 he started to work in the porcelain factory in Sevres. There he learnt the rudiments of painting and met Jules Dupré, son of the porcelain factory owner. In 1825 he was taught by painter François Souchon. He attended the Parisian Salon for the first time in 1831 and exhibited there regularly till 1859 (he received 3rd prize in 1844, 2nd prize in 1846 and1st prize in 1848). As a young painter, he admired works by Eugen Delacroix (he was inspired by his oriental scenes), Correggio, Francois Boucher, Antonie Watteau and Pierre-Paul Prud’hon, who inspired his early landscapes with nymphs. His masterful paintings, with a harmonic combination of figures and landscape, were popular both at the Salon and among clients. He also painted historic and religious scenes, flowers, still lifes and portraits. His career drastically changed in 1837 when he met Théodore Rousseau and started to paint en plein air in the woods near Fontainebleau with a group of painters called the Barbizon School (Dupré, Paul Huet, Constant Troyen and Camille Corot). He strongly influenced the next generation of painters. August Renoir, Henri Fantim-Latour, Gaston La Touche, Claude Monet and even Paul Cézanne admired and studied Diaz’s technique. Félix Zien and Adolphe Monticelli became his direct adherents. In the final years of his life, he was considered to be the most important living painter together with Corot and Dupré.

Although both paintings resemble Diaz’s landscapes, often accompanied by anecdotic staffage, the brushwork is obviously amateurish and casual without elaborated details. The first painting with a forest clearing depicts a woman picking brushwood, the other painting shows a forest pool with two resting figures. However, the paintings do not show Diaz’s typical loose quivering style of painting. There are also no contrasts of thick paste colours with deep texture and smoothly glazed areas that are so characteristic of Diaz. Both paintings also lack the well worked-out play of shadow and light. Last but not least, the signatures do not look authentic. The probability that the paintings were created by the prominent French landscape painter of the 19th century is very low.

Unfortunately, these acquisitions are not the only paintings that shed negative light on the collecting skills of Archbishop Leopold Prečan. Even though it was he who helped to multiply the archbishops’ gallery – and spent a great amount of money doing so – the quality of the acquisitions does not match the quantity. 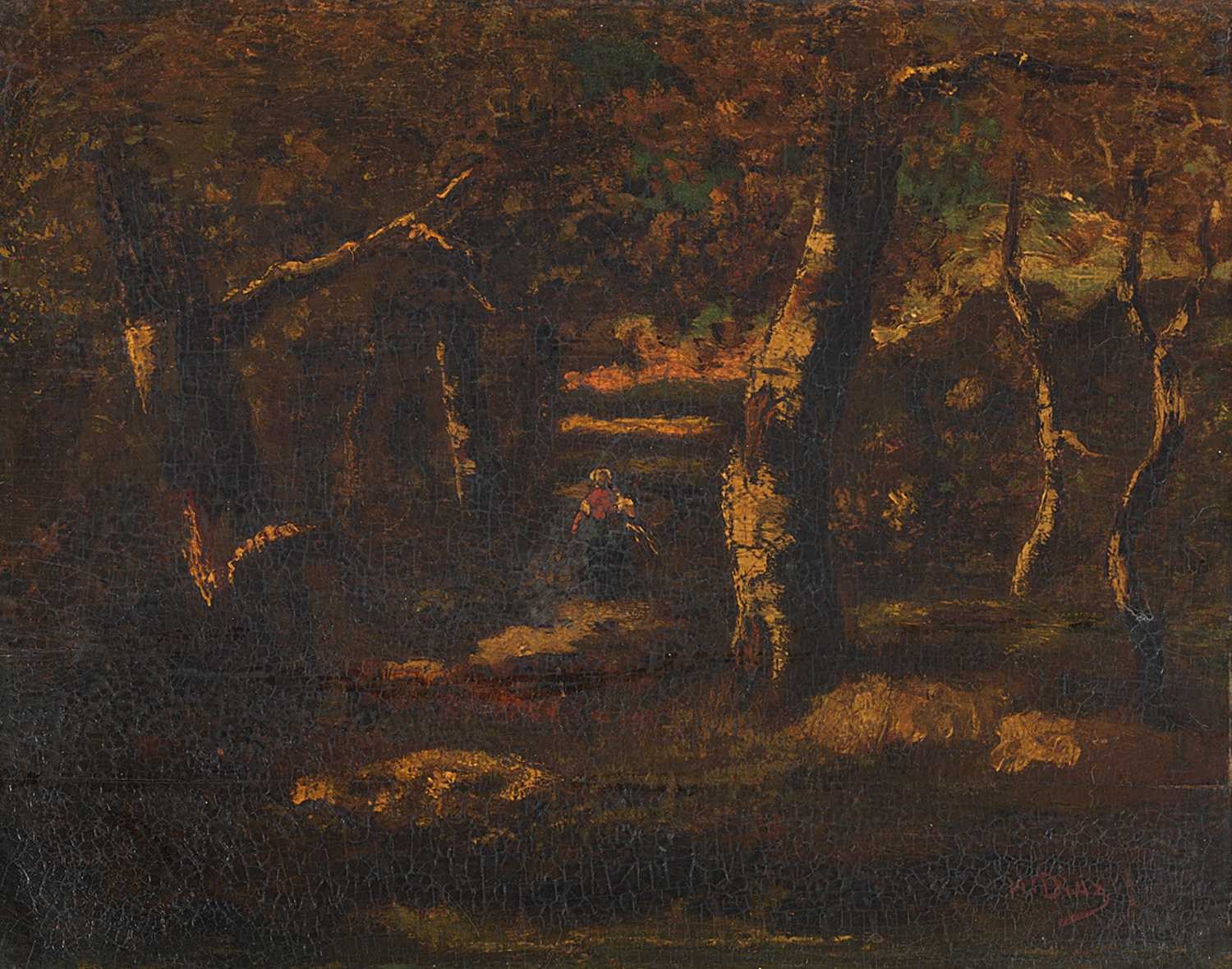 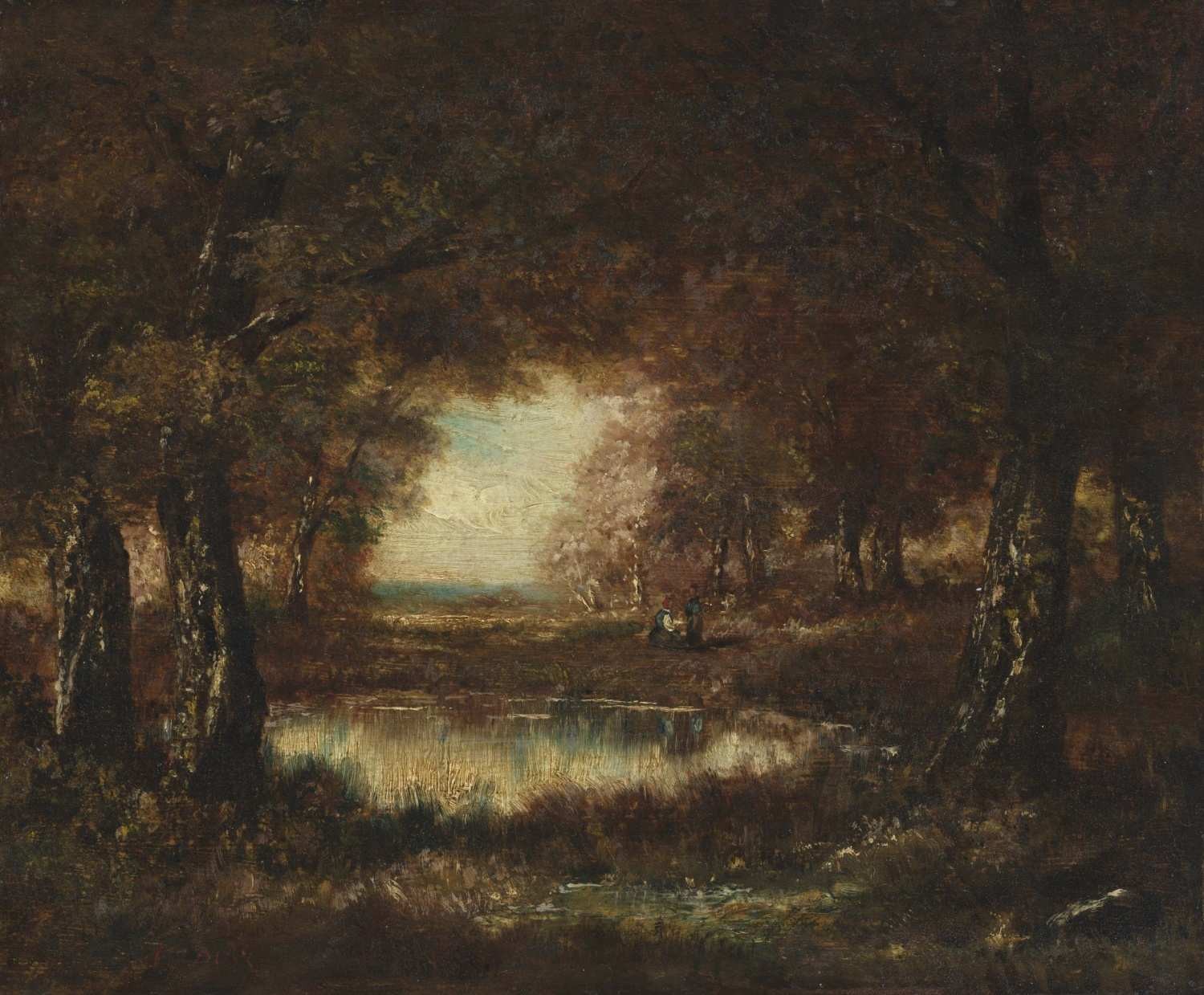