The first phase of Davringhausens work in 1914–1919 was mainly influenced by Fauvism and Futurism, which connected him to the activities of the Novembergruppe group (1918–1933).  Members of the group included Heinrich Campendonck (1889–1957), Lyonel Feininger (1871–1956), Otto Freundlich (1878–1943), Wassily Kandinsky (1866–1944) and Paul Klee (1879–1940). The group, under the influence of expressionist ideas, strived to bring to life the idea that art and architecture could change the world through radical modernism. However, only a few of Davringhausen’s works from this period (1914–1920) were preserved because about 120 paintings were destroyed during the war and dozens of works are still missing. Around 1920 the painter changed his style and soon, with Max Beckmann (1884–1950), Otto Dix (1891–1969), George Grosz (1893–1959) and Christian Schade (1894–1982), became one of the pioneers of the German movement of The New Objectivity, whose criticism of society suited Davringhausens political and artistic opinions. From the second half of the 1930s until the end of his life he developed his own style, building on previous impulses, and the seeming lack of homogeneity in his work resembles in form the "post-modern" work of Francis Picabia (1879–1953). The excellent painting titled Christus dated 1914, and the painting titled War from the same year, are two of the oldest known peak works from his first artistic period. The generous composition, both in style and format, depicts the traditional iconographic theme in a new way, which combines a cubist approach to the space and a distinct sense of refined colorism linked to the development of German expressionist painting. In view of the historical relations between the pioneers of Czech modernism and the German environment, Davringhausens monumental painting suggests a link between Czech modern art and its international connections.
Ladislav Daněk 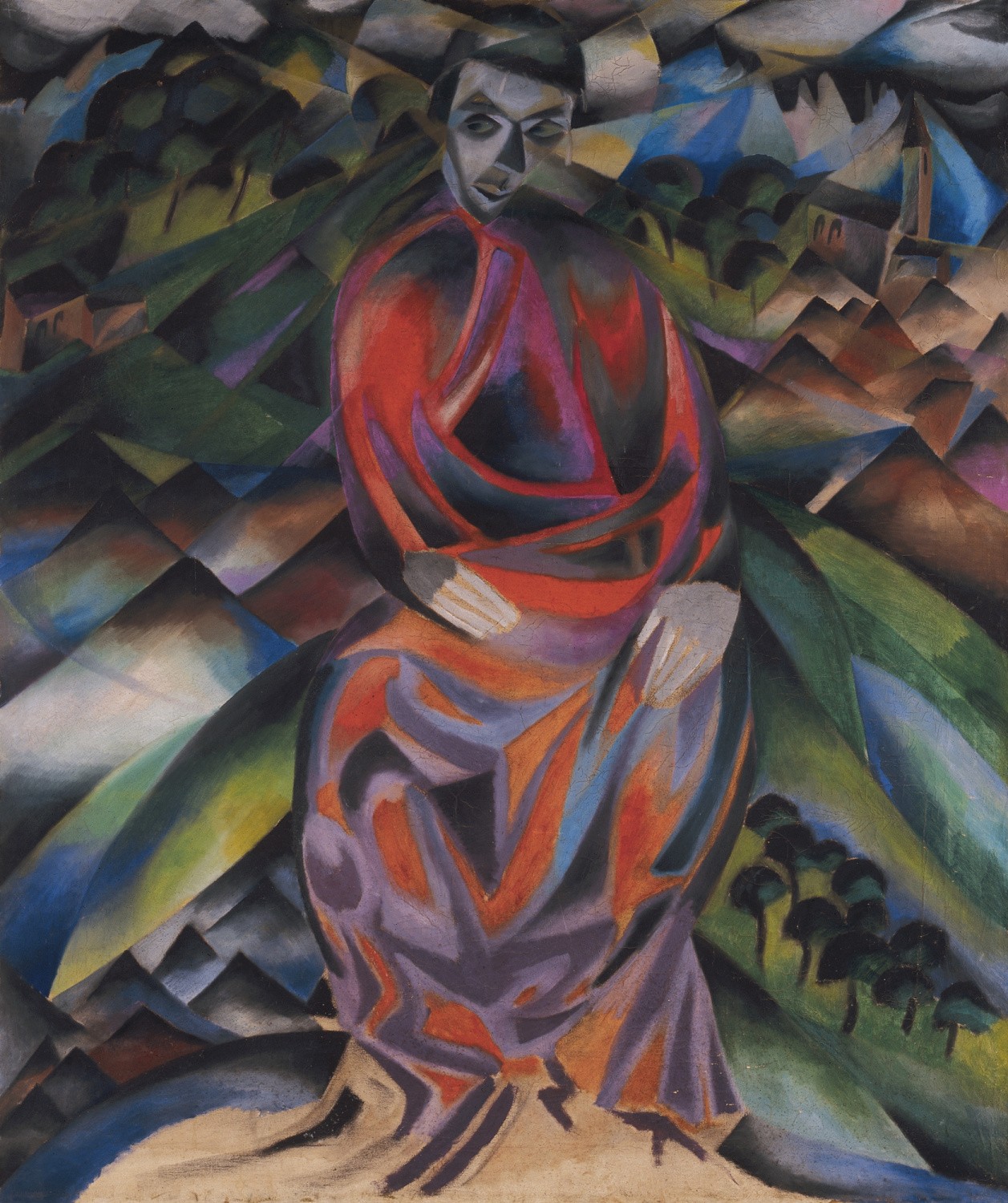