The emblem of Stanislav Thurzo de Béthlenfalva, the bishop of Olomouc, shows that both panel paintings were originally part of a retable commissioned by Stanislav Thurzo from Lucas Cranach sr., one of the most prominent court painters of his time. The depiction of the two saints with a landscape background was probably combined with the Virgin Mary on the middle panel. The retable was likely designated for the chateau chapel of the Mother of God in the new episcopal residence in Kroměříž. With the help of King Vladislav II, Stanislav Thurzo was able to pay off, for the city, the pledge held by Hedwig of Cieszyn, the widow of Stephen Zápolya. The chateau in Kroměříž and the Collegiate Church of St. Maurice were the basic elements in the episcopal representation, also manifested in Olomouc by the then newly built gothic chancel of the cathedral in 1516. At present, data are available for a precise dating of both panels. Despite the high quality of the rendering, they are fundamentally different from the other two paintings, probably a part of the same retable, made by Lucas Cranach sr. for Stanislav. The figures of the saints are more elongated and the rendering of the landscape in the background is of a completely different character. If both commissions were created at roughly the same time, these differences in style were caused by the fact that in the workshop in Wittenberg different artists worked concurrently; both martyr scenes were probably painted by Lucas Cranach sr. himself, whereas the panels depicting the two saints are most likely the work of another highly talented journeyman from his workshop. 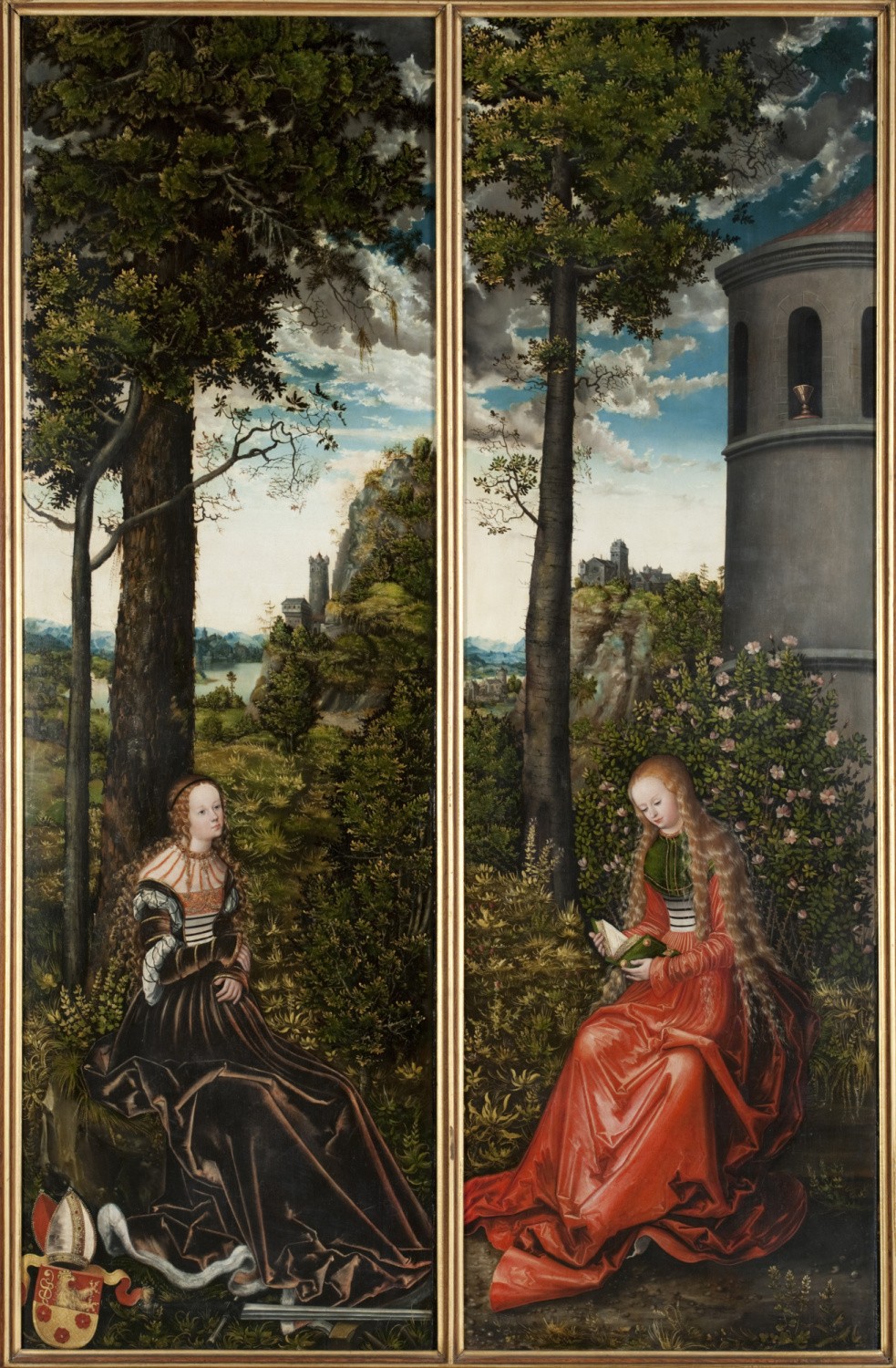