Chittussi’s father was a merchant and his grandfather came from Italy. When he was 19, he studied at the Academy in Prague, then he continued in Munich and Vienna. He was friends with Mikoláš Aleš and František Ženíšek and later also with prominent Czech writers and patrons of culture. In his early works, he focused mainly on figural painting. From the mid-1870s, he started to paint landscapes and spent some time in the Balkans, Hungary and Slovakia. After that, he was almost constantly travelling and, in early March 1879, he moved to Paris. From that time on, till his death, he took turns living in France and the Czech lands. He exhibited his work in the Parisian Salon for ten years and sold his paintings at Drouot, the biggest auction house offering works by contemporary artists. In Prague, he was presented at annual exhibitions and in the prominent private galleries. From 1884, he regularly returned to his homeland. He often depicted the area around the Iron Mountains and Bohemian-Moravian Highlands as well as the landscape in southern Bohemia. During his career, Chittussi engaged in various types of landscape painting. Apart from his usual smaller, medium-sized format, which allowed him a lively depiction and enabled him to capture atmosphere, he also painted on larger canvases and later also created a large panorama of Prague from an unusual angle. Despite some failures, he was known as the best landscape painter of his generation. His posthumous exhibition in Prague in 1892 inspired many Czech landscape artists, who then started copying his style of the depiction of landscapes.

This painting belongs among Chittussi’s major works from the time he started to paint landscapes. During his career, he employed various formats, such as veduta, studies of place characteristics and atmospheres, and emotive scenes depicting the communion of people and nature.

The importance of this painting for the painter’s future works lies in the synthesis of various types of landscape painting, which is apparent especially in the composition and motif. The emphasis is on the sky above the low-lying horizon and the close up silhouette of trees. The motif of a group of trees exposed to constant flow of winds in the foreground contrasts with the summer landscape in the background. At the same time, the trees fill up half of the painting and restrict the view.

The painting suggests a level of awareness of the current approaches to landscape painting in Prague. Chittussi adopted a new style of painting when he returned from France. In this painting, he brought into accord the choice of a specific motif and place with a more general painting strategy. The traditional demand of individual planes or properties in the picture is skilfully combined with a traditional view and perception of a landscape and with the place from which he captured the scene. Chittussi was probably standing on a ridge high above Troja Palace because the depicted building might be the executioner’s house and on the distant hill on the other side of the river, we see ruins known as Baba. From that time on, the scenic area near the Vltava, north of Prague, belonged among one of the painter’s favourite places when he was staying in Prague.

This painting belongs among the large collection of studies and pictures that Chittussi created in the oldest part of the forest of Fontainebleau near Barbizon which gave name to the famous art movement. The painter lived there at the beginning of his stay in France and created a number of paintings inspired by the local landscape. The paintings were often characterized by an autumn or winter atmosphere and the state of the landscape during and shortly after sunset. Chittussi mostly stayed on a plain near the former royal landscape park where he created several studies as well as carefully selected views of trees standing in the marshlands near ponds, streams, and puddles.

The majority of these works show a low-laying horizon with the main focus on the sky. The painter often captured a strip of forest in the background with individual trees in the foreground depicted with a high, almost portrait-like precision. However, this painting shows the forest from a greater distance or maybe it depicts the wilderness, similarly as a number of other works form Fontainebleau and Barbizon, which highlights the panoramic nature of the view. At the same time, the pair of trees near the water in the middle of the painting indicate that the composition was carefully chosen.

This painting is distinctive especially because of the lively and spontaneous brushwork, otherwise common only in studies of a smaller format. The loose brushstrokes suggest that even though it is a larger format, the painting was created right on site and not later in a studio. The experimental nature of the painting may explain its poor technical resistance which was proven by a recent survey and restoration. 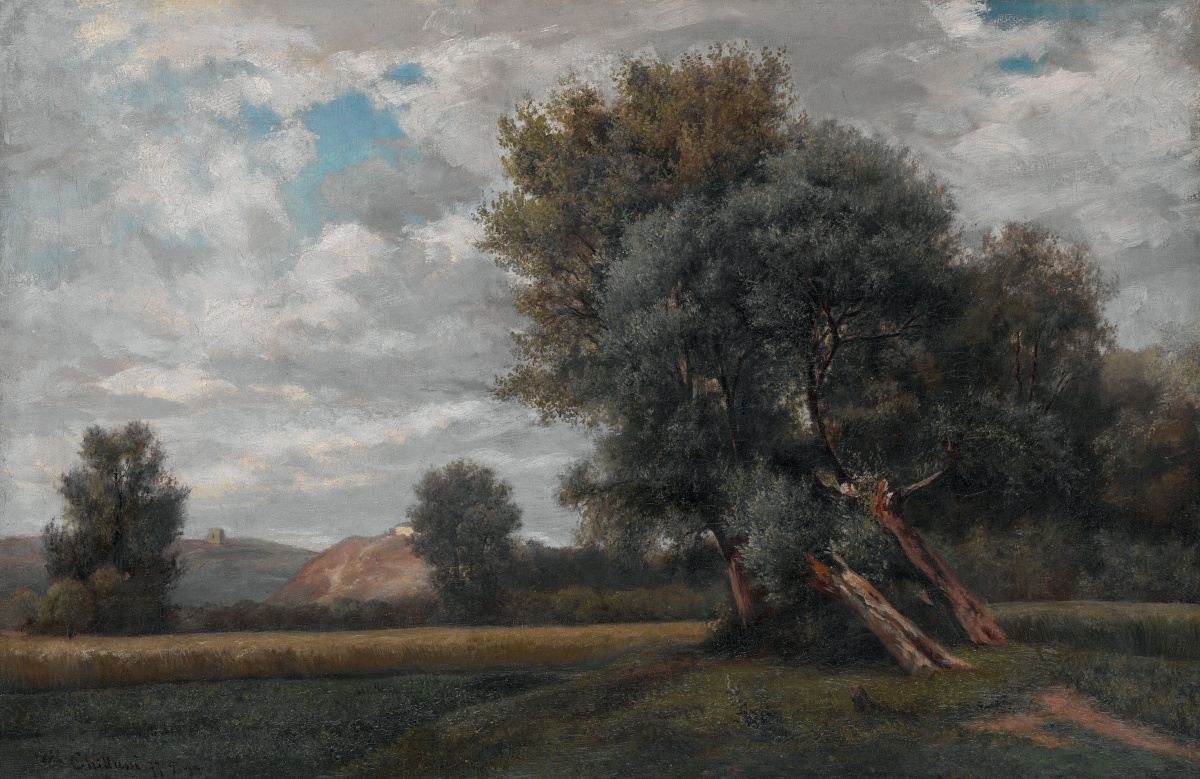 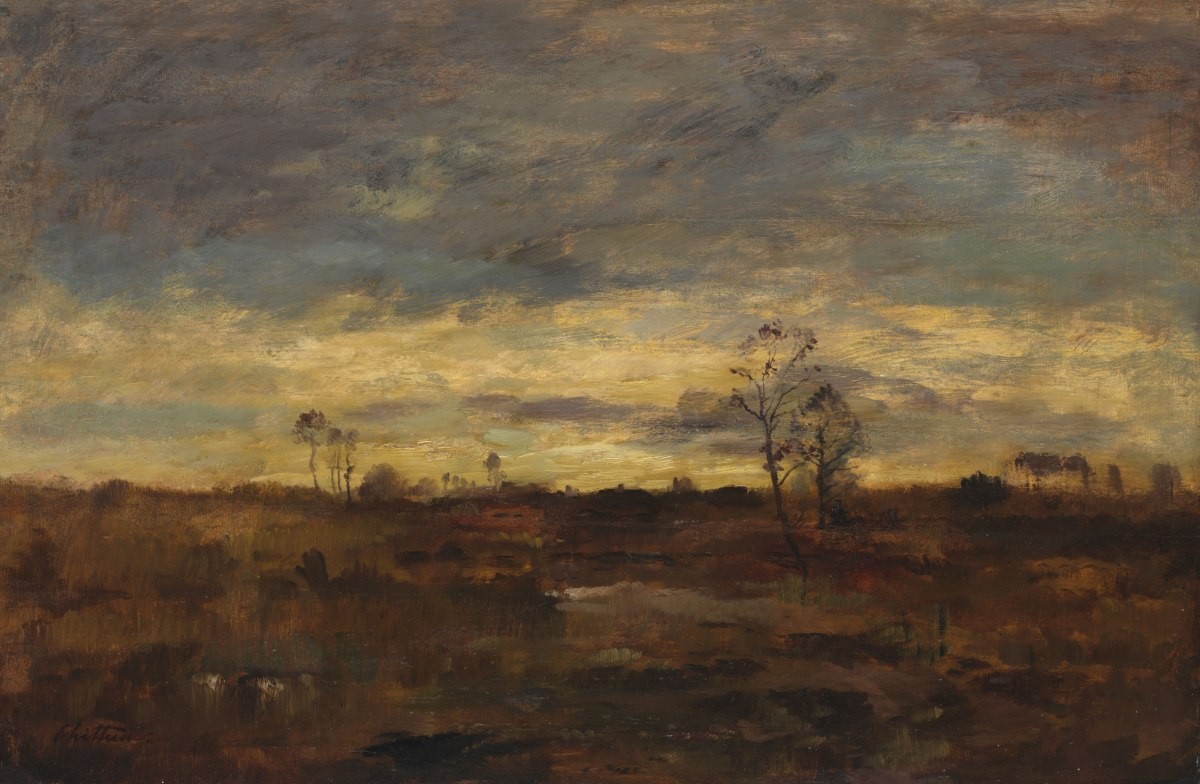