The work of Dalibor Chatrný is so vast and also, thanks to his undying curiosity, so changeable that it cannot be briefly described. Chatrný was an unusual type of artist who consistently and unostentatiously engaged in artistic reflection of phenomena and activities that influence our perception of the world. In his work he visualized the thoughts and feeling processes involved in our perception of such phenomena as time, space, area, gravity, magnetism, reflection symmetry, breathing and writing. Chatrnýs work was based on European thought and cultural tradition, but the artist knew that it was not the only model of knowledge. That is why he repeatedly dealt with the phenomena mentioned above. The result of his exploration was free inner movement across established forms of art. Chatrný found that the powers and principles that form us will never be fully understood, thus forming a parallel with the cultures of the Far East.
In the painting titled Variable Calligraphy the artists permanent interest in capturing the possibilities of perception of the plane and the space is apparent. He perceived the plane not as a two-dimensional quantity, but as a phenomenon in which the third dimension is latently present. In other words he mainly perceived the plane as an element of the space. In our example, the latent presence of the space was literally "materialized" by piercing the plane of white primed canvas. Thus the space became a part of the plane and the plane a part of the space. This permeation is underlined by the placement of the individual holes. Perforation is seemingly areal and calm in the top row. However, the holes in the lower rows diverge increasingly from the imaginary central axis around which everything practically "revolves". The diverging points - holes - thus evoke the sensation of movement on the retina and the transition of the plane into space. Chatrný emphasized the connection of the plane and the space by threading white PVC cord through some holes. At the same time he touched on another question concerning the perception of calligraphy that is traditionally associated with Indian ink drawings on paper. By this "drawing in the space", Chatrný shifted even this established category into an area of viewing not encumbered by habitual stereotypes.
Ladislav Daněk 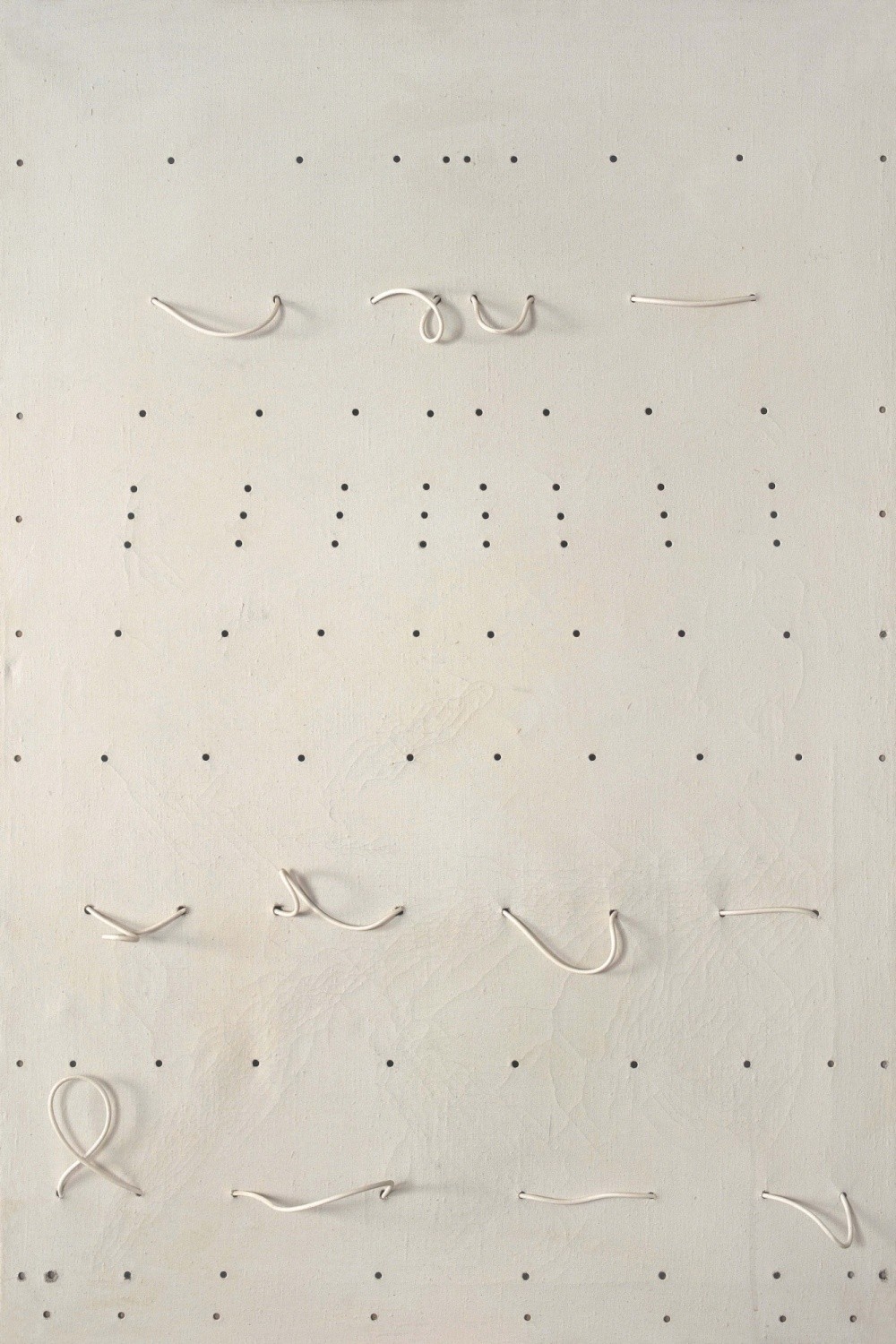