The Breastfeeding Madonna, (around 1650)

Thanks to its expressiveness, vivacity and variety of form, painting from 17th century Naples represents one of the most interesting periods of Italian Baroque painting. In Naples a great number of political, business and cultural influences, not only from across Italy, but also France, Spain and Flanders came together and the local art significantly reflected that. The work of Bernard Cavallino, a painter from Naples, also includes many inspirational sources synthetized into a unique artistic expression. You can admire his excellent work with colour and light in the Olomouc painting of The Breastfeeding Madonna. This theme had appeared in Christian art since the early Middle Ages, in particular in Byzantine icons, and was once again in favour during the Baroque period as the Marian cult culminated. Cavallino interpreted this mystical theme with deep warmth and intimacy, the painting has a strong emotional charge. The Mother of Gods insistent look captures the spectator in a very personal relationship, inviting him or her to an inner dialogue, a contemplation of ones own story.
Gabriela Elbelová 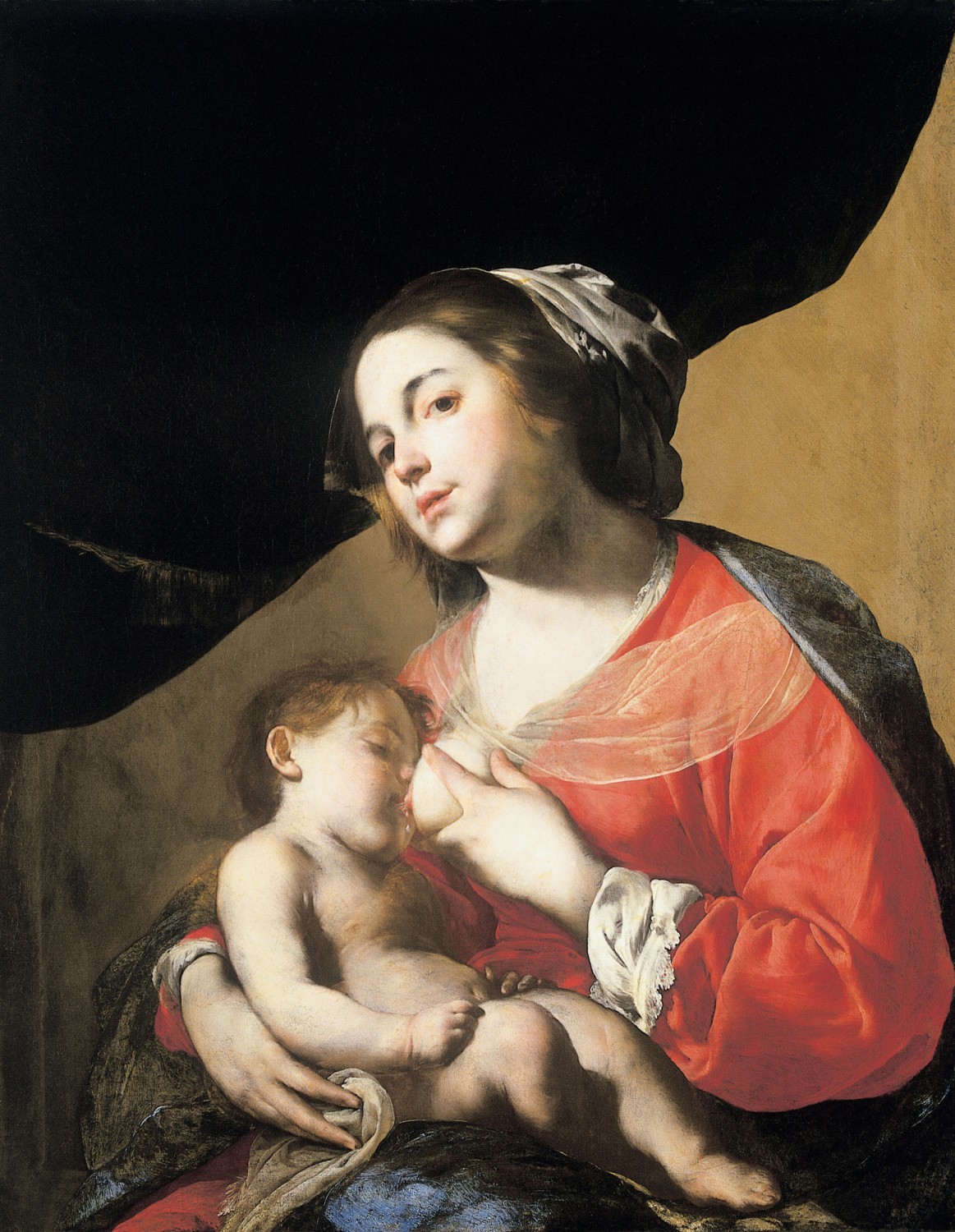 The Breastfeeding Madonna, (around 1650)
Related