Latona and Peasants, around 1588

The work by Annibale Carraci, prominent representative and founder of the Bologna painting academy, depicts a story from the Methamorphoses by Roman poet Publius Ovidius Naso. Latona or Leto was the mother of twins; the god of the sun Apollo and the goddess of the moon Artemis (Diana). Latona, fleeing from jealous Hera (Juno), stopped by a lake in Lycia for a drink of water. Several peasants gathering reeds and withe tried to prevent her from having a drink. Not even her pleas that she had two little children helped. Angry Latona punished the peasants. She changed the mean peasants into frogs saying, "Live here in this pond for eternity". The composition captures the moment at which Latona utters her curse. Some peasants are already transformed, others are still awaiting their bitter fate. Karl von Liechtenstein-Kastelkorn acquired the painting for the episcopal collections before 1691. 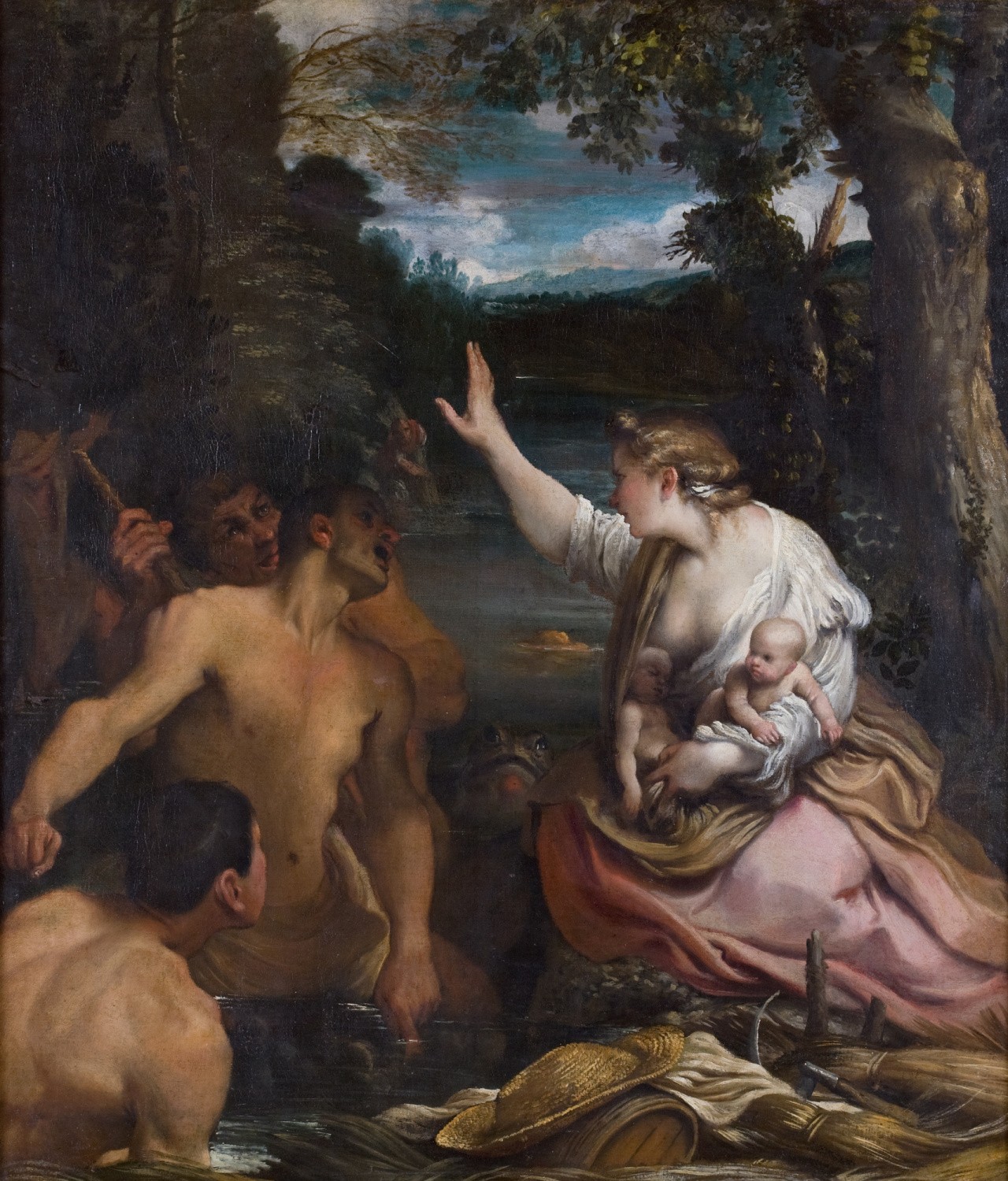 Latona and Peasants, around 1588
Related