Václav Brožík took inspiration for his famous painting from a “ballad" he read in the Framily Chronicle while travelling by train. Soon after his arrival in Munich he painted this monumental composition which depicts the climax of the career of a young woman saint. The legend says that Saint Iria (Irene) from Tomar in Portugal was a pious maiden who betrothed herself to God. She only left her home in order to attend mass in St Peters church. There she was seen by a young man named Britald, who fell in love with her and offered to marry her. However, Iria rejected him, saying she had taken vows of chastity and wanted to become a nun. At that time the monk Remigius, whose proposal she had also rejected, was spreading rumours of her pregnancy. On hearing the rumours the angry Britald acted impulsively; he hired a soldier, who stabbed Iria as she returned from church and threw her dead body into the river. It was found by the Benedictine monks. The story captured Brožík‘s imagination so much that he painted it twice - in 1873 and in 1876. Both versions depict the tragic climax of the legend, when the murderer, after his gruesome deed, lifts the lifeless body of the maiden in order to throw it into the river Nabao.
Jana Hrbáčová 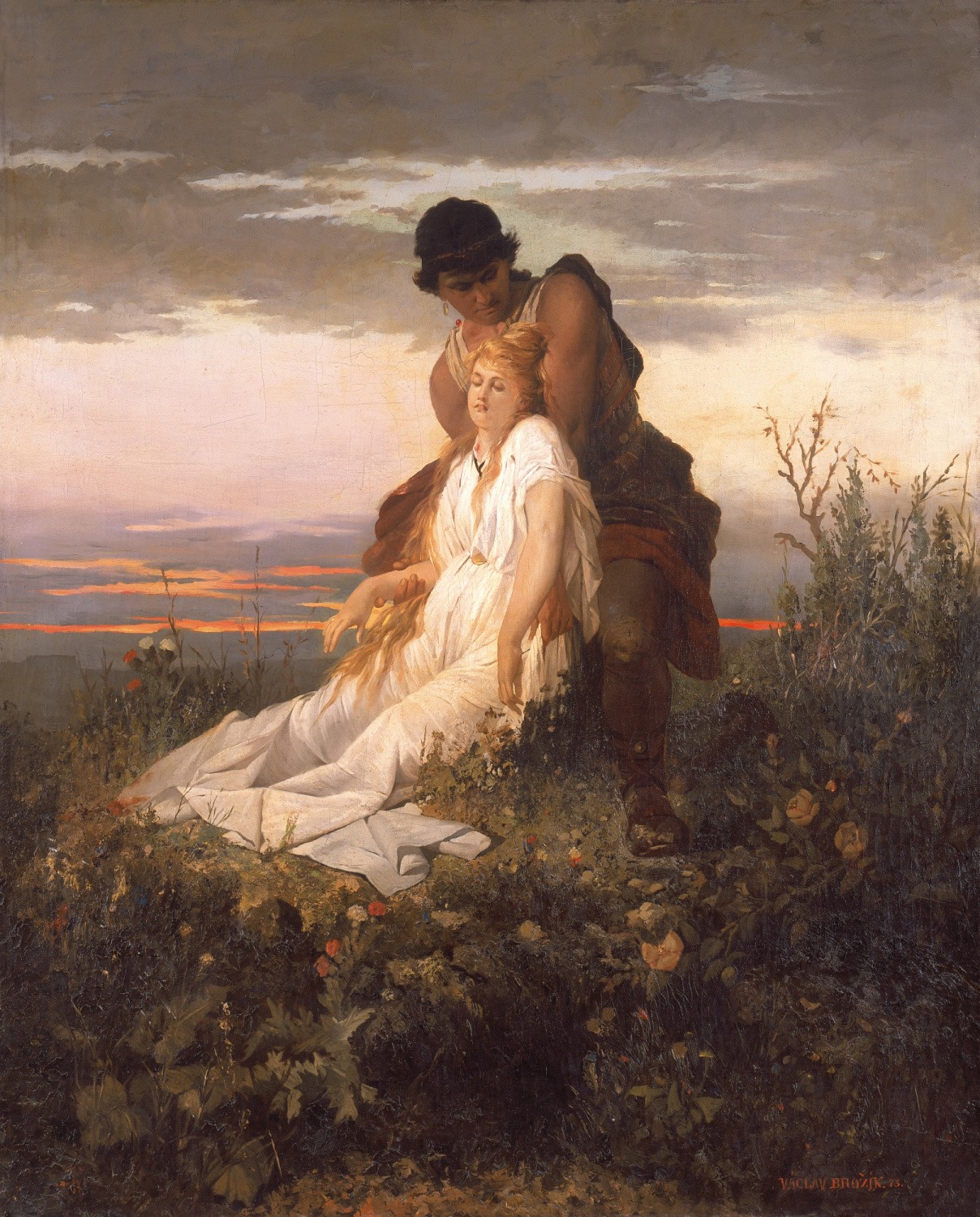