Antonín Procházka and Emil Filla (1882–1953) are usually regarded as the most prominent Czech cubists. Both painters were lifelong friends with a shared interest in art. In 1906 they went on a sightseeing trip with friends and travelled through western and southern Europe, where they saw the works of Cézanne, Gogh, Matisse and Picasso. Travelling was not the only thing they had in common. Within a group of artists, both painters were trying to assert the ideas of French Cubism in the Czech environment. The painting titled A Man and a Woman was created in 1915. From the point of view of composition, it is a balanced mixture with several levels of viewpoints, reduced shapes and pleasantly restrained colour tones permeated with the lyrical feelings of the author. In the context of Czech art history, Procházka is an indispensable and significant figure. Elements of cubism appeared in his work as early as 1910, almost concurrent with French cubism.
Štěpánka Bieleszová 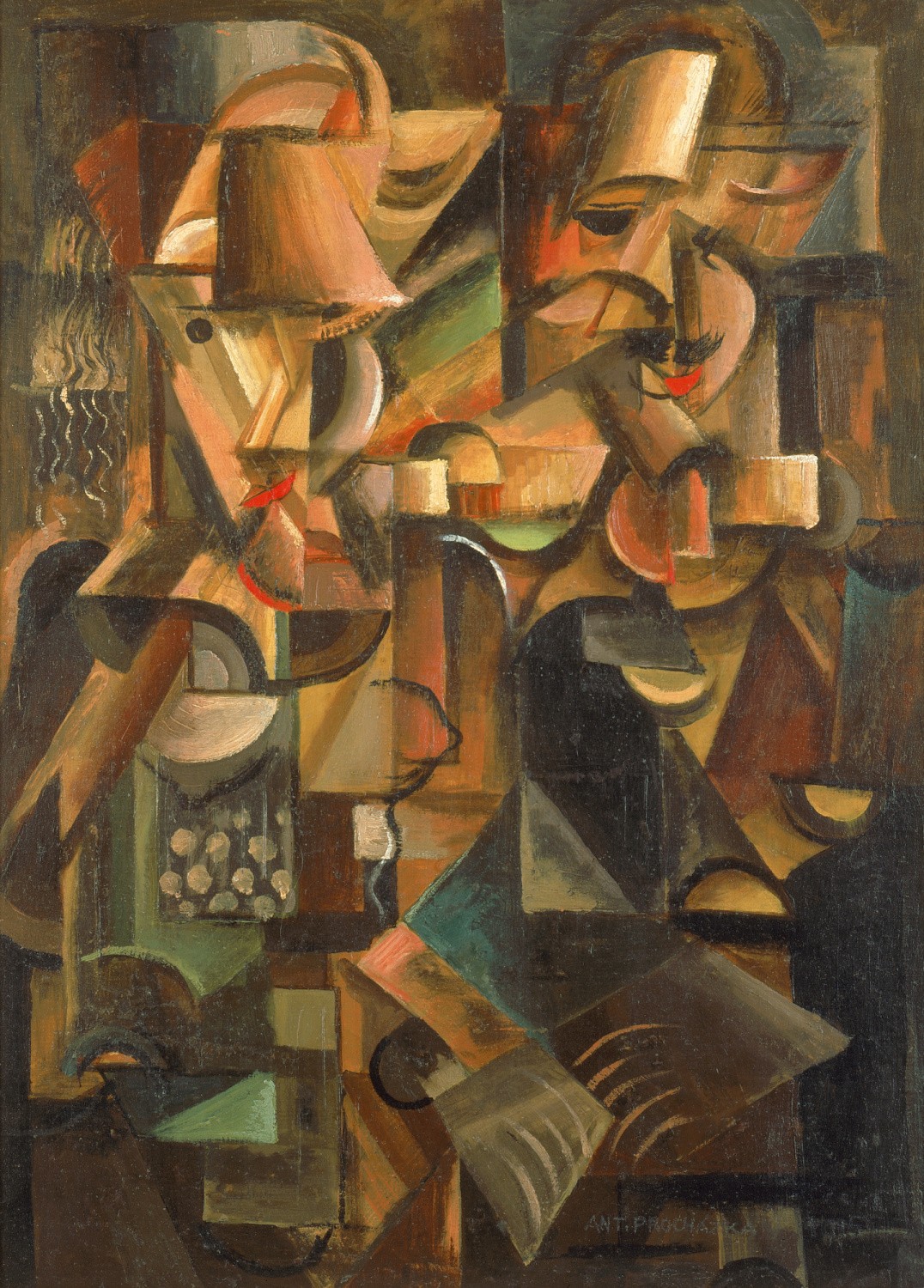