Angelika Kauffmannová was one of the most notable women painters of the 18th and early 19th centuries, due to her portraits and other works which include many allegories, much sought after in those days. Her work contains themes from contemporary literature, and historical and mythological subjects, such as Calypso in the Olomouc collection. The painter shows the nymph as Ulysses is leaving. She is standing on the sea shore, facing the direction in which he has disappeared from her sight. Passively suffering heroines, unlike stoic heroes, were not very popular in Classicist painting, in keeping with social ideals. Kauffmannová depicts women as victims of strong emotions, who do not sacrifice themselves like the male protagonists, and they do not try to find escape in martyrdom, so they are barely capable of expressing the grandeur of their grief.
Martina Potůčková 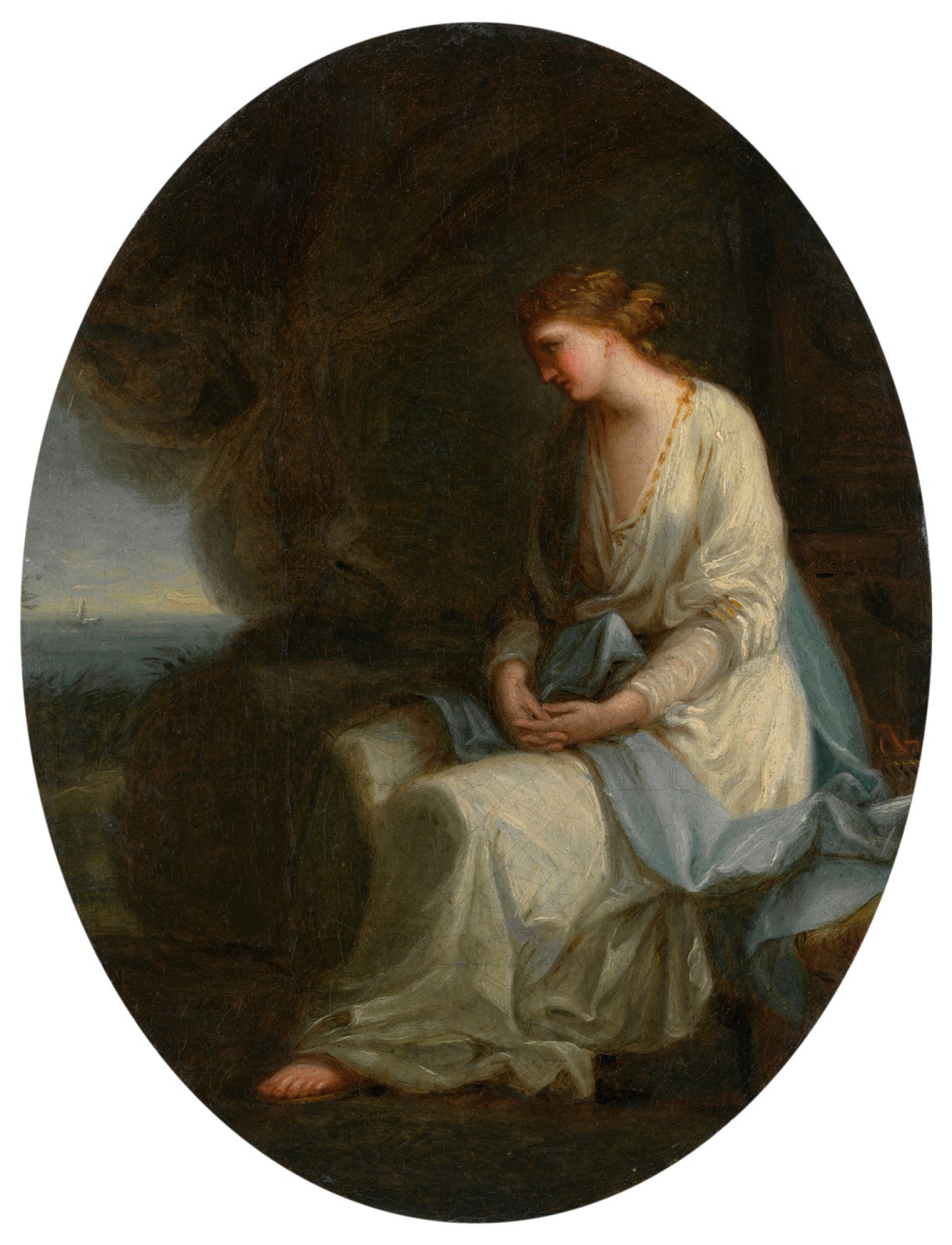