A Collegial Life, from the series Behind the Curtain, 1924

At the beginning of the second decade of the twentieth century, Emil Pitterman alias Artur Longen created a series of nine drawings (further multiplied by graphic means), good-humoured caricatures of the Prague artist community. Pitterman had abundant experience with this environment - as a graduate of František Thiele’s (1868-1945) studio at the Prague Academy of Fine Arts and a founding member of the progressive group called Osma (Eight). After 1910 he took the pseudonym of Artur Longen and as a cabaret artist he performed in cabarets in Berlin and Prague, such as the famous Červená sedma (Seven of Hearts). Pitterman-Longen did not stop his artistic activities, even during his busiest cabaret times. He is an example of an artist influenced by the work of Paul Gauguin (1848-1903) and Vincent van Gogh (1853-1890) and his early works are typified by their explosive expressiveness and colour exaltation, which gradually calmed with the beginning of World War 1. 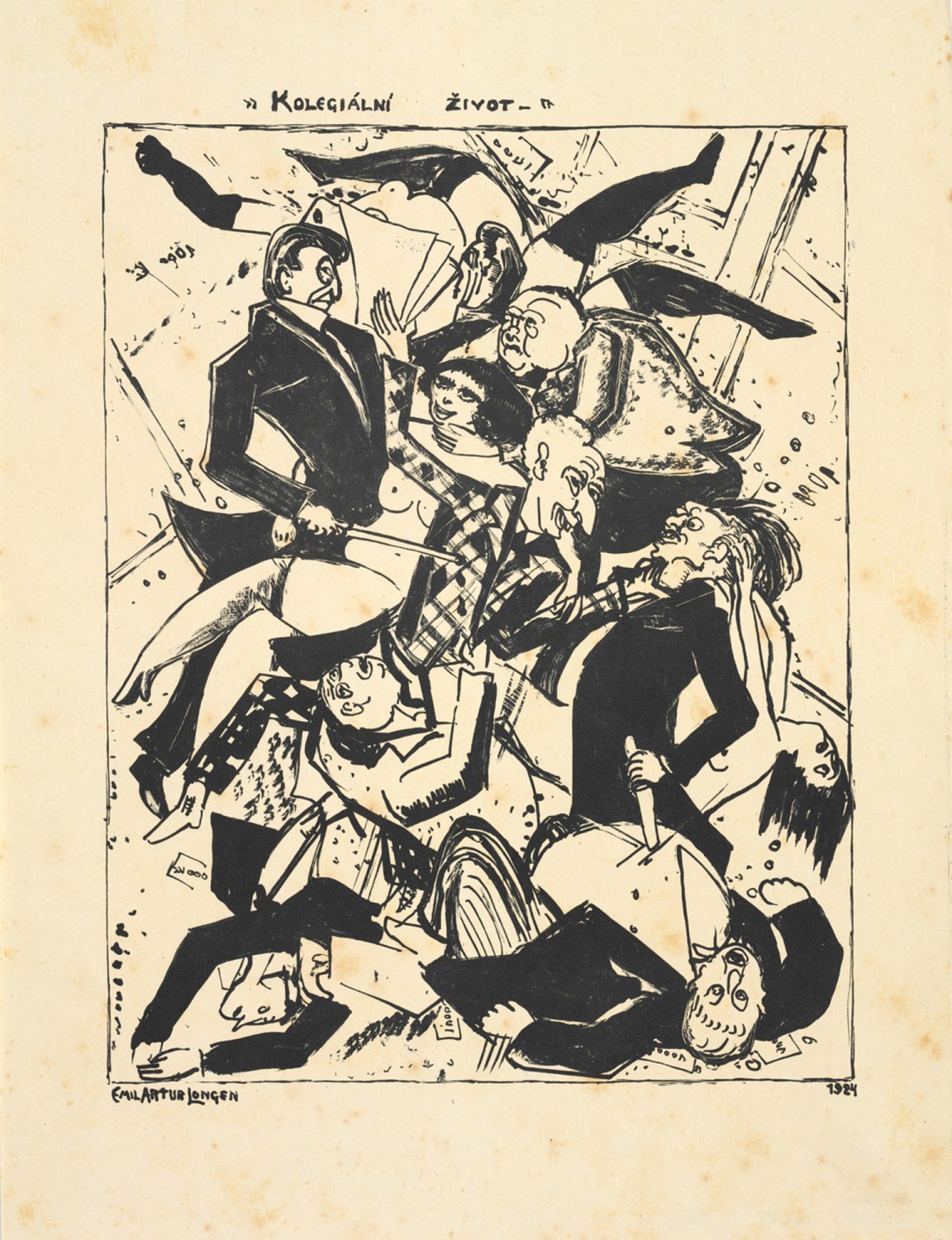