Like a number of other artists from the turn of the 20th century, Emil Orlik was part of the Czech and the German communities. He studied at the Munich Academy, co-operated with the Czech-German society of Concordia and showed his works with Vienna Art Nouveau, of which he became an official member in 1899. He acquired a professorship at the Berlin Academy where he taught from 1904 until his death. Orlik was also a keen traveller and besides his travels in Europe, he visited Asia twice. He depicted his Asian experience in several graphic albums. The varied experiences resulted in a traditionalist, neat, yet aesthetically highly impressive expression that may be considered experimental in certain, mainly formal aspects – such as in connection with using graphic techniques and photography. 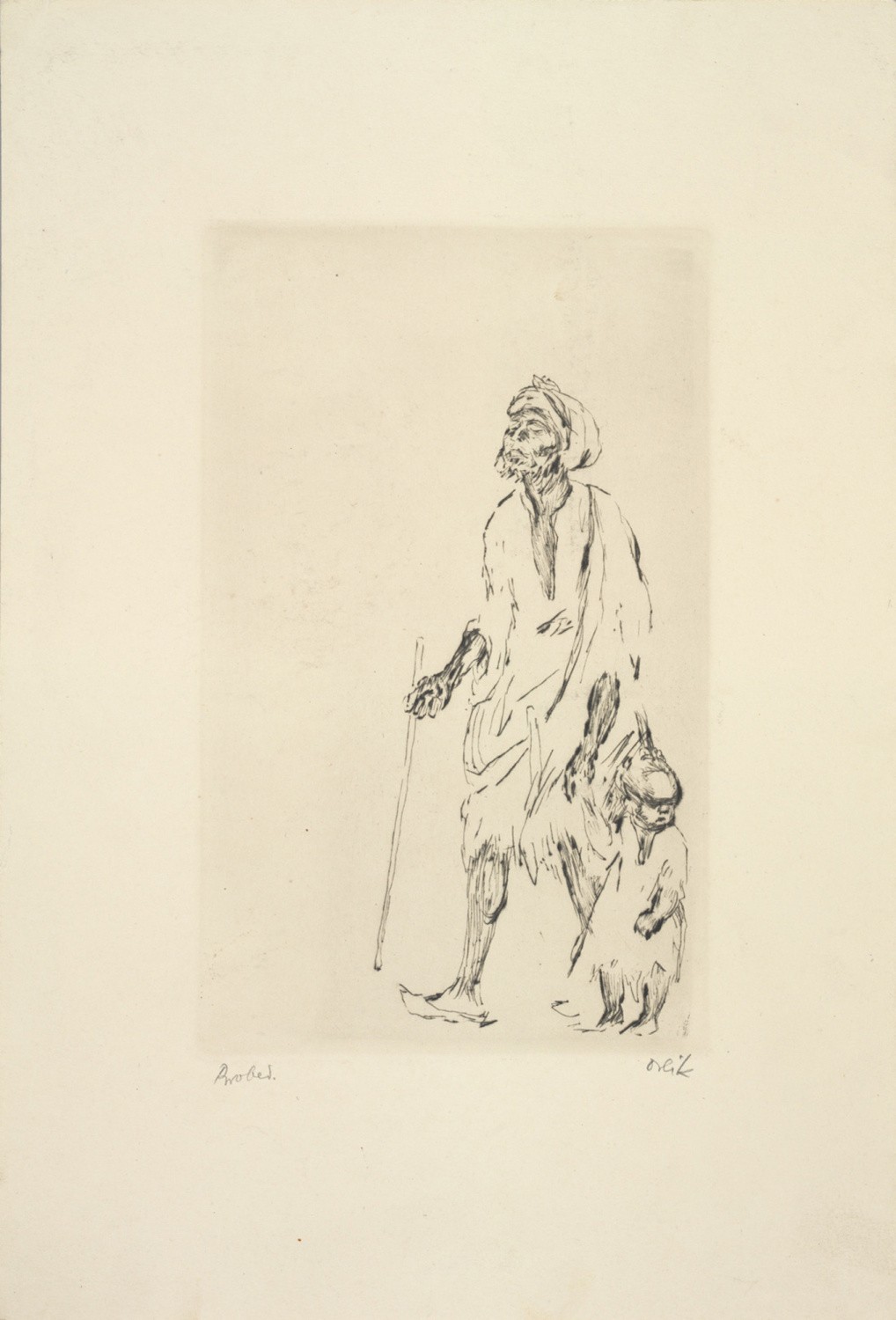